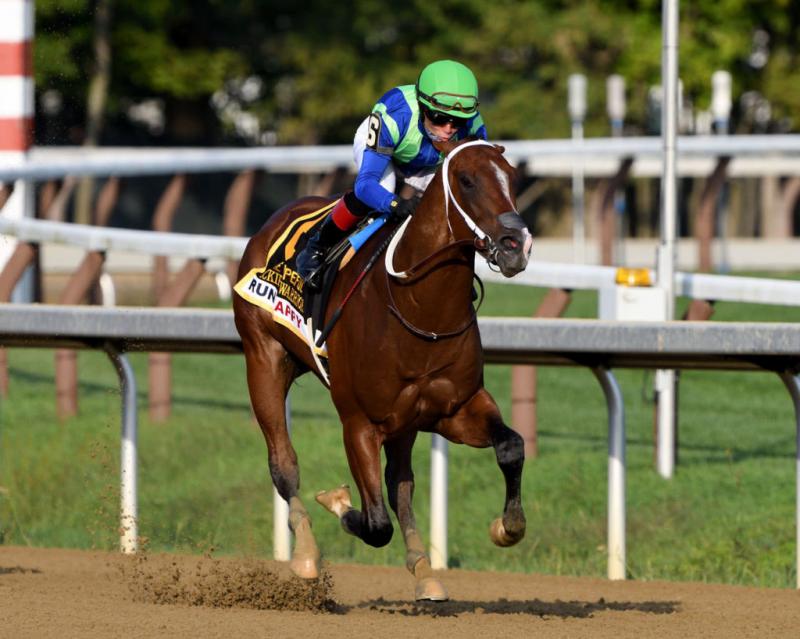 When Jackie’s Warrior puts his unbeaten record on the line in Saturday’s $250,000 Champagne Stakes (G1), the 3-5 favorite will try to land the Belmont Park feature won by his ancestors Forty Niner and Seattle Slew during their champion juvenile campaigns.

He will also try to become the second winner of the race sired by Maclean’s Music. The first is Complexity, the 2018 Champagne hero, who just scored another victory around Belmont Park’s one-turn mile in the Oct. 3 Kelso H. (G2).

Jackie’s Warrior is bred along similar lines to the top performer by Maclean’s Music, 2017 Preakness (G1) winner Cloud Computing. While Cloud Computing’s dam is an A. P. Indy mare, Jackie’s Warrior is out of Unicorn Girl by A. P. Five Hundred, a relatively obscure son of A. P. Indy. “A. P.” was by Seattle Slew, the 1976 Champagne romper before he became famous through the 1977 Triple Crown.

This cross is notable because Maclean’s Music’s sire, Distorted Humor, has been known to match well with Slew-line mares. The classic example is his son Funny Cide, the 2003 Kentucky Derby (G1) and Preakness champion. Distorted Humor is himself by the Mr. Prospector stallion Forty Niner, the 1987 Champagne winner.

Another young sire going for his second win in the Champagne, Constitution, is bred on the reverse cross of an A. P. Indy-line sire (Tapit) over a Distorted Humor mare. Last year, Constitution had a hot prospect in Tiz the Law, who crushed the Champagne en route to becoming a star 3-year-old and early Derby favorite.
Constitution is represented by a 15-1 shot Saturday in Ambivalent, a $550,000 OBS March purchase who is still a maiden, albeit stakes-placed. His dam, Screwgie, is a daughter of Smart Strike and Grade 2 turf heroine Roshani, from the family of Grade 1 victors Data Link and Hymn Book.
Reinvestment Risk is from the first crop of A. P. Indy’s grandson Upstart, himself runner-up in the 2014 Champagne. (The winner, Daredevil, is now better known as the sire of Preakness queen Swiss Skydiver.)
Civil War’s sire and broodmare sire, Bodemeister and Birdstone respectively, are both male-line descendants of 1990 Derby champion Unbridled. Bodemeister, the 2012 Derby and Preakness runner-up, sired 2017 Derby winner Always Dreaming. Birdstone, the 2003 Champagne winner, would later snuff out Smarty Jones’ Triple Crown bid in the 2004 Belmont (G1). Civil War’s dam, Princess Aspen, is a half-sister to multiple Grade 1 vixen Zazu and Grade 2-winning sire Flashback.
Midnight Bourbon is a $525,000 yearling by Hall of Famer Tiznow, thus tracing to the sire line of the legendary Man o’ War. He’ll aim to become the fourth graded winner produced by Catch the Moon (by A. P. Indy’s son Malibu Moon), after 2017 Haskell (G1) and Louisiana Derby (G2) scorer Girvin, Cocked and Loaded, and recent Salvator Mile (G3) victor Pirate’s Punch.
Run Casper Run is a son of Hall of Famer Ghostzapper, a scion of the Northern Dancer male line. His dam, the Quiet American mare Twice the Lady, was a multiple Grade 2-placed stakes winner at Aqueduct. 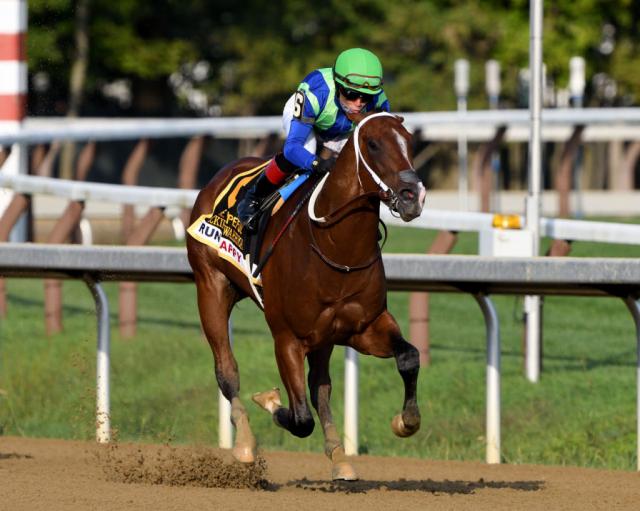