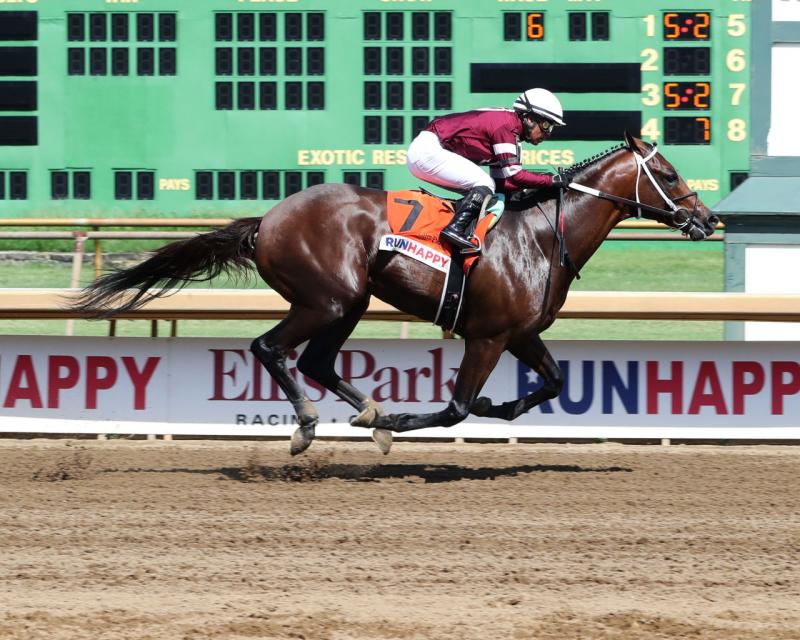 The Road to the 2022 Kentucky Derby commences in Saturday’s Iroquois S. (G3) at Churchill Downs, where several exquisitely-bred juveniles will try to live up to their pedigrees.

Triple Crown champion American Pharoah has a promising runner in Husband Material, a half-brother to Uncle Lino who was on the 2016 Derby trail. Runner-up in the Robert B. Lewis (G3) and third in the Santa Anita Derby (G1), Uncle Lino set a track record in the California Chrome S. at Los Alamitos.
Husband Material and Uncle Lino are out of Haysee, a full sister to Grade 1 victress Lady Joanne. Haysee is a half-sister to three other major winners, led by $3 million-earner Shackleford, the 2011 Preakness (G1) hero. Their dam, Broodmare of the Year Oatsee, is by 1990 Kentucky Derby (G1) and Breeders’ Cup Classic (G1) champion Unbridled. Because Unbridled appears as American Pharoah’s male-line ancestor as well, Husband Material is inbred to Unbridled. This is also the extended family of Grade 1 veteran Firenze Fire, who just savaged Yaupon when runner-up in the Aug. 28 Forego (G1) at Saratoga.
Guntown, by red-hot freshman sire Gun Runner, is a half-brother to two memorable runners at Churchill Downs – champion Untapable and Paddy O’Prado. Untapable romped in the 2014 Kentucky Oaks (G1) and later added the Breeders’ Cup Distaff (G1), while Paddy O’Prado finished third in the 2010 Kentucky Derby before becoming a millionaire on turf. They were all produced by Broodmare of the Year Fun House, herself a Grade 2 winner by 1989 Breeders’ Cup Turf (G1) victor Prized.
Stellar Tap is by the renowned Tapit, sire of current champion Essential Quality who turned the Belmont (G1)/Travers (G1) double this summer. Stellar Tap’s dam, Gioia Stella, is a half to Grade 1 queen Nereid. By Medaglia d’Oro, sire of champions Rachel Alexandra and Songbird, Gioia Stella descends from 1975 Kentucky Oaks winner Sun and Snow.
Tapit also factors as the paternal grandsire of Iroquois rivals Major General and Strike Hard.
Major General is a son of the Tapit stallion Constitution, best known for siring last year’s Belmont and Travers star Tiz the Law. Major General’s dam is by champion Uncle Mo, and his second dam (granddam) is by champion Lemon Drop Kid. This is the family of Leofric, who scored the biggest win of his career in the 2018 Clark H. (G1) at Churchill. Further in time, the female line traces through a full sister to 1946 Triple Crown legend Assault back to a full sister to the great Man o’ War.
Strike Hard is by Tapit son Flashback, sire of champion filly British Idiom. Strike Hard’s dam, Coco’s Sweetie, is related to Grade 1-winning sprinter Fabulous Strike.
Bourbon Heist is by successful first-crop sire Practical Joke, himself a son of leading sire Into Mischief. Bourbon Heist’s dam is a daughter of Elusive Quality, sire of 2004 Triple Crown near-misser Smarty Jones and the broodmare sire of Essential Quality. Bourbon Heist comes from the family of turf millionaire Chorwon, who turned a three-peat in the Louisville H. here in 1997-99, and 2012 Kentucky Oaks heroine Believe You Can.
Lucky Boss, a son of the Street Cry stallion Street Boss, is out of a half-sister to millionaire Musket Man. A mainstay on the 2009 Triple Crown trail, Musket Man placed third in both the Kentucky Derby and Preakness. Other maternal relatives include Grade 1 scorer Graydar and Ron the Greek, the 2010 Lecomte (G3) winner who matured into a multiple Grade 1 star as an older horse.
Red Knobs, by 2012 Belmont winner Union Rags, is out of a mare by Australian standout Lonhro. In the Northern Hemisphere, Lonhro is best known for siring Gronkowski, runner-up to Justify in the 2018 Belmont and to Thunder Snow in the 2019 Dubai World Cup (G1). Red Knobs hails from a stellar female line responsible for the likes of Miss Oceana and Wesley Ward’s highly-regarded two-year-old filly Her World, who crushed males in her Tyro S. debut.
Tough to Tame’s pedigree sports duplications of a few key ancestors, with the nearest being Storm Cat. His sire is Speightster (by Speightstown), and his dam is by the Storm Cat stallion Tiger Ridge, who is himself intensely inbred to Secretariat.
Roger McQueen is a son of Unified, like Gun Runner a promising freshman sire by Candy Ride. Unified has already sired a stakes winner at Churchill in Behave Virginia, who landed the Debutante S. during the spring meet. Roger McQueen is out of stakes winner Promise Me a Cat, by Storm Cat’s grandson D’Wildcat.
Magnolia Midnight is yet another representative of a first-crop sire. He’s by Midnight Storm, who is by the same sire as American Pharoah – Pioneerof the Nile. Magnolia Midnight’s dam is a daughter of Successful Appeal, sire of 2005 Kentucky Derby near-misser Closing Argument and broodmare sire of such major winners as 2017 Belmont scorer Tapwrit and current leading distaffer Letruska. 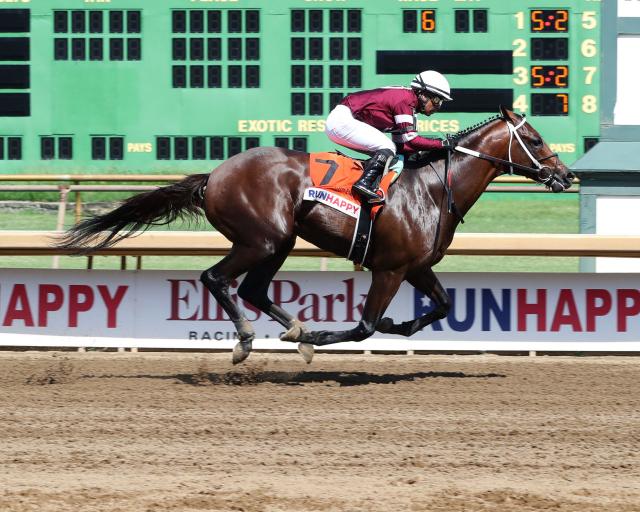