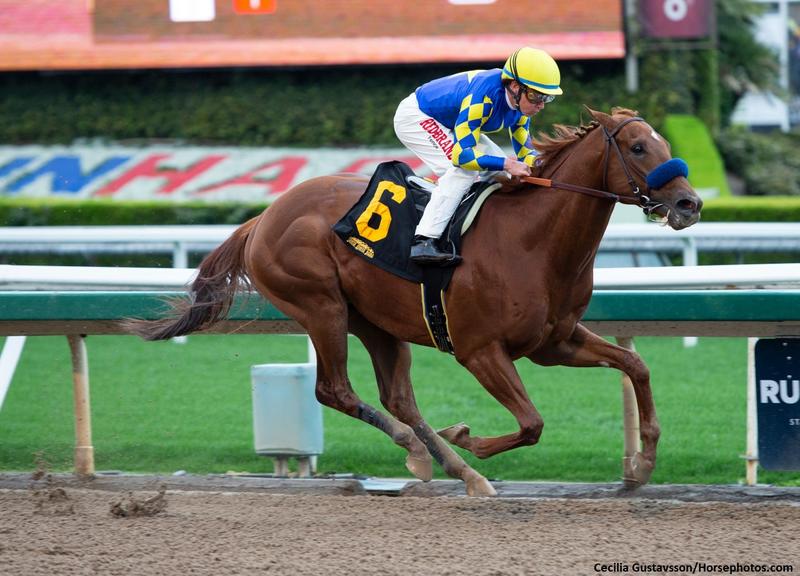 Charlatan has won both starts by a combined margin of 16 lengths (Cecilia Gustavsson/Horsephotos.com)

It’s been only two years since Justify rewrote the Triple Crown record book, but Hall of Fame trainer Bob Baffert has another rising star on a similar trajectory. Charlatan did not race as a juvenile, dominated his debut sprinting at Santa Anita during Presidents’ Day weekend, and stretched out to romp in an allowance the second weekend of March.

With the postponement of the Kentucky Derby (G1) to September 5, Charlatan doesn’t have the same unrelenting time frame that Justify had to meet. As we await his stakes debut, let’s indulge in some pedigree fun facts.

Charlatan’s sire, Speightstown, clinched the Eclipse Award as champion sprinter in the 2004 Breeders’ Cup Sprint (G1). Yet his pedigree was not that of a pure, one-dimensional speedster. By the Mr. Prospector stallion Gone West, Speightstown is out of 1995 Mazarine winner Silken Cat by Storm Cat. Since both Gone West and Storm Cat are out of Secretariat mares, Speightstown is inbred to the all-time great 1973 Triple Crown legend.

The mare is the other half of the equation, of course, and Charlatan’s dam has the ballast to support Speightstown in the stamina department. His name is a twist on hers. She is the fine racemare Authenticity (not to be confused with Charlatan’s stablemate and projected Derby rival Authentic).

Aside from signature wins in the 2013 La Troienne (G2) and Shuvee (G3), Authenticity placed in a handful of graded events including four Grade 1s. She was runner-up in the Ogden Phipps (G1), Zenyatta (G1), and Personal Ensign (G1) (to Hall of Famer Royal Delta) en route to a third to champions Beholder and Close Hatches in the Breeders’ Cup Distaff (G1). 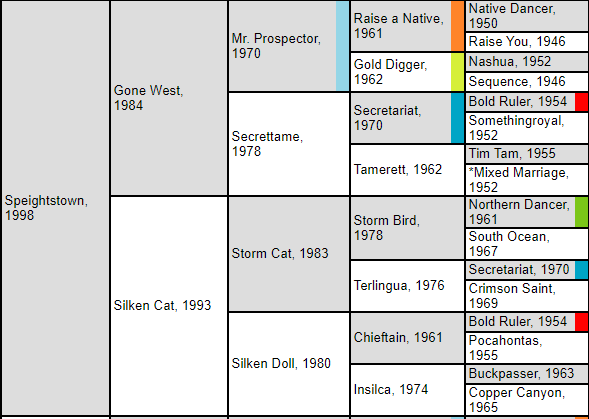 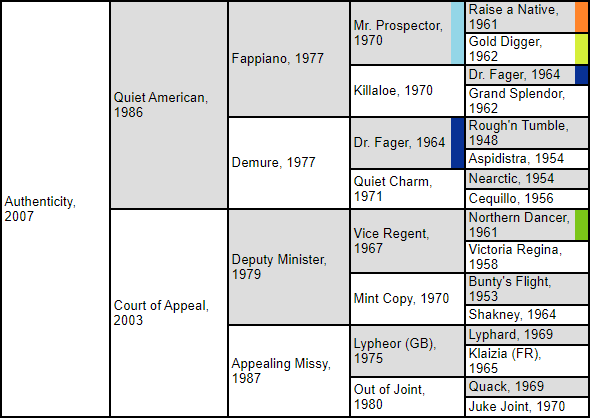 Authenticity is by Quiet American, best known for siring 1998 Kentucky Derby and Preakness (G1) champion Real Quiet who was just denied by Victory Gallop in a Belmont (G1) thriller. Quiet American has become particularly influential through his daughters responsible for such champions as Horse of the Year Saint Liam and Bernardini.

Like Fappiano and Unbridled, Quiet American was a brainchild of the legendary horseman John Nerud. But Quiet American magnifies the legacy of Nerud’s greatest horse, Hall of Famer Dr. Fager. To sum him up as the 1968 Horse of the Year would obscure his unique feat of reigning as champion handicap horse (now called older dirt male), sprinter, and grass horse in the same season.

Quiet American is intensely inbred to Dr. Fager, who is the broodmare sire of Fappiano as well as the sire of Quiet American’s own dam, Demure. Moreover, Demure is closely related to Fappiano’s dam on the maternal side as well.

Authenticity’s dam, the unraced Court of Appeal, is by Canadian Hall of Famer and outstanding sire Deputy Minister, whose progeny include Awesome Again, Go For Wand, Open Mind, and Touch Gold. Also the broodmare sire of Curlin and Rags to Riches, Deputy Minister interestingly factors on the dam’s side of Speightstown’s leading dirt performers at the American classic distance, Haynesfield and Golden Ticket.

Charlatan’s female line traces to the family labeled A4 (American Family No. 4) that’s produced five Kentucky Derby winners, including California Chrome (2014). “Chrome” and Charlatan share the same seventh dam, Judy-Rae (foaled in 1944). That connects them to two midcentury Derby winners, Hall of Famer Swaps (1955) and Iron Liege (1957), who in turn came from the immediate family of 1929 Derby victor Clyde Van Dusen. Their tribe all descends from Uncle’s Lassie (foaled in 1916).

The A4 family’s other Derby-winning member, Kauai King (1966), is a distant relation. He comes from another branch that split off in the late 19th century, so you have to go further back to find the ancestress he has in common with Charlatan, the celebrated racemare Wanda (foaled in 1882).

Wanda is reputedly the first Thoroughbred to race in aluminum horseshoes, rocking her custom-made set from Tiffany and Co. 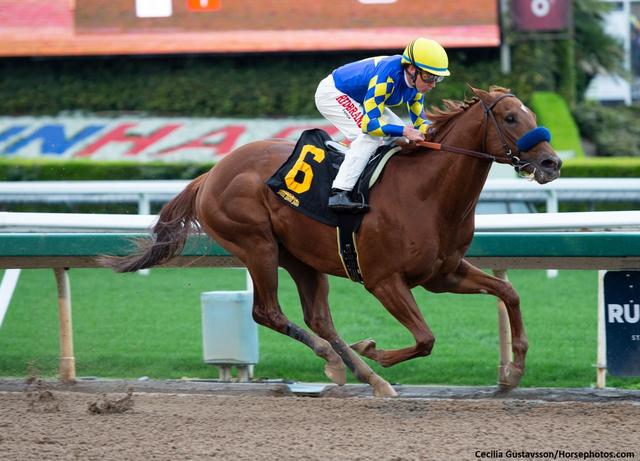