The contenders for the 2019 Kentucky Derby (G1) have blood ties with famous champions of the past as well as performers of more recent vintage.

Let’s start by identifying the sire lines represented in Derby 145.

The sire line of 1964 Derby champion Northern Dancer is responsible for seven of the top 20 hopefuls at this writing. Three are grandsons of Danzig: Omaha Beach and War of Will are by War Front, and Spinoff is by another Danzig stallion, Hard Spun. By My Standards (by Goldencents) and Cutting Humor (by First Samurai) descend by way of the Storm Cat branch, while Haikal (by Daaher) traces via Deputy Minister. Code of Honor is by British import Noble Mission, the full brother to unbeaten world champion Frankel, by supersire Galileo.

Seven more hail from the Mr. Prospector sire line. Game Winner and Vekoma are both by Candy Ride, who descends from the Mr. Prospector stallion Fappiano. Gray Magician (by Graydar) also goes back to Fappiano, as a descendant of his 1990 Derby-winning son, Unbridled. Roadster, as a son of Quality Road, comes from the Gone West branch of the line. Maximum Security is by New Year’s Day, himself a son of Street Cry, the sire of Winx, Zenyatta, and 2007 Derby winner Street Sense. Improbable’s sire City Zip and Country House’s sire Lookin at Lucky spring from other branches of “Mr. P.”

Update: Make that eight for Mr. Prospector after Bodexpress drew in from the also-eligible list. Another from the Fappiano/Unbridled line, Bodexpress is by 2012 Derby runner-up Bodemeister, in turn by 2003 Derby runner-up Empire Maker. Bodemeister has already sired a Derby winner in his first crop, Always Dreaming (2017).

Four contenders represent the sire line of Hail to Reason. Hall of Famer Sunday Silence, star of the 1989 Derby, is the grandsire of Win Win Win and great-grandsire of Japan Road invitee Master Fencer. The other two descend from the Roberto branch, Tax (by Arch) and Plus Que Parfait (by Point of Entry, a son of Barbaro’s sire, Dynaformer).

Now we’ll look at the female side of the Derby pedigrees.

As far as the dams’ sires are concerned, A.P. Indy factors twice as the broodmare sire of a contender (Game Winner and Improbable), and two of his sons also appear as broodmare sires (Pulpit for Cutting Humor and Anasheed for Maximum Security). Gone West has a similar if slightly more attenuated influence, as the broodmare sire of Spinoff, with sons Speightstown (Vekoma) and Muqtarib (By My Standards) and grandson Smarty Jones (Win Win Win) all appearing in that same capacity.

War of Will descends from the same maternal line as Tacitus, via a different branch. Both Tacitus and War of Will count Best in Show, the 1982 Broodmare of the Year, as their fifth dam (i.e., great-great-great granddam in the direct female line). The Derby rivals trace to different daughters of Best in Show, Tacitus from Monroe (dam of European celebrity Xaar) and War of Will from her full sister, Minnie Hauk (ancestress of champion Aldebaran and 1997 Breeders’ Cup Mile [G1] hero Spinning World).

Omaha Beach is a half-brother to Take Charge Brandi, the champion two-year-old filly of 2014, and a grandson of Broodmare of the Year Take Charge Lady. That makes him a “nephew” of Take Charge Indy (the sire of Derby rival Long Range Toddy) as well as champion Will Take Charge.

Tax comes from the immediate family of multiple Grade 1-winning millionaire Elate, most recently third in the Apple Blossom (G1). With his fourth dam being Broodmare of the Year Glowing Tribute, Tax hails from the same all-star maternal line as 1993 Kentucky Derby winner Sea Hero.

Game Winner shares the same celebrated ancestress as Tax, both ultimately tracing to the “blue hen” *La Troienne, through different daughters (Big Hurry for Tax and Baby League for Game Winner). Game Winner’s dam, Indyan Giving, is a daughter of two champions – 1992 Horse of the Year A.P. Indy and Fleet Indian, the 2006 champion older mare. Fleet Indian was by Indian Charlie, the beaten favorite in the 1998 Derby for Bob Baffert, who now trains great-grandson Game Winner.

Haikal is a half-brother to 2017 Vosburgh (G1) winner Takaful. His third dam, British classic winner Shadayid, was a champion in England and France from the further family of Cape Cross (sire of Sea the Stars and Ouija Board). Following the female line to the dawn of the 20th century, Haikal traces to one of racing history’s all-time greats, Pretty Polly.

Spinoff is out of 2008 Acorn (G1) winner Zaftig, who was also third in the Breeders’ Cup Filly & Mare Sprint. Zaftig is herself a half-sister to 2012 Mother Goose (G1) scorer Zo Impressive (by Hard Spun and thus closely related to Spinoff), and a daughter of Grade 1 heroine Zoftig. They descend from the same maternal line as 1984 Derby star Swale.

Improbable comes from the family of Hard Spun, runner-up to Street Sense in the 2007 Derby. Further back, this is the female line of Little Current, the 1974 Preakness and Belmont hero, and Chateaugay, who turned the Derby/Belmont double in 1963 but was second in the Preakness. Chateaugay was a full brother to champion and Broodmare of the Year Primonetta.

Roadster is a half-brother to Ascend, winner of the 2017 Manhattan H. (G1) on turf. His third dam, Grade 1 vixen Dance Teacher, is also the ancestress of 2014 Breeders’ Cup Juvenile Turf (G1) hero Hootenanny.

Cutting Humor is a half-brother to Grade 2-placed stakes scorer Irish You Well. They’re out of a half-sister to multiple Grade 1-winning sprinter Zensational, from the family of Bolt d’Oro. Further back, Cutting Humor descends from Frizette via Hall of Famer Myrtlewood, also the ancestress of Mr. Prospector and Seattle Slew.

Master Fencer is out of a half-sister to Grade 2 winner One Caroline. Descended from Broodmare of the Year Northern Sunset, he counts among his maternal relatives European Horse of the Year St. Jovite. This is a branch of the superb family emanating from Simon’s Shoes a century ago.

Gray Magician is a full brother to last year’s Robert B. Lewis (G3) scorer, Lombo. Their dam, Burg Berg, was a Grade 2-placed stakes winner on turf, herself out of a multiple Grade 1-placed stakes victress, Snowberg.

Code of Honor is out of Reunited, successful in the 2005 Thoroughbred Club of America (G3) at Keeneland. His fifth dam, Miss Newcastle (who raced 130 times!), is by a Horse of the Year not often seen in modern pedigrees – Coaltown, runner-up to stablemate Citation in the 1948 Derby on the way to a Hall of Fame career in his own right.

By My Standards is out of A Jealous Woman, a Grade 2-placed multiple stakes winner on turf. His fifth dam, multiple Grade 2 scorer Miss Musket, was beaten out of sight in a 1974 match race with Hall of Famer Chris Evert. (Thanks to Frances Karon for highlighting that after By My Standards won the Louisiana Derby [G2].)

Maximum Security’s dam is a half-sister to multiple Grade 1 winner and $3.6 million-earner Flat Out.

Plus Que Parfait is out of a half-sister to 1999 Canadian Oaks victress Touch Dial.

In terms of American classic-winning sires appearing close up in the pedigree, note that Win Win Win has Sunday Silence, Codex, Damascus, Smarty Jones, Unbridled, and Caveat all within the first four generations. Long Range Toddy has A.P. Indy, Seattle Slew, Secretariat, Unbridled, and Pleasant Colony in the same frame of reference.

Finally, lest it appear that we’ve bypassed the immortal Secretariat, you can find the 1973 Triple Crown legend somewhere deep in the recesses of 16 of the 21 contenders’ pedigrees. The exceptions are War of Will, Code of Honor, Haikal, Plus Que Parfait, and Country House. 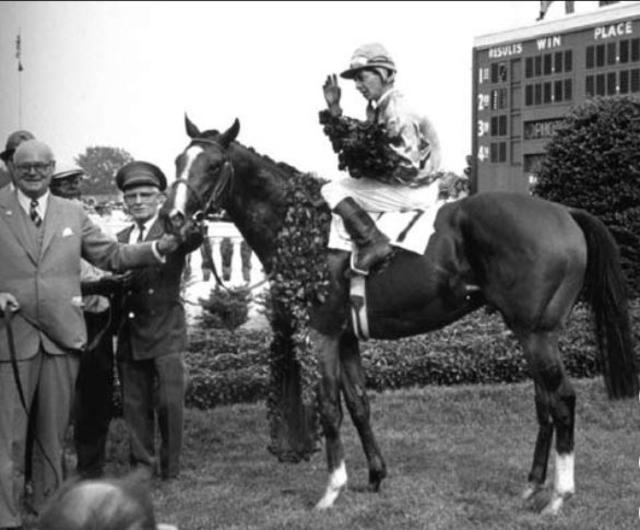