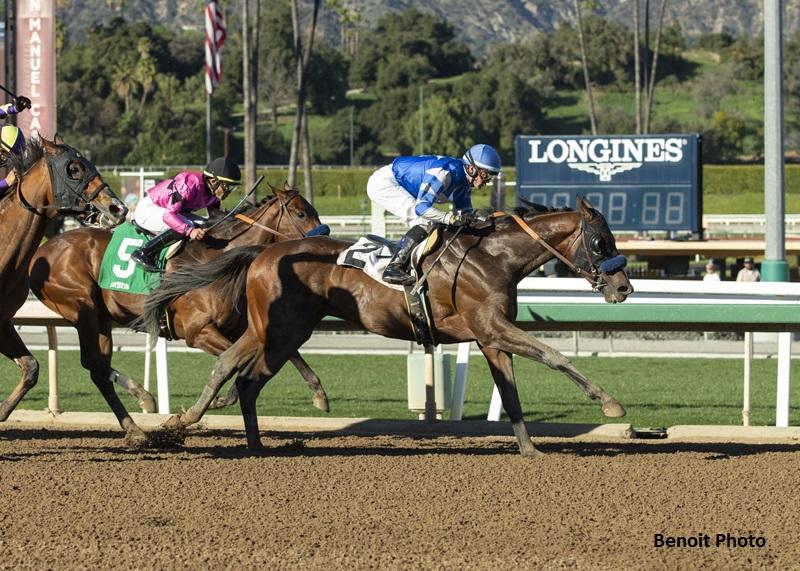 Five-time Kentucky Derby (G1)-winning trainer Bob Baffert has a few high-profile candidates who could give him a sixth trophy, but Thousand Words is the one who descends from two of his best runners beaten in the Derby.

Sire Pioneerof the Nile was Baffert’s star on the 2009 trail, sweeping the CashCall Futurity (G1), Robert B. Lewis (G2), San Felipe (G2), and Santa Anita Derby (G1). All of those wins came during California’s synthetic era, so the Kentucky Derby was his first start on dirt. As it turned out, he caught a sloppy track at Churchill Downs and wound up a distant second to 50-1 longshot Mine That Bird. Pioneerof the Nile more than made amends by siring Baffert’s first Triple Crown champion, American Pharoah.

Arguably Baffert’s greatest champion to lose the Derby, Hall of Famer Point Given, appears in Thousand Words’ pedigree on his dam’s side. The 9-5 favorite in the 2001 Run for the Roses, Point Given tired to fifth. The massive chestnut never lost again, rebounding in the Preakness (G1) and romping in the Belmont (G1) to create the pang of what might have been in the Derby. Point Given added the Haskell (G1) and Travers (G1) before retiring as Horse of the Year.

Pioneerof the Nile and Point Given came from different branches of the Mr. Prospector sire line that had Derby success. Pioneerof the Nile’s sire, the recently deceased Empire Maker, was second to Funny Cide in the 2003 Derby, but he was in turn by 1990 Derby champion Unbridled. Point Given was by Thunder Gulch, just denied a Triple Crown sweep himself when turning the 1995 Derby/Belmont double and missing by three-quarters of a length in the Preakness. 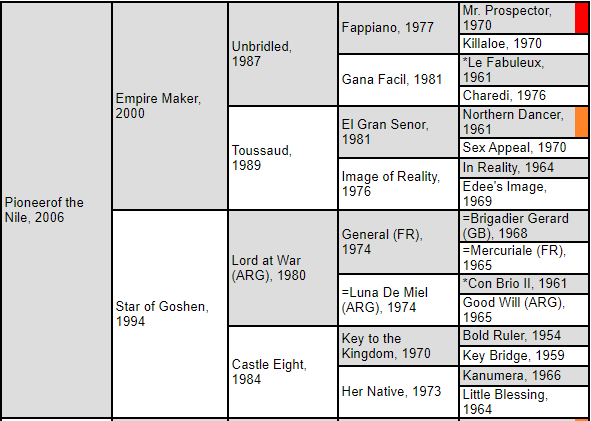 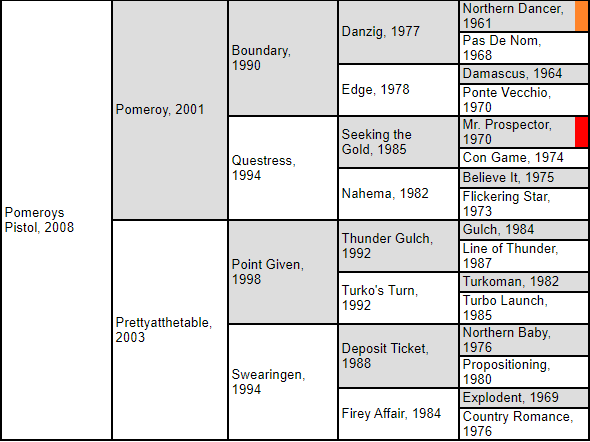 Pomeroy is by the Danzig stallion Boundary, best known for siring 2008 Derby and Preakness romper Big Brown. Pomeroy’s dam, Questress, was inbred to the great Buckpasser – both her sire, Seeking the Gold, and broodmare sire Believe It were out of Buckpasser mares. Believe It was third best behind Affirmed and Alydar in the 1978 Derby and Preakness.

Interestingly, Alydar shows up in the ancestry of Pomeroys Pistol. Her dam, the unraced Prettyatthetable, is by Point Given, himself out of a mare by Alydar’s champion son Turkoman.

Prettyatthetable was produced by the hardy turf performer Swearingen, who won or placed in 14 stakes while bankrolling $673,233 in the late 1990s. Swearingen’s dam, Firey Affair, was a half-sister to Harlan, sire of multiple Grade 1 stars Harlan’s Holiday (himself responsible for leading sire Into Mischief) and Menifee, the 1999 Derby and Preakness runner-up.

Thousand Words hails from the maternal family labeled 4-k, via a branch cultivated in Argentina. 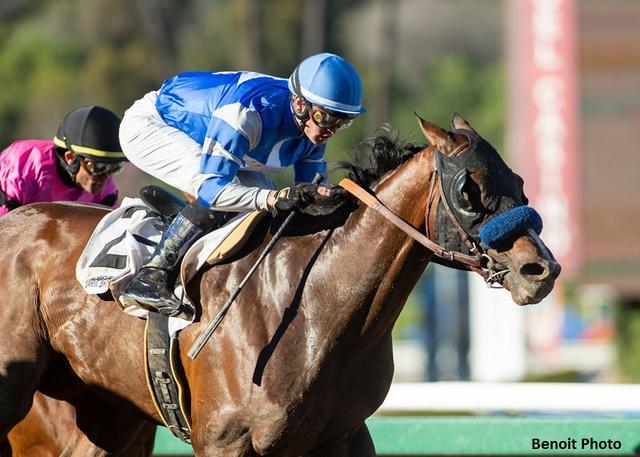