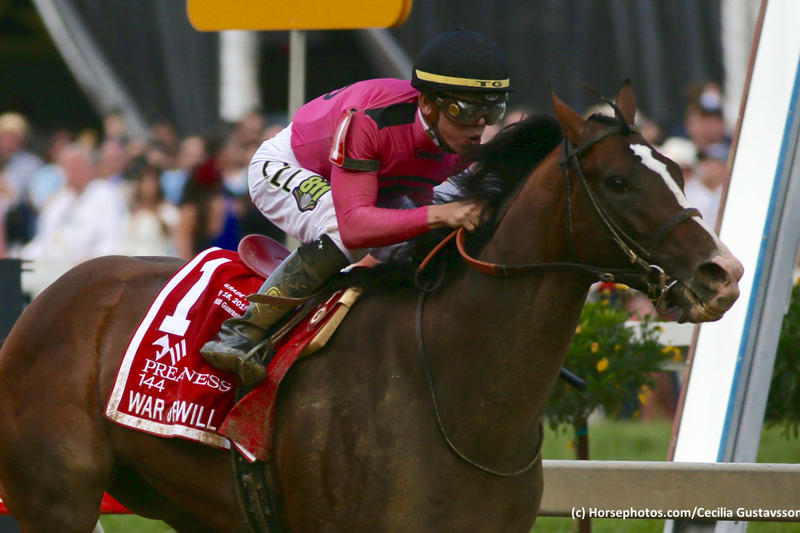 The defection earlier this week of Maximum Security from Saturday's $1 million Pennsylvania Derby (G1) due to colon issues leaves the 1 1/8-mile event at Parx without the Kentucky Derby (G1)'s disqualified first-place finisher, but it does retain a semblance of star power.

Improbable, the beaten favorite in both the Derby and the Preakness (G1), will look to extend his personal winning streak to two after a 2 3/4-length score in last month's $100,000 Shared Belief at Del Mar. Preakness winner War of Will, meanwhile, will look to snap a two-race losing skid after finishing unplaced in both the Belmont S. (G1) and Jim Dandy (G2).

"He is fantastic," trainer Mark Casse said of War of Will. "He looks good. He has put on some weight. He has matured. He is sharp. He is ready. Now, it's just a matter of having some good racing luck.

"He had an excuse in the Belmont. I don't think he liked the track at all. As far as Saratoga, he was just disappointing."

Mr. Money enters the Pennsylvania Derby on a four-race win streak, including comfortable wins in the Matt Winn (G3), Indiana Derby (G3), and West Virginia Derby (G3). Mr. Money has not beaten a field of this caliber yet, but connections have long targeted this event as the colt's big chance to enter the three-year-old championship discussion.

"We figured at one time that maybe all of them would show up here," trainer Bret Calhoun said. "We expected that and actually were kind of hoping for it, looking at the three-year-old championship situation. It's time to do it. We campaigned him that way, to keep him fresh toward the end of the year. It's a lot of money, we'd be taking on the best and maybe we get a three-year-old championship out of it.

"At the same time we haven't had a lot of conversation about it, the three-year-old championship. It's not something we discussed early on or set out to do but look, it's something that could happen. It still could, but losing Maximum Security probably hurts a little bit if we were to win."

When they last met, Guarana romped to a six-length victory over Serengeti Empress in the Acorn (G1) in what was only Guarana's second career start. The Chad Brown trainee went on to capture the Coaching Club American Oaks (G1), while Serengeti Empress followed up with a close loss to Covfefe in the seven-furlong Test (G1).

"I couldn't be happier with her the way she's training," Brown said of Guarana. "It's a very solid race. She drew well, in the clear there a bit. She's really doing well. The distance of a mile and a sixteenth will help her, too. I wasn't really looking to get her out to a mile and a quarter (in the Alabama [G1]). The Cotillion makes a lot of sense and we'll see how she does."

Others of note in the Cotillion are Street Band, the Fair Grounds Oaks (G2) and Indiana Oaks (G3) winner who was most recently third in the Alabama; multiple Grade 1 winner Bellafina, the beaten favorite in the Kentucky Oaks and a distant third in the Test last out; and juvenile filly champion Jaywalk, who enters off an upset loss in the Monmouth Oaks (G3). 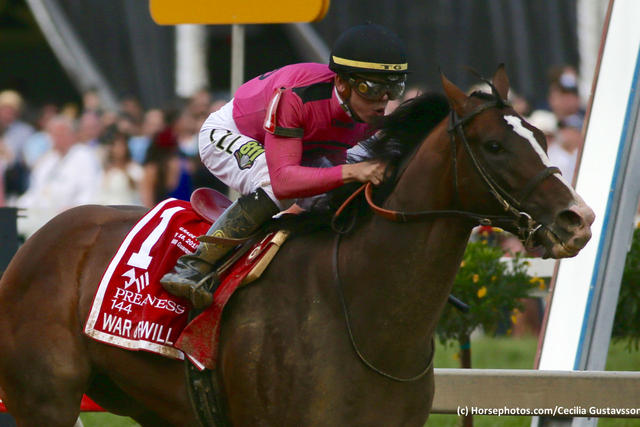