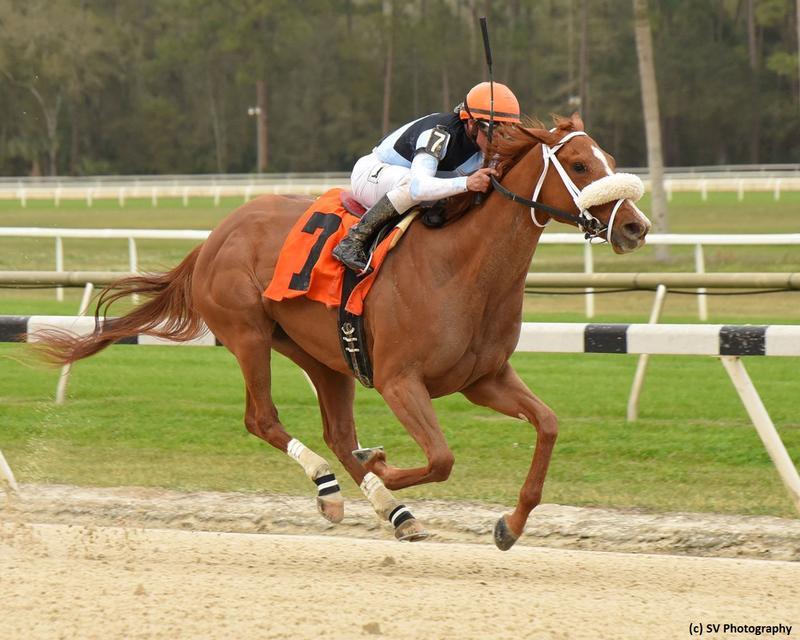 Classically bred as a daughter of Curlin from a Bernardini mare, undefeated Point of Honor stamped herself as a KentuckyOaks (G1) contender with a powerful closing rush in Saturday’s $100,000 Suncoast S. at Tampa Bay Downs.

The George Weaver trainee went off as the 5-2 favorite after dominating her December 16 debut at Gulfstream Park, and took the class hike into stakes company in stride. Last through the opening quarter-mile, Point of Honor began to improve her position down the backstretch, loomed turning for home, and rolled past Lady Kate down the lane. The emphatic 2 3/4-length winner completed the mile and 40 yards on a fast track in 1:39.78, not far off the track record of 1:39.07, with Hall of Famer Javier Castellano aboard.

Campaigned by Eclipse Thoroughbred Partners and Stetson Racing, Point of Honor is now two-for-two with $84,000 in earnings. She banked 10 Oaks points in the Suncoast.

Lady Kate, a well-bred daughter of Bernardini who was also coming off a debut win, earned 4 points. Stretching out to two turns for the first time, she prompted the pace, took over on the backstretch, and was easily best of the rest by 2 3/4 lengths.

Point of Honor was bred by Siena Farms in Kentucky and offered as a yearling at Keeneland September, but the top bid of $825,000 did not meet her reserve price – an indication of how highly she was regarded. The chestnut is the third registered foal from the Bernardini mare Zayanna, and all three are stakes performers. Her half-sister Velvet Mood captured the 2016 My Dear S. at Woodbine, and half-brother Admiral Jimmy placed in the 2017 Tremont S. at Belmont.

Zayanna is in turn a half-sister to Grade 3 winners Mr Freeze, Dilemma, and Heavenly Ransom as well as to multiple Grade 2-placed stakes scorer Capitano. They were produced by the unraced Tabasco Cat mare Heavenly Cat, herself out of the multiple stakes-placed Forty Niner mare In Excelsis Deo. Point of Honor’s fourth dam is multiple Grade 1-winning millionaire Sabin, underscoring the depth of her maternal line. 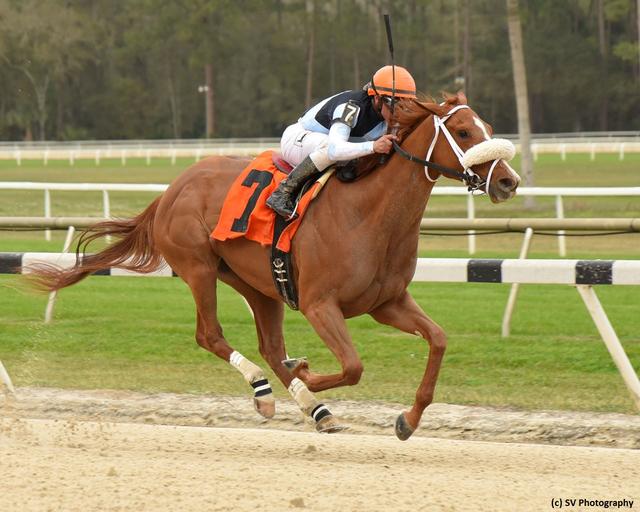