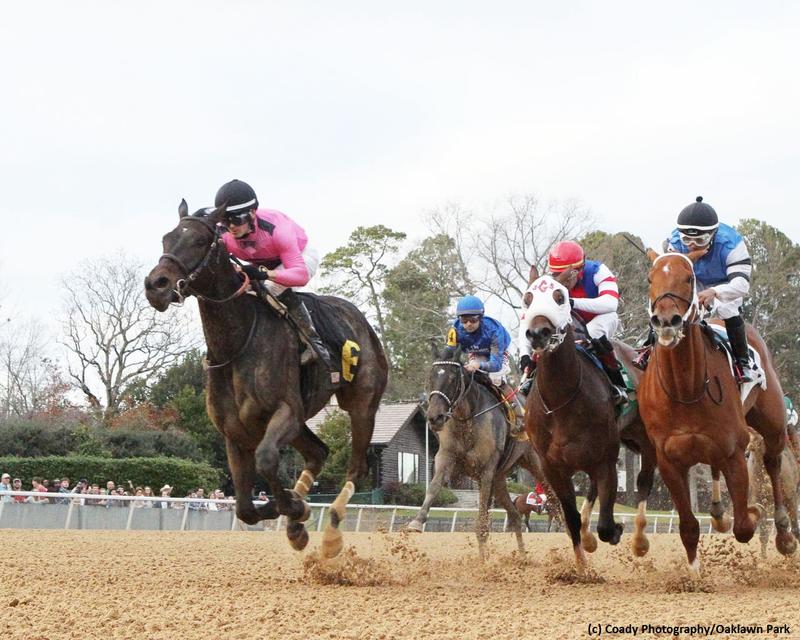 Gary Barber’s Power Gal raced wide throughout Saturday’s $125,000 Martha Washington Stakes, a Road to the Kentucky Oaks points race at Oaklawn Park, before getting up in the stretch to record a half-length victory under jockey David Cohen.

The Japanese-bred filly bided her time in fourth while three wide, stalking the early pace of :24.73, :49.95 and 1:14.32 established by dueling leaders Marathon Queen and Taylor’s Spirit. Moving up four wide, Power Gal took command of the one-mile affair over the fast main track and pulled off the score in a final time of 1:39.82.

Power Gal was sent off the 3-1 third choice in the seven-filly field, returning $3.40 for the win. She also picked up 10 points toward a starting berth in the May 3 Kentucky Oaks (G1). Marathon Queen finished second, a neck in front of Taylor’s Spirit. Those two earned four and two points, respectively, on the Road to the Kentucky Oaks, while 8-5 favorite Sunset Wish garnered one point after finishing fourth another 1 1/4 lengths behind.

“She’s a filly we liked a lot,” trainer Mark Casse said. “Early on in the year, she had a few little nagging injuries. Took her to New York, she won in New York and I thought her last race was sneakingly good. We shipped her to Oaklawn because there’s such a great three-year-old series, filly and colt series. That’s one of the reasons she’s there.”

Power Gal improved her career mark to read 4-2-0-2, $126,370, with this win. The Empire Maker filly ran third in her debut at Keeneland last April and wasn’t seen in competition again until showing up at Aqueduct to break her maiden on November 3. She closed out her juvenile campaign with a third against allowance/optional claiming rivals at the Big A in late December.

Casse said that Power Gal will remain at Oaklawn and continue to run in the track’s three-year-old filly series, with the March 9 Honeybee Stakes (G3) coming up next. The April 12 Fantasy Stakes (G3) concludes the series.

Bred in Japan by Paca Paca Farm, Power Gal is out of the High Yield mare Nan, who ran second in the 2009 Del Mar Oaks (G1) and was fifth in that year’s Kentucky Oaks behind eventual Horse of the Year Rachel Alexandra.

Nan is a half-sister to the dam of Grade 1 victor Gabriel Charles, and this female family is also responsible for multiple Grade 2 winner Pants on Fire, who finished ninth in the 2011 Kentucky Derby (G1). 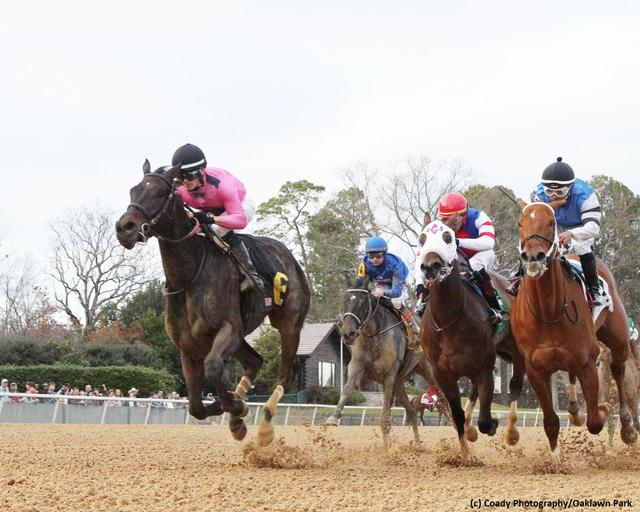