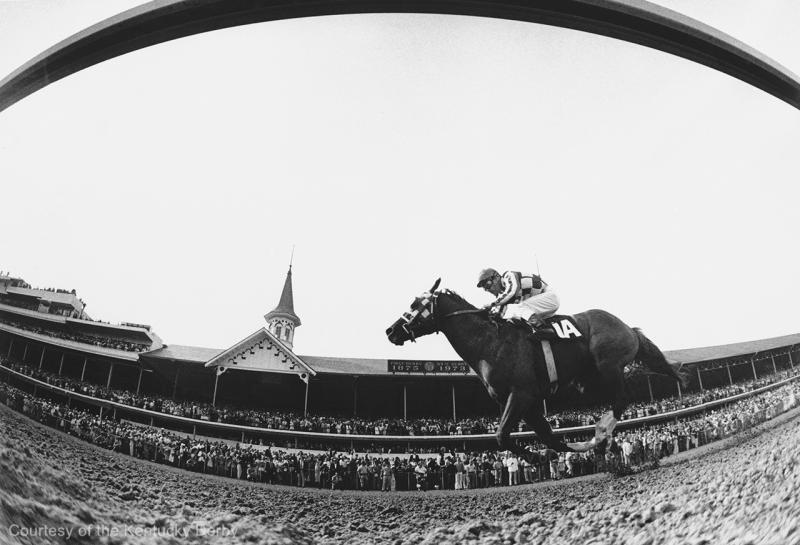 Secretariat will be a popular pick in the virtual Kentucky Derby: Triple Crown Showdown on May 2

Thanks to computer simulation technology, the 13 Triple Crown winners will square off in a virtual “Kentucky Derby” to be broadcast by NBC on May 2. Fans will have an opportunity to vote for their favorite to win, donate to COVID-19 relief, and engage in horse racing’s quintessential pastime – debating differences of opinion.

Secretariat is the one to beat, considering that the 1973 Triple Crown legend clocked the fastest times in the Kentucky Derby (G1), Preakness (G1), and Belmont (G1). The flashy chestnut also posted records when defeating older horses that fall in the Marlboro Cup (G1) as well as the Man o’ War (G1) on turf, and finished his career in a blaze of glory in the Canadian International (G2).

Yet Secretariat also turned in a few subpar efforts in defeat, and it will be fascinating to see to what extent those losses might factor in his computer simulation “performance.” The creator of the virtual race, Inspired Entertainment, uses “data algorithms including historical handicapping information” to produce the results.

If you were handicapping the Triple Crown Showdown like an actual race, the first thing you’d notice is the superabundance of early speed in the line-up. Speed was the chief weapon not only of the most recent winners, American Pharoah (2015) and Justify (2018), but also of Seattle Slew (1977), inaugural sweeper Sir Barton (1919), War Admiral (1937), and Count Fleet (1943). Hence almost half the field has the same front-running style.

In a real flesh-and-blood contest, such a race shape tends to benefit closers, and if a similar dynamic is in play virtually, 1941 Triple Crown champion Whirlaway will make his presence felt. The late-running star once owned the record time in the Kentucky Derby, and his eight-length margin is still the joint-largest in Derby history.

The brightest luminary of the 1940s, Citation (1948), would prefer if the algorithms focused on his earlier career and not his second, post-injury phase as an older horse. Compiling a combined 27-for-29 mark at two and three, Citation was rated superior to Man o’ War by some sharp judges. But he lost his aura of invincibility in 1950-51, and that might end up downgrading him relative to his merits.

(Addendum: On the other hand, Citation ran fast in a few of those defeats, which the algorithms will note. This is a case in point of the differences between the human mind’s creative processing of information – influenced by personal and historical interpretations – and the coldly clinical approach of a data-driven simulation.)

Like Citation and Secretariat, Affirmed (1978) has the tactical adaptability to place himself in the right spot, going forward or stalking as circumstances warranted. In this speed-laden scenario, he might draft just behind the early leaders before kicking on, getting the jump on Whirlaway.

Although Affirmed’s greatest quality, his will to win, can’t be quantified, the algorithms can appreciate his consistency and effectively flawless record at this 1 1/4-mile trip. (He finished first in all six races at the Derby distance, but was disqualified in the Travers [G1]). In the real world, it’s not meaningful to compare Secretariat’s time at Churchill Downs to Affirmed’s times six years later over faster strips at Hollywood Park and Santa Anita. But the simulation might care very much that Affirmed ran faster – 1:58 2/5 and 1:58 3/5 versus 1:59 2/5. And he carried more weight, up to 132 pounds.

The stalker Gallant Fox (1930) can also work out a decent trip in principle, but his historically slow times will weigh heavily against him. Never the type to overexert himself, his penchant to win with “speed in reserve” doesn’t translate well to a virtual race against other Hall of Famers. Gallant Fox’s son Omaha (1935) is likewise up against it, especially since he didn’t win as often as his sire. Depending upon whether (and how) the algorithm includes his four starts in England, Omaha could fare worse. Assault (1946) got hot during two distinct periods of his career, and he shares the Derby margin record as an eight-length hero. Nevertheless, his overall record is too spotty for the simulation to elevate his chances in this all-star cast.

Unless we can watch them settle the issue once and for all in horse racing’s equivalent of Valhalla, the virtual “Kentucky Derby: Triple Crown Showdown” is the next best thing. Here’s to a fun and entertaining clash that is sure to spark many arguments, pre- and postrace! 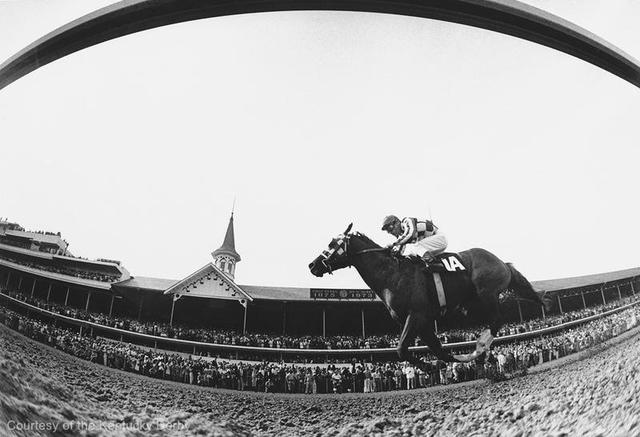