Ranking the Kentucky Derby winners of the 2010s

There's a popular adage that there are no bad Kentucky Derbies, though some are better than others. The same could be said of the winners.

How do the Kentucky Derby winners of the 2010s stack up against each other? Here's one take.

Arguably the most celebrated U.S. Thoroughbred of the decade, he was "finally the one" to end an excruciating 38-year Triple  Crown drought dating back to Affirmed in 1978. A most deserving addition to that pantheon as he was voted champion at 2 and capped his Horse of the Year campaign with an emphatic victory against older rivals in the Breeders' Cup Classic (G1).

Followed in the hoof steps of American Pharoah with his own sweep of the Triple Crown for trainer Bob Baffert. Although he never ran again after the Belmont S. (G1), he was the first winner of the series to retire undefeated and the first Derby winner since Apollo in 1882 not to have raced as a 2-year-old.

An extremely popular runner during his relatively long career, the California-bred proved a versatile talent and displayed it overseas as well with a dominating victory in the 2016 Dubai World Cup (G1). Won two division titles and was twice voted Horse of the Year.

A dominating winner of the roses, he was limited to just five starts after the Triple Crown. However, that included a victory in the Dubai World Cup contested over a synthetic track, and second-place finishes to Wise Dan and Point of Entry, respectively, in the Breeders' Cup Mile (G1) and Gulfstream Park Turf H. (G1).

His presence on the scene was brief but gutted out a 4-for-4 championship campaign at three, highlighted by wins in the Derby and Preakness (G1) over the speedy Bodemeister. Withdrawn the day before his Triple Crown bid in the Belmont due to injury and subsequently retired, he remains one of the bigger "what ifs" of the decade.

Although his form tailed off after winning the Fountain of Youth (G2), Florida Derby (G1), and Kentucky Derby in succession, he'll long remembered for giving the Janney/Phipps family their belated first win in the Churchill Downs classic after decades of patronage to the sport. Subsequently placed in the Belmont and Travers (G1).

The first undefeated 2-year-old champion to win the Derby since Seattle Slew in 1977. He, too, saw limited action after his win to Louisville, handily losing twice in the slop to rival Exaggerator in the Preakness and Haskell Invitational (G1) and then finishing unplaced in the Pennsylvania Derby (G1).

His career peaked in the span of five weeks when he captured the Florida Derby and Kentucky Derby. His championship aspirations were later dashed with poor finishes in the Preakness and Travers, and he placed in only two of five starts after his career-defining run under the Twin Spires.

The first Kentucky Jockey Club (G2) winner since Cannonade (1973-74) to come back and score in the Derby, he gave jockey Calvin Borel his third victory in the race in four years with a patented rail-skimming run. However, those proved to be the colt's only stakes wins in eight added-money attempts.

Elevated to the winner's circle after the disqualification of Maximum Security, his story  is still being written. However, he has not started since and still has only crossed the wire first against maiden foes. 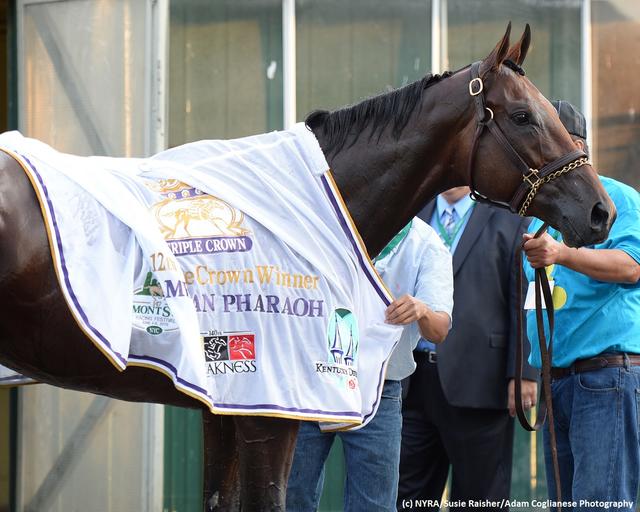