Former jockey Ray York, who guided the gray colt Determine to victory in the 1954 Kentucky Derby, died on Feb. 23 in a Bakersfield, California, extended-care facility after a year-long battle with pneumonia. He was 86.

A native of Massachusetts, York won more than 3,000 races and was voted the George Woolf Memorial Jockey Award in 1955.

The Kentucky Derby was one of numerous stakes won by York aboard Determine. The list also includes the Santa Anita Derby, which York also won in 1959 aboard the filly Silver Spoon. The latter would finish fifth in the Kentucky Derby.

York last rode in a race at Santa Anita in 2000, becoming the first jockey to officially ride in seven different decades.

York's death leaves Bill Boland as the lone survivor among jockeys who won the Kentucky Derby in the 1950s. 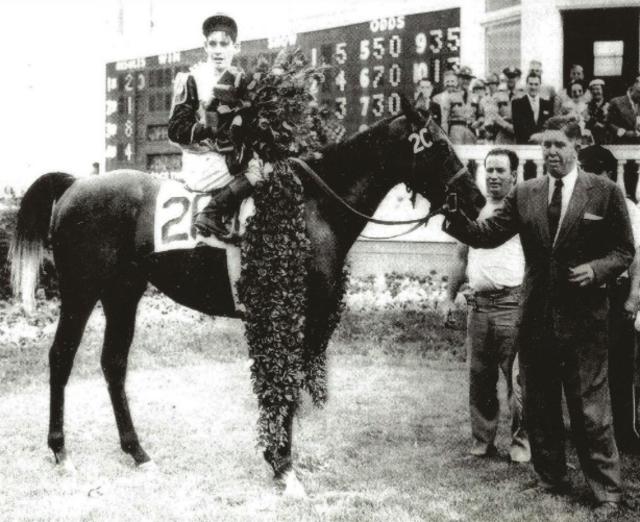