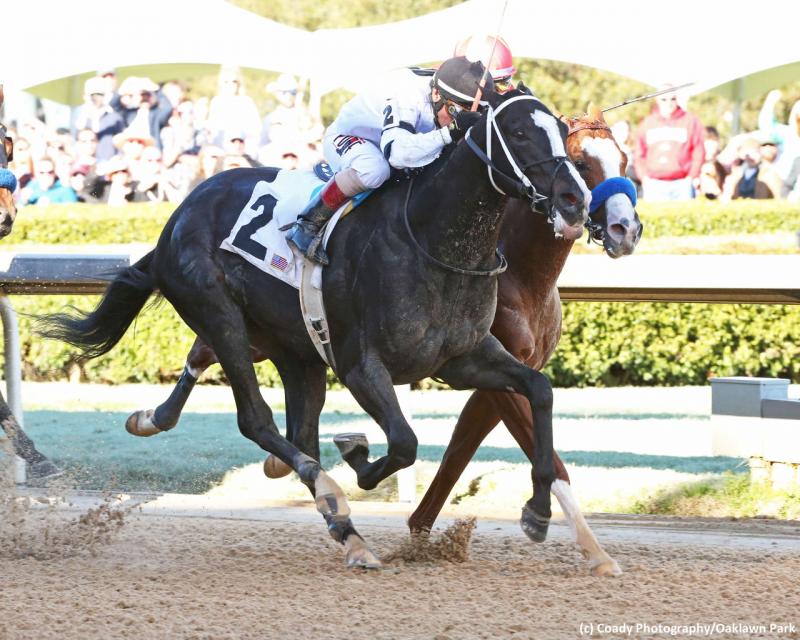 Two divisions of the Rebel (G2), with three-fourths of the original Kentucky Derby qualifying points available in both races, ensured several horses a likely spot in the Derby starting field last Saturday at Oaklawn Park.

Division winners Long Range Toddy (#3, 53.5) and Omaha Beach (#7, 37.5) each earned 37.5 points for their victories, in the case of the former boosting his total to 53.5. Meanwhile, champion Game Winner (#6, 45) earned an additional 15 points for his narrow loss to Omaha Beach, and all three have likely earned enough points to make the field at Churchill Downs based on trends of past renewals.

Boosting their point totals were Improbable (#9, 25), second in the first division of the Rebel, and Gunmetal Gray (#10, 21.75), a distant fourth in the second division, though both will likely need more to solidify a spot.

The first 100 points-to-the-winner prep takes place Saturday in the $1 million TwinSpires.com Louisiana Derby (G2), which includes current points leader War of Will (#1, 60) as well as Country House (#13, 20). The points breakdown to the top four will be 100-50-20-10, with the runner-up also likely securing a spot if he has not earned sufficient points already. 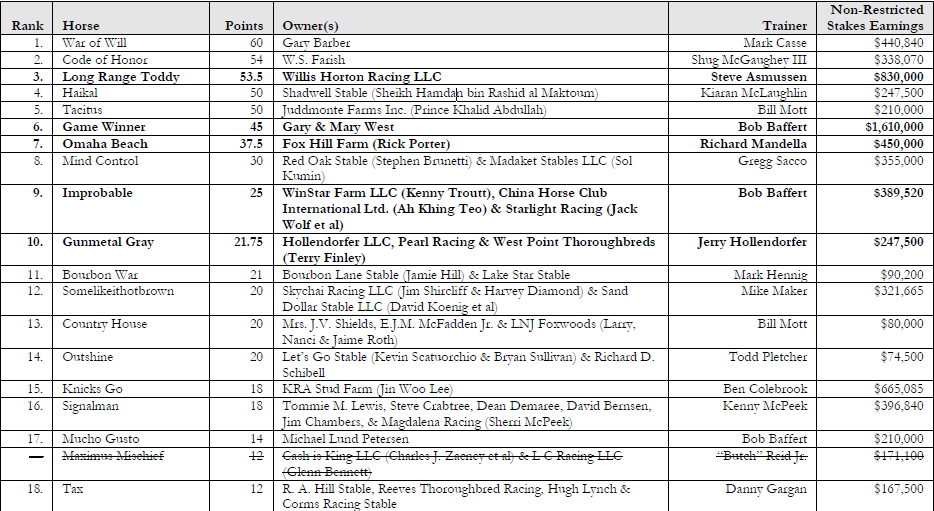 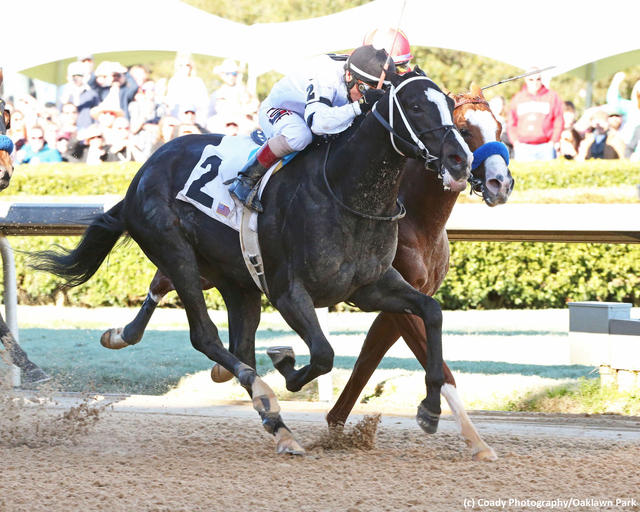