Receiving the Signal For the Weekend's Best Bet 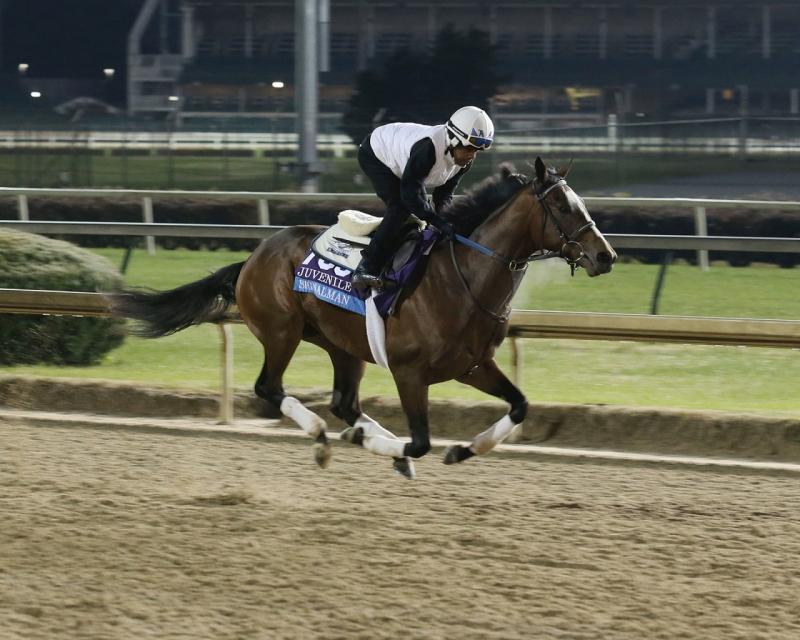 The Best Bet of the Weekend comes from Churchill Downs on Saturday in the $200,000 Kentucky Jockey Club S. (G2). A sizable and competitive field is assembled for the Saturday feature and I will look to the rail post for the winner. SIGNALMAN is the top choice in the 2019 “Road to the Kentucky Derby” points contest.

Trained by Ken McPeek, the son of General Quarters has never run a bad race in his lifetime and seems likely to get a fine set-up on Saturday. Proven late runner lands in a cast with a bevy of early speed. Bay colt will be running them down in the lane under Brian Hernandez, Jr.

Signalman was a closing second on debut on this strip in the spring and followed it up with a game maiden win at Saratoga over a highly-rated field in my opinion. Versatile sort attended the pace on that day but he has proven to be adept at closing from behind runners, too.

Kentucky-bred endured some traffic when second in the Breeders’ Futurity (G1) in a third career outing. And his third-place finish in the Breeders’ Cup Juvenile (G1) last time out was even more impressive as he overcame the widest post in the 13-horse contingent. Signalman missed second by a length while finishing more than six clear of his nearest foe.

March foal has improved his BRIS Speed number in every start to date as a rising star. I expect Signalman to save all the ground behind the expected fast and contested pace in the Jockey Club, and to roll past his foes inside the final furlong.