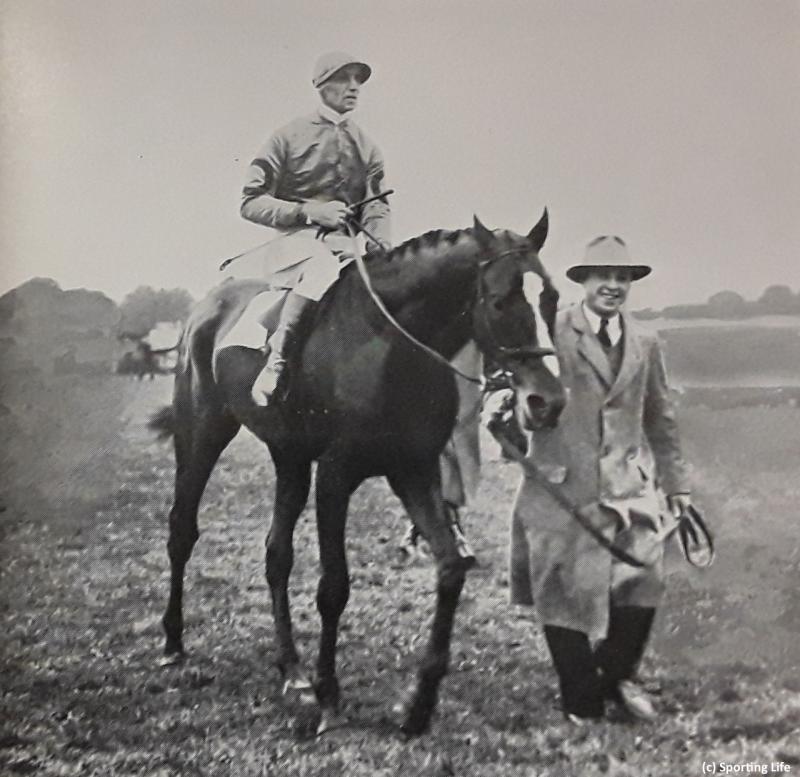 Four weeks ago the eyes of the racing world were primarily on Churchill Downs, specifically the Kentucky Derby. This week the attention focuses on the progenitor to that great race, the Derby, held at Epsom Downs outside London.

First run in 1780 and contested over 1 1/2 miles on a challenging and undulating horseshoe-shaped course, the Derby has long been considered a supreme test for the racehorse. Owing to the radically different requirements for success, though, only two horses have ever attempted to win both the Churchill and Epsom classics.

In 1986, after finishing second to Ferdinand in Kentucky, the England-based Bold Arrangement returned to his native land for the Derby, but could do no better than 14th. Six years later, Dr Devious shipped over from England and ran seventh to Lil E. Tee at Churchill, but rebounded a month later to capture the "Blue Riband" by two lengths.

While the Derby at Epsom has been targeted by few American-based runners over the many decades, history does record that one special horse did triumph over both Churchill Downs' famed 1 1/4 miles and Epsom's legendary 1 1/2 miles.

One of the supporting features of Derby weekend at Epsom is the Coronation Cup (G1) for older horses. Ninety years ago the Coronation Cup attracted Reigh Count , who not only had won the 1928 Kentucky Derby but was generally judged the best American horse in training that year.

Reigh Count's rise to prominence was slow. It took seven starts for him to break his maiden as a two-year-old, after which he we was sold to John D. Hertz, the Chicago-based transportation entrepreneur who founded the Yellow Cab Company. Reigh Count would race in the colors of Hertz's wife Fannie.

"Hertz was attracted to Reigh County by his fighting spirit," wrote William H. P. Robertson in The History of Thoroughbred Racing in America . "In one of the colt's earlier races, Hertz had noticed Reigh Count attempt to bite a rival trying to get past, and the ex-boxer decided that was the kind of horse for him."

Reigh Count improved later in the year, finishing second by a nose in the lucrative Futurity at Belmont Park to Anita Peabody, a filly also owned by Hertz and trained by Bert Michell. He did capture two stakes, including the Kentucky Jockey Club at Churchill Downs .

The son of Sunreigh proved the undisputed king at three winning seven of eight starts, including the Kentucky Derby by three lengths over a wet, heavy track.

Reigh Count also proved a superior stayer, winning the 1 3/4-mile Saratoga Cup, the 1 5/8-mile Lawrence Realization, and the Jockey Club Gold Cup over two miles. It was this prowess at longer distances that prompted the Hertzes to make a grand sporting gesture by sending Reigh Count to England to prepare for the 2 1/2-mile Gold Cup, the centerpiece of the Royal Ascot meeting the following summer.

Although he spent the winter in England in order to acclimatize, Reigh Count was slow to find his best form once the 1929 flat season began. Favored at 3-1 in his first start, a one-mile handicap at Lingfield, Reigh Count finished 11th while conceding his rivals a minimum of 16 pounds. In another mile handicap, at Newbury, he finished ninth at odds of 11-1, conceding the winning Athford 22 pounds.

"Now our Reigh Count...is getting Papyrused and Epinarded over in England in a manner that is truly distressing," wrote the famed columnist Damon Runyon, referring to Papyrus and Epinard, European stars that failed to replicate their form when shipped to America in the early 1920s. "He finished so far back that it is conceivable that he forgot he was in a race and stopped to munch the grass, thinking he was only out for lunch."

While things did not improve much for Reigh Count when finishing 12th to Athford in a subsequent 1 1/4-mile handicap at Kempton, conditions in the Coronation Cup would be different. Not only would Reigh Count be carrying equal weight with his opponents at Epsom, but he would also get a new jockey in Joe Childs, one of the riding greats of early 20th century England. Chick Lang, who had ridden Reigh Count to victory in the Kentucky Derby and had joined him overseas, packed his bags and went back to the U.S.

Facing eight rivals in the Coronation Cup, including Athford, Reigh Count was settled at the back of the field and under restraint by Childs. He remained there until entering the stretch, four furlongs from the finish. Childs then asked Reigh Count for run and the colt began to make headway as Athford took a narrow lead. In the final hundred yards Athford clung to a slight advantage, but Reigh Count continued to close the gap under vigorous urging from Childs. In the final jump, Reigh Count poked his nose in front and registered the 10-1 upset. 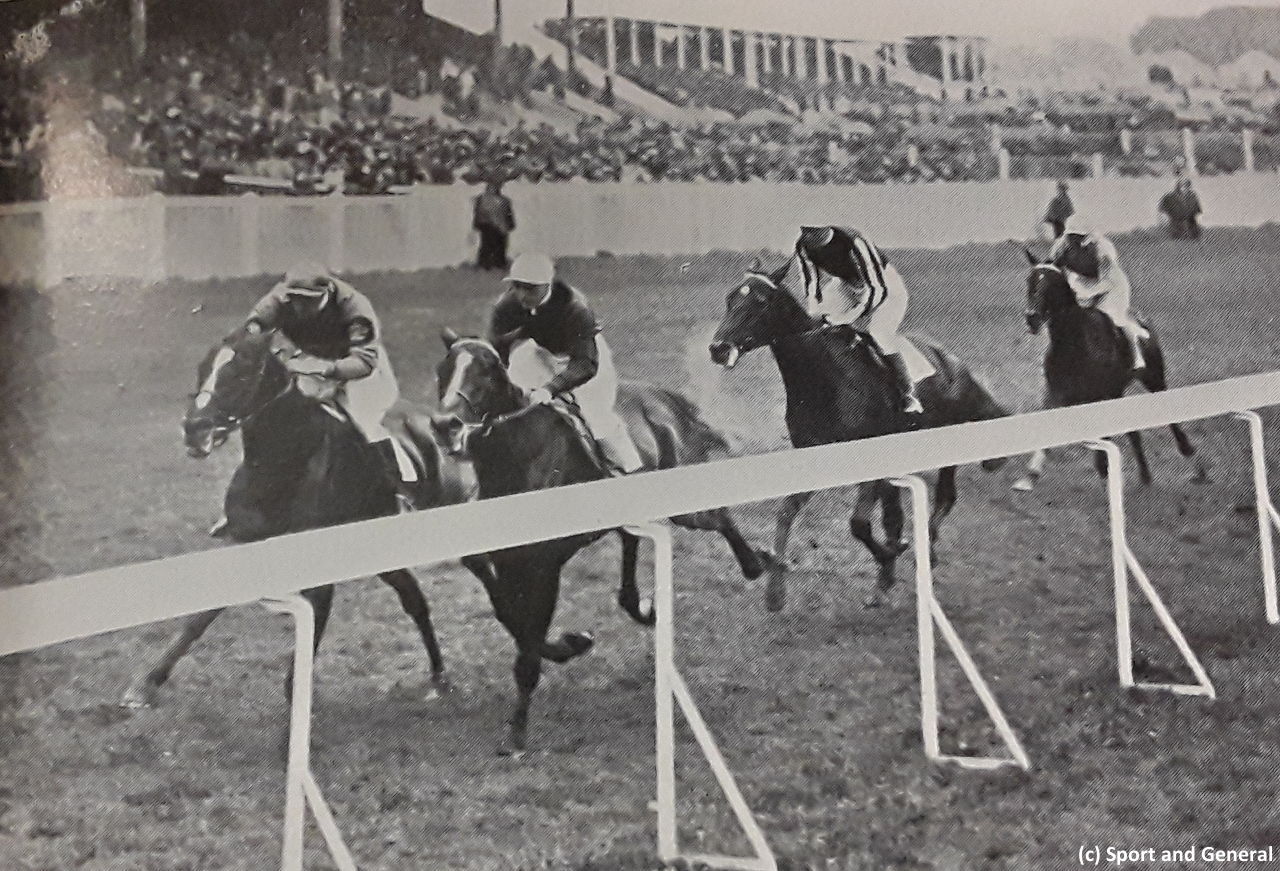 "When the judge's decision was signaled, there was a storm of cheering," Edward Moorhouse recorded in the Bloodstock Breeders' Review. "Ninety percent of the crowd seemed hugely delighted because the American horse had won, although his success benefited the bookmakers rather than the public."

The ultimate prize, the Gold Cup at Ascot, was two weeks later, and this time the public were on board backing Reigh Count down to 4-1 joint favoritism. Ridden this time by Harry Wragg, Reigh Count ran well but not well enough, finishing two lengths second to Invershin, who had also captured the 1928 Gold Cup.

"He has run a wonderful race, and I am more than proud of him," said Mrs. Hertz after the loss. "We brought him 5,000 miles into a different climate. He ran on grass when he was accustomed to dirt, and he ran on the right side of the course, when he is accustomed to the left. His trainer has done marvelously with him. He has beaten everything except last year's winner."

Reigh Count returned to the United States in early July and was paraded at the end of that month before an enthusiastic crowd at Arlington Park, where Mr. Hertz was a director. By then he had been retired, having proven his class both at home and in the birthplace of Thoroughbred racing.

Reigh Count's legacy at stud was cemented when a son, Count Fleet, won the 1943 Triple Crown for the Hertzes. Count Fleet in turn sired Count Turf, the 1951 Kentucky Derby winner . Reigh Count lived to the age of 23 and was inducted into the Hall of Fame in 1978.

As is generally the case, there will be no American participation in either the Derby or Coronation Cup at Epsom this weekend. Only the sporting spirit of Reigh Count will exist on the Surrey course, recalling the day nine decades ago when the colt showed the fight his owner found so attractive and shocked the racing world. 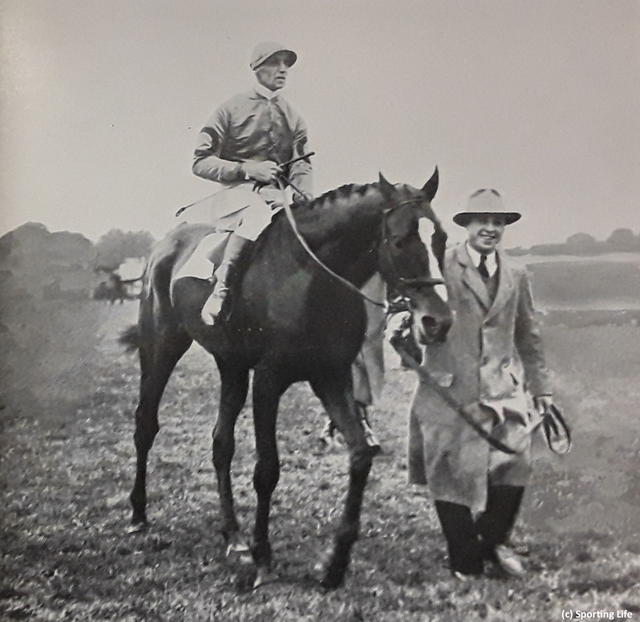