The long-awaited shakeup at the top of the Road to the Kentucky Derby leaderboard occurred over the holiday weekend of Feb. 15-17. It was assured that the winners of the two Risen Star (G2) divisions would climb to the top two spots, and the beneficiaries proved to be Mr. Monomoy and Modernist.

Also on Saturday, Azul Coast entered the Top 20 with a victory in the El Camino Real Derby at Golden Gate Fields, adding 10 points to the four he previously earned running second in the Sham (G3). However, the colt seems farther down the list of leading Bob Baffert-trained Derby prospects than some stablemates currently not in the Top 20.

On Monday, Silver Prospector registered his second series prep win by taking the Southwest (G3) at Oaklawn Park, boosting his point total to 21. Southwest fourth-place finisher Shoplifted kept himself in the Top 20 and now has 13 points.

Other notable movers on the leaderboard this week include Major Fed, who earned 20 points finishing second in Modernist's Risen Star division, and Silver State, who now has 14 points after running third in the first Risen Star division.

Disappointing efforts from Anneau d'Or in the second Risen Star division and Gold Street in the Southwest were not enough to knock them from the Top 20, but their respective stock has fallen. 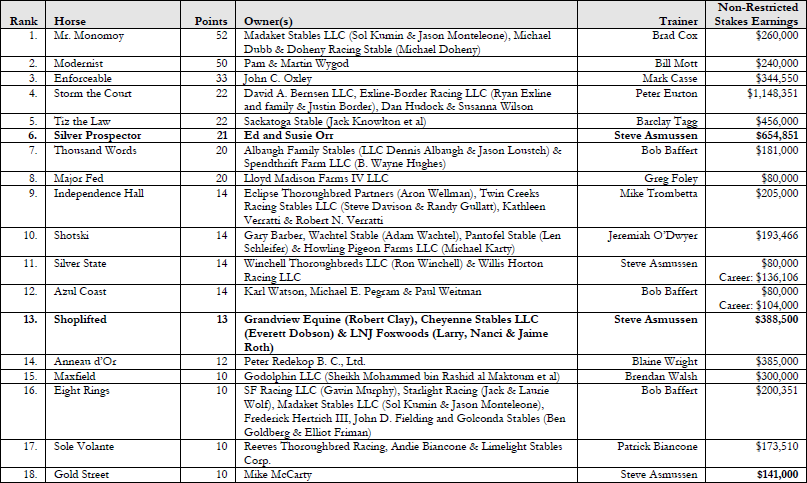 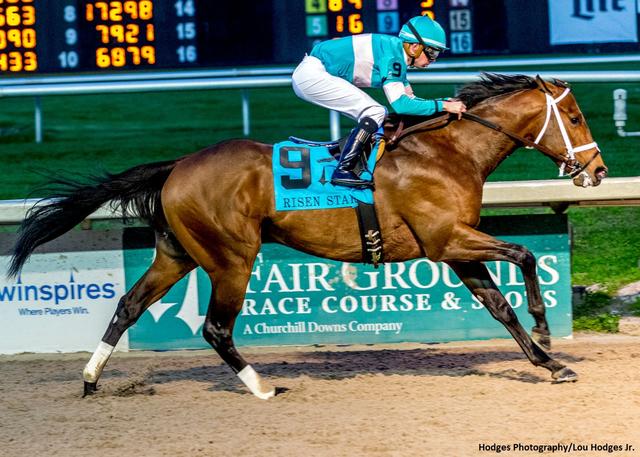