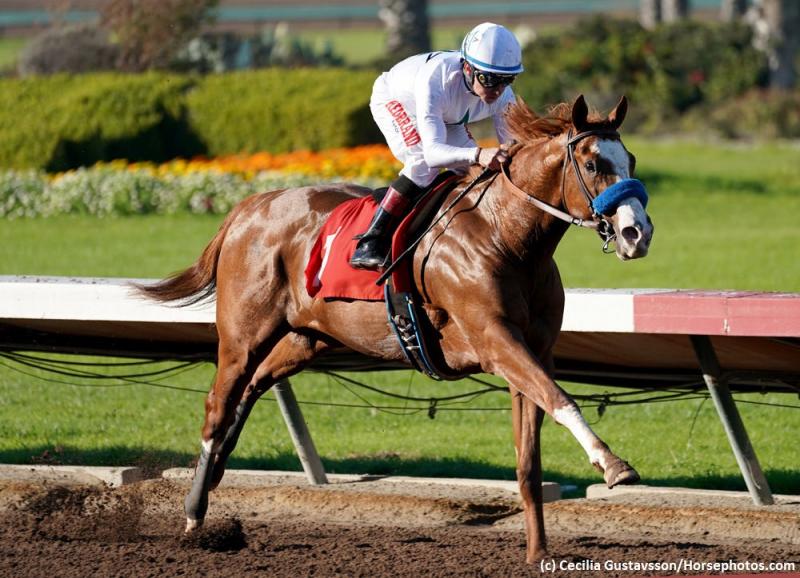 “When Justify went to the farm from Del Mar this summer, (trainer) Bob (Baffert) put IMPROBABLE in his stall.”

So said Elliott Walden, the President/CEO and Racing Manager of WinStar Farm, co-owners of both the 2018 Triple Crown champion and the other unbeaten chestnut who hopes to be his heir apparent.

Improbable was purchased for $200,000 at the Keeneland September Yearling Sale, the same auction where Justify had gone to the same connections for $500,000 a year earlier. But Improbable had prior sales experience as a Keeneland November weanling when selling for $110,000 to Taylor Made, agent, which resold him the next year.

Bred by St George Farm and G. Watts Humphrey Jr. in Kentucky, Improbable is by the Mr. Prospector-line stallion City Zip, who is a half-brother to Hall of Famer Ghostzapper. City Zip has sired champions across the spectrum, from sprinters to routers, dirt and turf. His five Breeders’ Cup winners reflect that versatility, notably champion turf female Dayatthespa, sprint champs Work All Week and Finest City, and former Canadian Horse of the Year Catch a Glimpse.

Improbable receives classic heft from his dam’s side. He is the first surviving foal from the four-time winner Rare Event, a daughter of Hall of Famer and stamina influence A.P. Indy. Rare Event is herself out of a half-sister to $2.6 million-earner Hard Spun, the 2007 Kentucky Derby (G1) and Breeders’ Cup Classic (G1) runner-up. This is the further family of Little Current, the 1974 Preakness (G1) and Belmont (G1) champion, as well as 1963 Derby and Belmont star Chateaugay and his champion sister Primonetta.

Unlike Justify, who did not race as a juvenile, Improbable came to hand soon enough to get a solid racetrack education at two. In another point of contrast, Improbable has a different running style, coming from just off the pace instead of Justify’s usual front-running tactic.

But like Justify, the word was out on Improbable before his first start. The 2-5 favorite in a six-furlong maiden at Santa Anita September 29, Improbable had to be urged by jockey Drayden Van Dyke on the far turn. He found plenty down the stretch, however, to prevail by a measured neck.

Improbable got his first taste of shipping to a new track when Baffert sent him to Churchill Downs for the Street Sense S. on Breeders’ Cup “Future Stars Friday.” The 4-5 favorite broke a beat slow – judging by his head carriage in the gate, it looked like he was gawking at something in the infield – and found himself behind a wall of horses. Van Dyke coolly helped him regroup in traffic, and although he began a sustained move rounding the turn, it was in the homestretch that Improbable asserted his superiority by 7 1/4 lengths. Later in the day stablemate Game Winner won the Breeders' Cup Juvenile (G1), presumably clinching an Eclipse Award, but Improbable generated buzz himself.

His next test was trying two turns in the 1 1/16-mile Los Alamitos Futurity (G1), and bettors expressed their faith by making Improbable the 1-5 favorite. Appearing to race greenly at times, he once again saved his best for the stretch run. The still-developing colt needed time to unwind, but as soon as he got into his long, bounding stride, he zoomed five lengths clear of stablemate Mucho Gusto in a sprightly 1:41.18.

Campaigned by WinStar, China Horse Club, and Starlight Racing (which joined the partnership after the Street Sense), Improbable brings high expectations as an undefeated Derby contender into 2019. 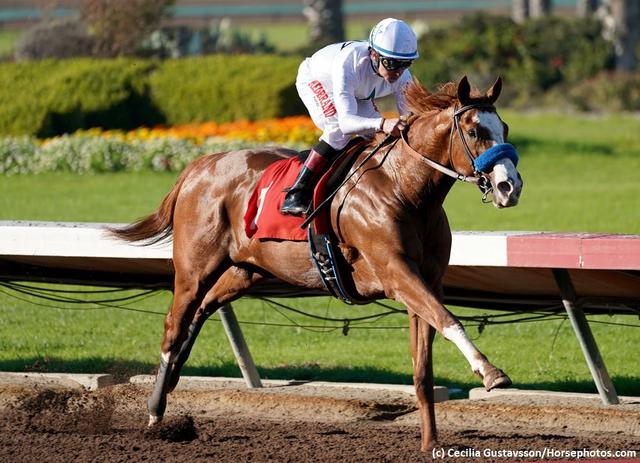