MAXIMUS MISCHIEF took two simultaneous tests in the December 1 Remsen (G2) – a class hike in his first try versus stakes company, and a distance challenge to stretch out from seven furlongs to 1 1/8 miles. By passing them both, the promising colt extended his record to a perfect three-for-three and emerged as a Kentucky Derby (G1) contender.

Co-owned by Cash Is King Stable (best known for campaigning champion Afleet Alex) and LC Racing, Maximus Mischief is trained by Robert “Butch” Reid. He’s yet to have a Derby starter, but Reid has sent out a Grade 1-winning sprinter in Poseidon’s Warrior as well as 2011 Breeders’ Cup Marathon (G2) hero Afleet Again, by Afleet Alex.

Maximus Mischief, a son of Into Mischief, is an auction veteran. He was bred by Martha Jane Mulholland and consigned by the family’s Mulholland Springs Farm to the Keeneland November Sale as a weanling, selling for $165,000 to Machmer Hall.

In his next two visits to the auction ring, Maximus Mischief failed to reach the seller’s reserve price. Bidding maxed out at $170,000 at the boutique Fasig-Tipton Saratoga Yearling Sale, and at the same firm’s Gulfstream Sale of two-year-olds in training in March, he was led out unsold for $245,000. Finally, when Cary Frommer offered him again at Fasig-Tipton Midlantic in May, he sold to Cash Is King’s Chuck Zacney for $340,000.

Maximus Mischief trained sharply at Parx ahead of his career debut September 29. Accordingly the 4-5 favorite in the 5 1/2-furlong dash, he flew out of the gate on top, never looked back, and coasted home by 8 3/4 lengths. His time of 1:04.81 was almost two full seconds faster than the other two-year-old maiden (1:06.71) one race later on the card.

Only two rivals lined up against him next time in a seven-furlong allowance, and Maximus Mischief was an even bigger favorite at odds of 1-20. Again off to a blazing start, he went wire to wire in another cakewalk, clocking 1:25.22 on a deep track to earn a gaudy 104 Brisnet Speed rating.

How would dusting overmatched fields in Parx sprints translate into the Remsen at Aqueduct? Maximus Mischief answered that question with a fine display of controlled speed. After prompting the leader, he took charge but continued to travel kindly, not being headstrong, and had plenty of energy left for the stretch to prevail by 2 1/4 lengths. He turned in a new career high Speed figure (108) as well while finishing in 1:51.34, more than four seconds faster than Demoiselle (G2) winner Positive Spirit (1:56.01) earlier on the same day.

The cautionary note is that Maximus Mischief’s pedigree leaves some uncertainty about whether he can be as effective at the Derby’s 1 1/4-mile distance, but he clearly has a high level of ability. 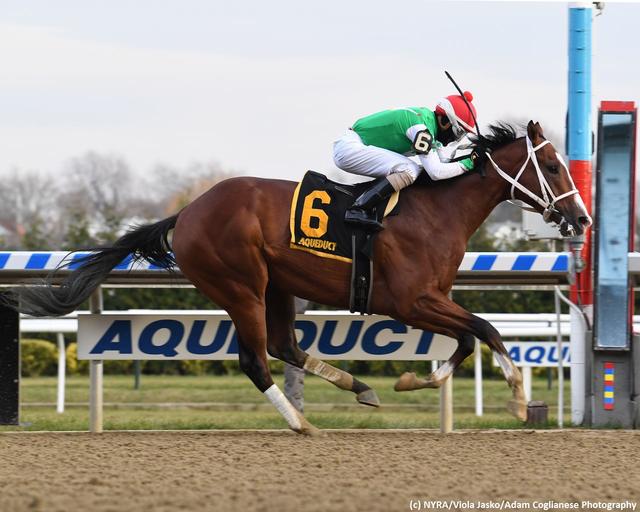