Robert B. Lewis, Las Virgenes on tap at Santa Anita 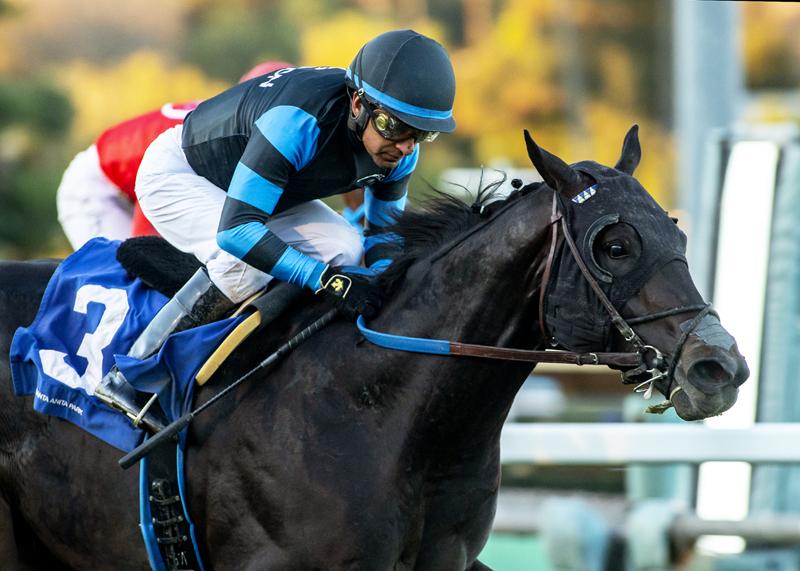 The 1 1/16-mile Lewis, carded as the 8TH race at approximately 7 p.m. (ET), marks the stakes debut of maiden romper Sir London. Trained by Simon Callaghan, Sir London placed in his first two starts sprinting, but dominated by 10 front-running lengths on the step up to a mile at Los Alamitos. The $700,000 Fasig-Tipton Midlantic juvenile purchase keeps Flavien Prat aboard.
The Bob Baffert duo of Messier and Wharton are ineligible for Derby points, since their trainer is suspended by Churchill Downs Inc. Likely favorite Messier, second at odds of 1-2 in the Los Alamitos Futurity (G2) last out, takes the blinkers off here. Wharton stretches out to two turns off a Santa Anita debut victory.
Also taking a hike in class and distance is Happy Jack from the Doug O’Neill barn. By Oxbow, like his stablemate and 2021 Triple Crown veteran Hot Rod Charlie, Happy Jack closed from off the pace to capture his Jan. 22 debut.
Eddie Logan S. winner Cabo Spirit switches from turf to dirt for trainer George Papaprodromou. The $575,000 son of Pioneerof the Nile didn’t show much on the main track last season, but tries again with the benefit of more experience.
Fillies take the stage earlier in the one-mile Las Virgenes, scheduled at 4:30 p.m. (ET) as the 3RD race, and again Baffert has two of the five entrants. His Starlet (G1) heroine Eda is the most accomplished, but her stablemate Adare Manor just crushed a maiden at this track and trip by 12 lengths.
The three competing for Oaks points are Peter Eurton’s sharp debut winner Queen of Thorns, Alberta wonder Gracelund Gray, and the maiden Miss Everything, who exits a distant third behind Adare Manor. Queen of Thorns wired her six-furlong premiere by eight lengths, suggesting that she can serve it up to the Baffert fillies early.
Gracelund Gray won her two starts at Lethbridge in western Canada last fall by a combined margin of 37 lengths. Transferred to Howard Zucker in Southern California, the daughter of Goldencents had trouble in her first Santa Anita outing but rallied for second in a turf sprint. 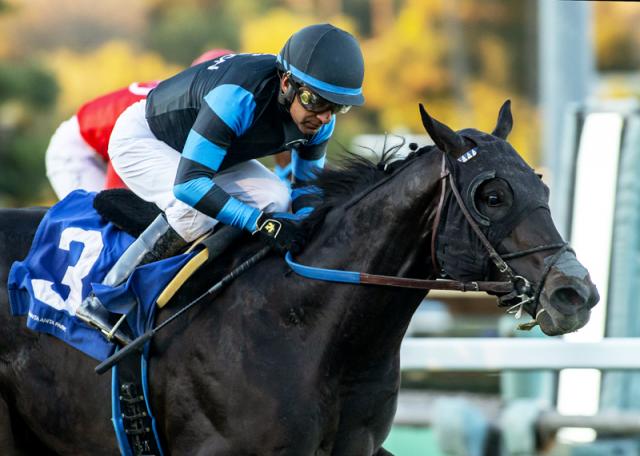