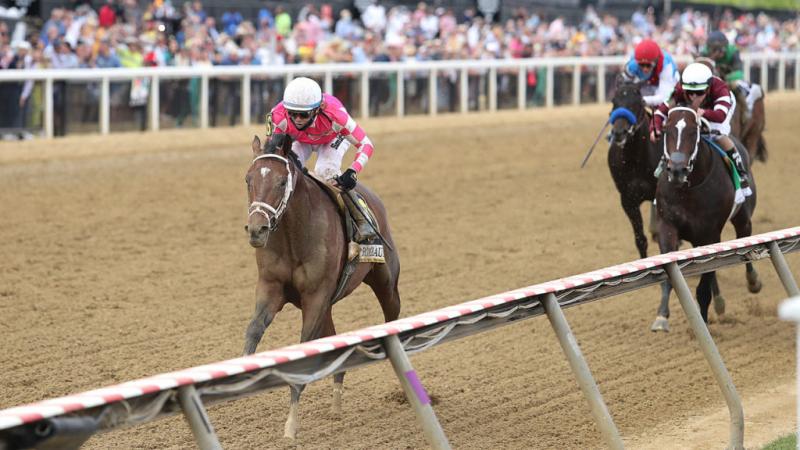 Rombauer collared Midnight Bourbon in midstretch and drove to a 3 1/4-length victory in the $1 million Preakness S. (G1) at Pimlico. Last seen finishing third in the April 3 Blue Grass S. (G2) at Keeneland, the Michael McCarthy-trained colt joined the Triple Crown mix with a smashing win in the middle jewel.

Flavien Prat picked up the mount on the John and Diane Fradkin homebred Twirling Candy colt, and Rombauer left the starting gate as the 11-1 fifth choice in the 10-horse field.

Medina Spirit, who went wire-to-wire finishing first in the Kentucky Derby (G1), sped to the fore at the break, showing the way on a short lead as Midnight Bourbon tracked in second through opening fractions in :23.77, :46.93, and 1:10.97.

Rombauer rated about five lengths off the pace in sixth during the opening stages, began to advance on the far turn, and stormed into the stretch full of run.

Midnight Bourbon overhauled Medina Spirit after straightening for home, but he was no match for the oncoming Rombauer, who rolled past with about sixteenth of a mile remaining and drew clear in final stages.

After winning his career debut on turf last summer, Rombauer concluded his juvenile campaign with a pair of respectable performances, recording a runner-up in the American Pharoah S. (G1) and a rallying fifth in the Breeders’ Cup Juvenile (G1). He opened his three-year-old season with a neck score in the El Camino Real Derby at Golden Gate Fields in mid-February.

Rombauer is out of the unraced Cowboy Cal mare Cashmere, a half-sister to 2009 Breeders’ Cup Turf Sprint victor and millionaire California Flag; and multiple Grade 3 scorer Cambiocorsa, who counts Grade 2 winner Moulin de Mougin among a quartet of stakes-winning offspring. 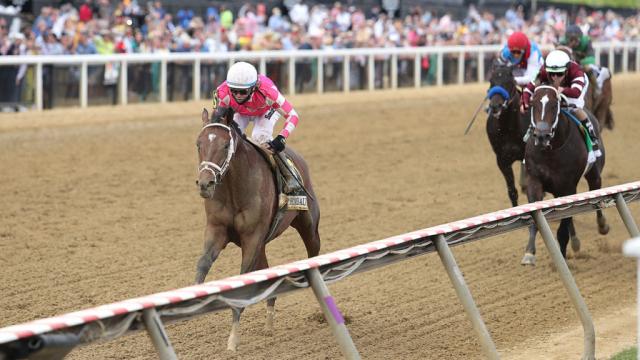