Owned by Mr. and Mrs. Jerome Moss and trained by John Shireffs, Royal Mo has the same connections as Gormley, who entered the weekend second on the Kentucky Derby Leaderboard with 20 points after capturing last year’s FrontRunner (G1) and the January 7 Sham (G3).

Royal Mo left the starting gate as the 3-2 second choice among five runners and established early splits in :23.86, :47.37 and 1:11.50 while being closely tracked by Irap. He began to draw away after turning for home, opening a commanding lead by midstretch, and rolled to the wire, completing 1 1/16 miles in 1:43.48 on the fast track.

Irap barely held second as the 4-1 third choice, a head better than 7-5 favorite Sheer Flattery in third. Next came Term of Art and Dangerfield.

Bred in Kentucky by Brandywine Farm, Royal Mo was purchased for $350,000 as a yearling at the Keeneland September sale. He’s from the second crop of leading freshman sire Uncle Mo, who was represented by 2016 Kentucky Derby winner Nyquist, and Royal Mo is out of the Saint Ballado mare Royal Irish Lass. 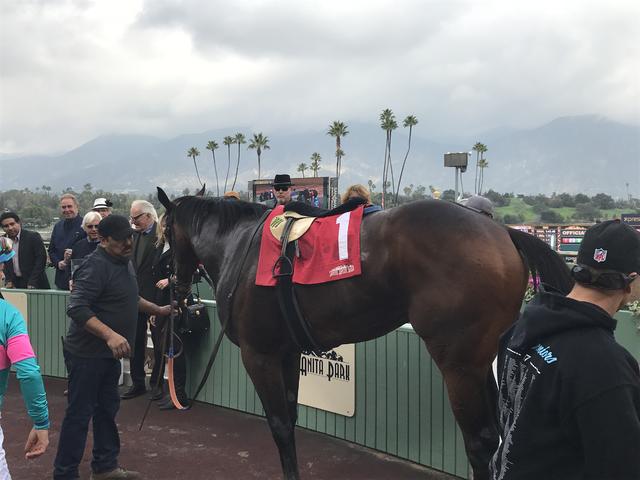