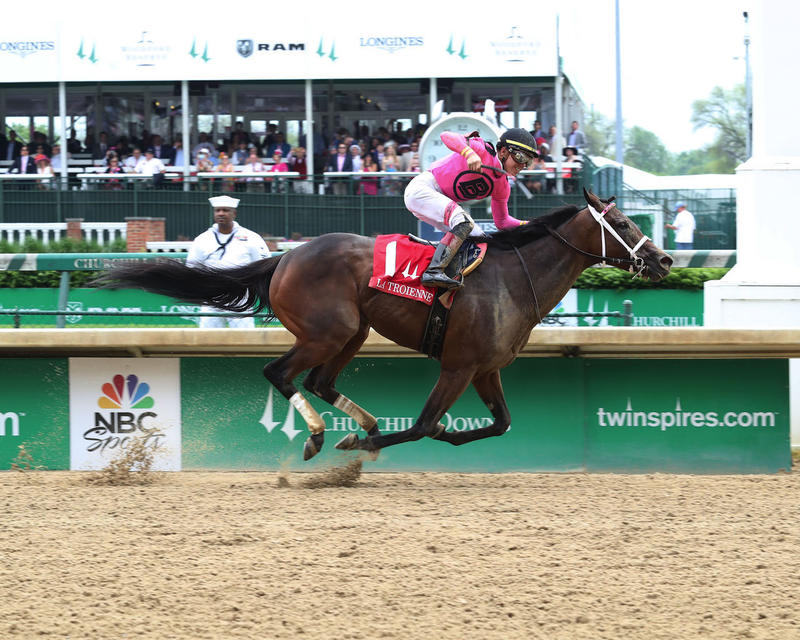 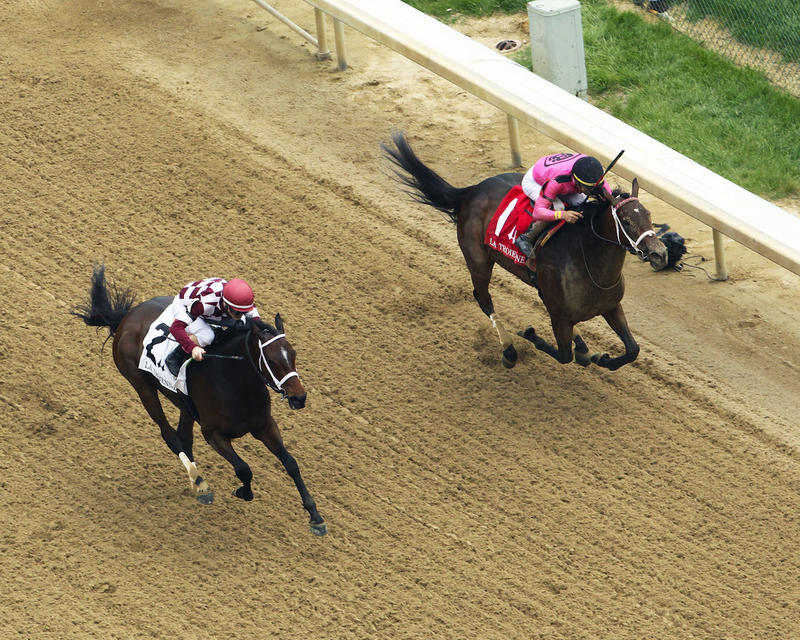 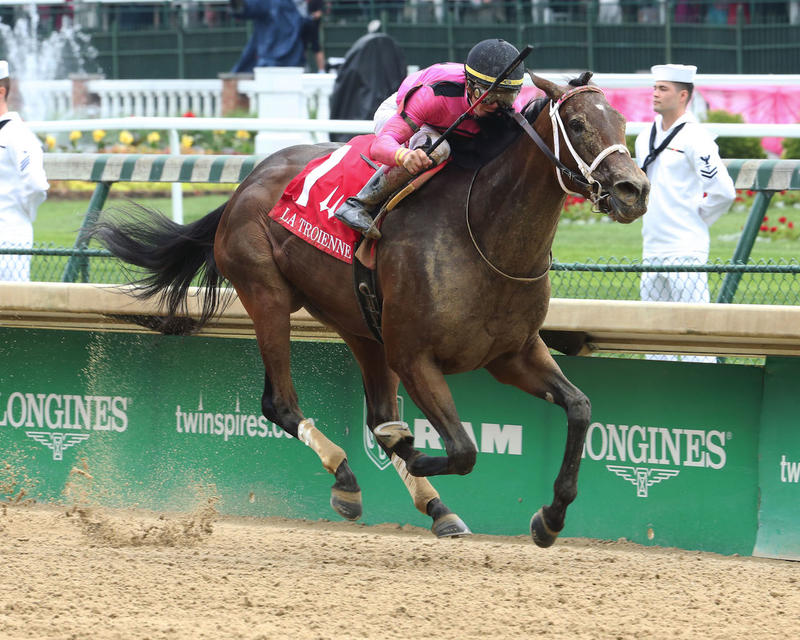 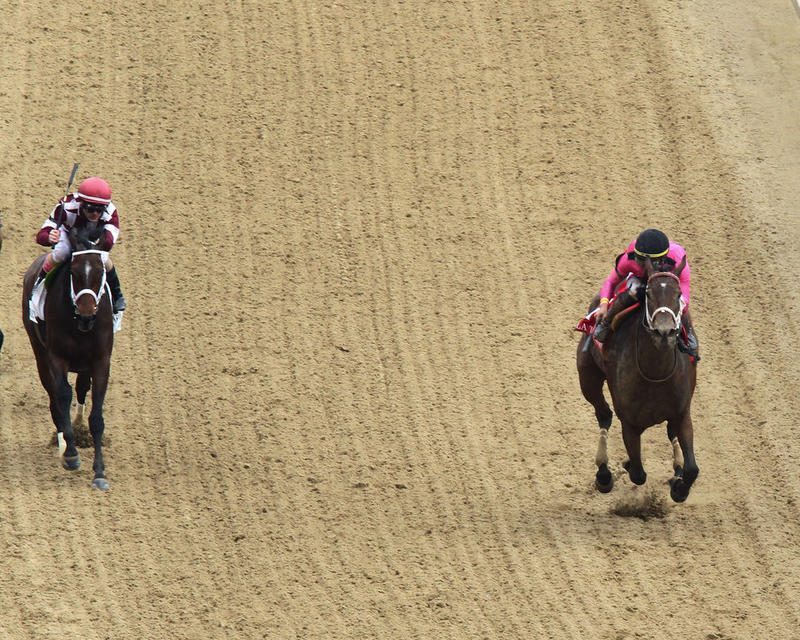 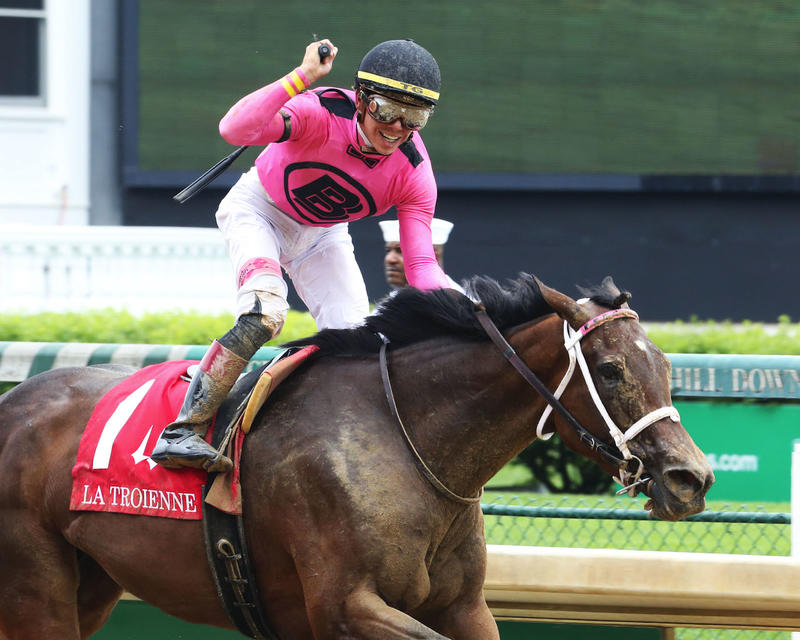 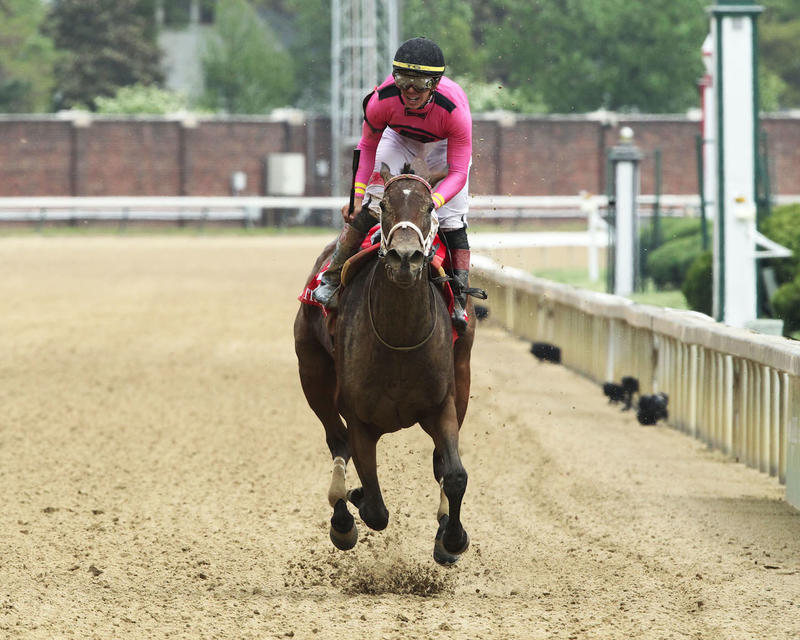 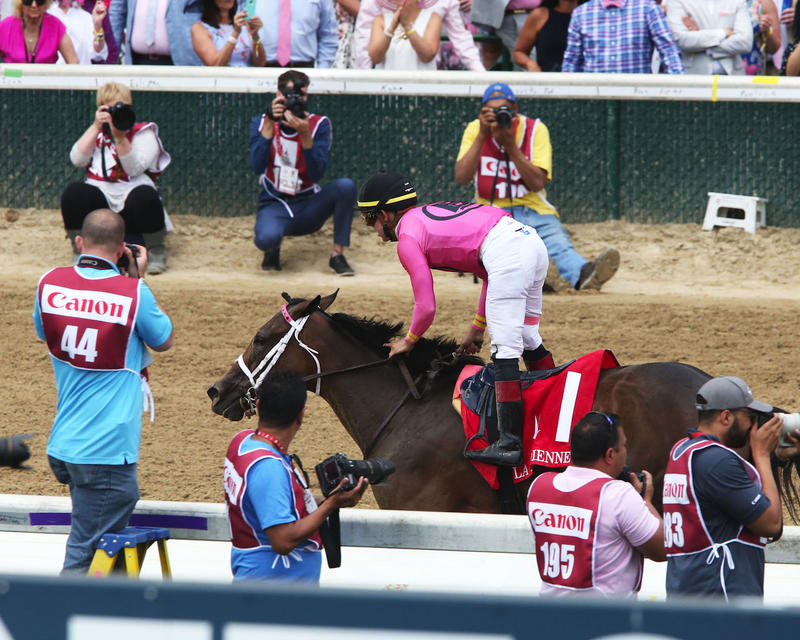 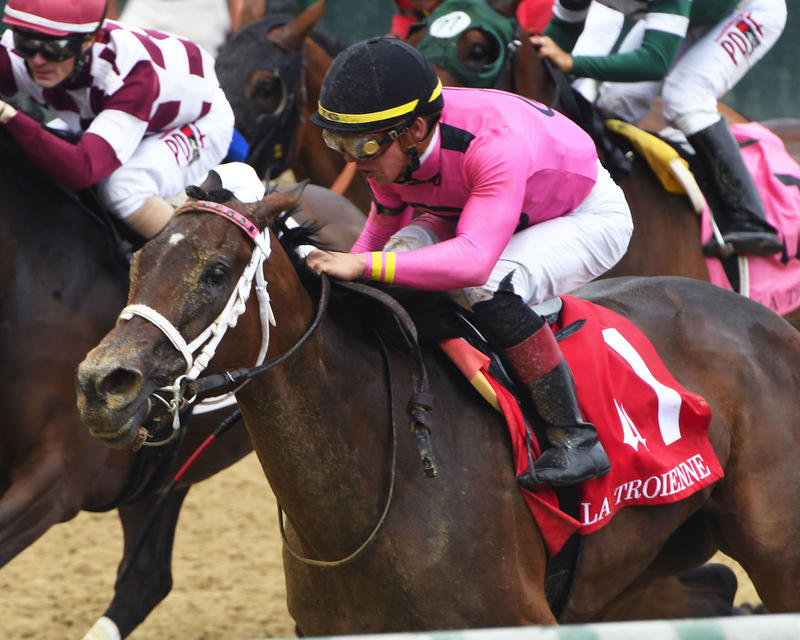 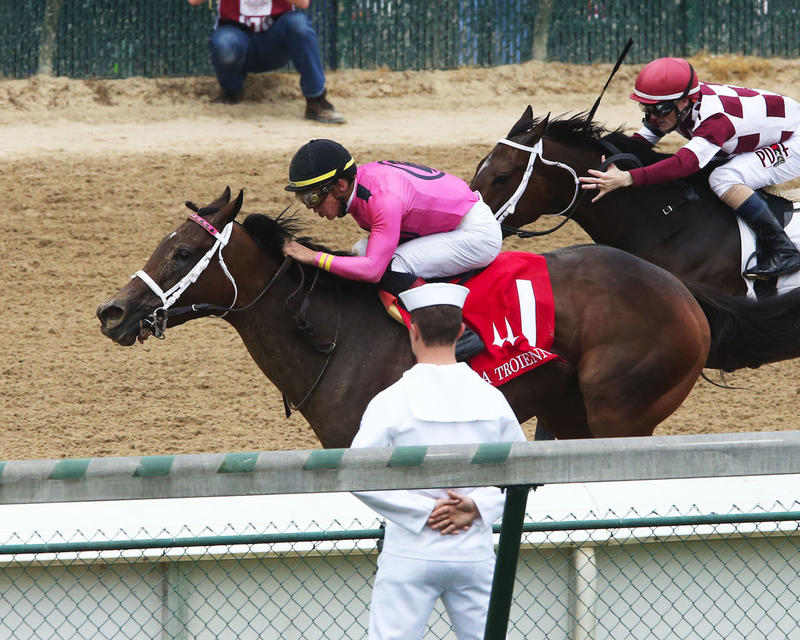 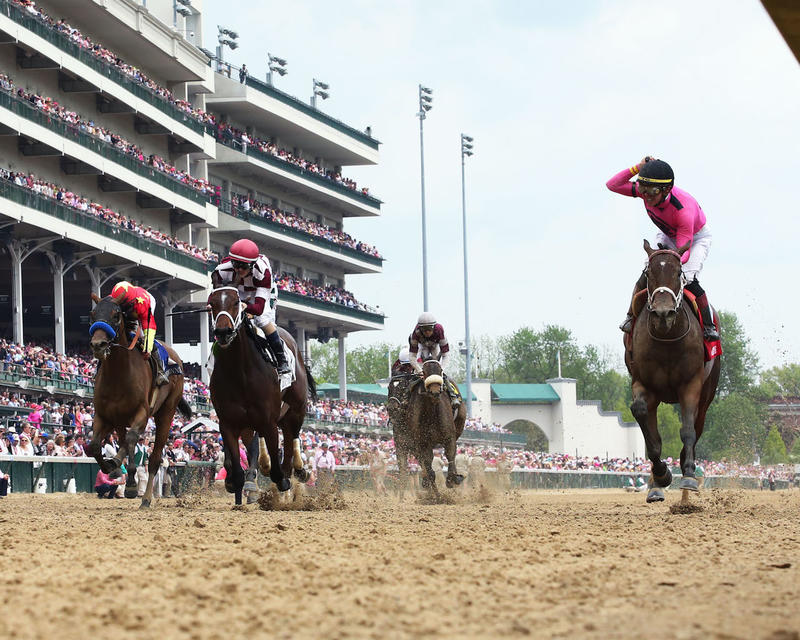 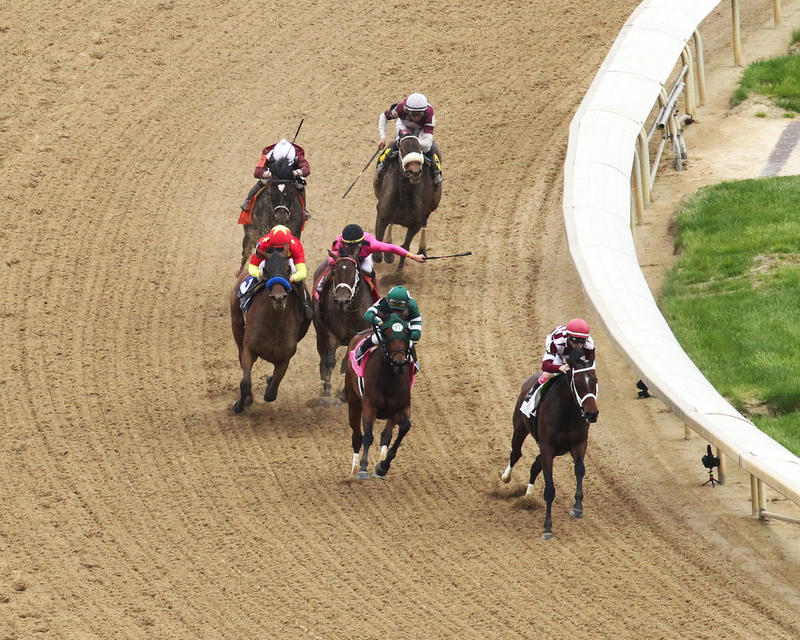 Trained by Mark Casse and ridden by Tyler Gaffalione, Salty covered the 1 1/16 miles on a fast main track in 1:43.78.

Farrell led the field of six through uncontested fractions of :24.70, :48.86 and 1:12.12. At the head of the stretch, Farrell shook off a challenge from Martini Glass and again spurted clear.

Gaffalione, who was winning his first Grade I race, took Salty down toward the rail and slowly wore Farrell.

Salty is a 4-year-old Kentucky-bred daughter of Quality Road out of the Dixie Union mare Theycallmeladyluck.

Abel Tasman finished another neck back in fourth and was followed in order by Tiger Moth and Streamline.

Mark Casse (trainer of Salty, winner) – "She's just an extremely talented filly, as I've said a few times. She's gotten unlucky before. Today, everything worked out well for her. I think Tyler (Gaffalione) is an up-and-coming star, as does Gary Barber, so we've kind of stuck with Tyler and it's paid off, because he knows her so well. After his last race he was a little disappointed and he said 'We're going to win a Grade One' and I said 'I know we will,' and we have faith, and he rode a great race today.”

"We just handicapped this race and Saturday’s Humana Distaff (GI). I thought, and Gary did as well, if there was ever a time to take on Abel Tasman it was today. And I have the utmost respect for her, and as great a trainer as Bob (Baffert) is, it's nearly an impossible scenario, because I don't believe they're really that far apart. If you watch early on, a couple times Abel Tasman had a great trip and we didn't, and it was fairly close. And this filly is better than she's ever been. I figured if she beat us today, we were going to try her again."

"The biggest thing with our filly is last race she didn't switch leads until about 100 yards before the wire, and it probably cost her her last race. And it wasn't from lack of trying, but Tyler knew from the beginning, he wanted to get her to switch leads. And she did it well today and you saw her, she finished extremely strong."

Tyler Gaffalione (rider of Salty, winner) – “She really responded. As soon as the spot opened up on the turn, I just put her there and she really exploded. I had to keep after her, but she was running. It is my first (Grade I win). I’m speechless. It’s very exciting, especially on this stage.”

Channing Hill (rider of Farrell, runner-up) – “I’m so proud of my filly. At the top of the lane I thought I was a winner for sure. That other filly (Salty) had to run a long way to reel us in. My filly ran great.”

Mike Smith (rider of Abel Tasman, favorite, fourth-place finisher) – “It was her first race back. She made a nice move around the turn and just got tired through the lane. It was just the way the race set up. I really wish the other pace wouldn’t have scratched out of there. That really turned the race into a sprint for home. We weren’t expecting that, of course, and once the scratches came out, being that it was her first race back, I didn’t want to get really aggressive with her early and have her get tired late. I was just gambling, hoping I was a whole lot the best, but those are just nice mares and I underestimated them a little bit. In saying that, though, I’m sure she got a lot out of the race and she’ll come back very well. That race didn’t set up at all for her.” 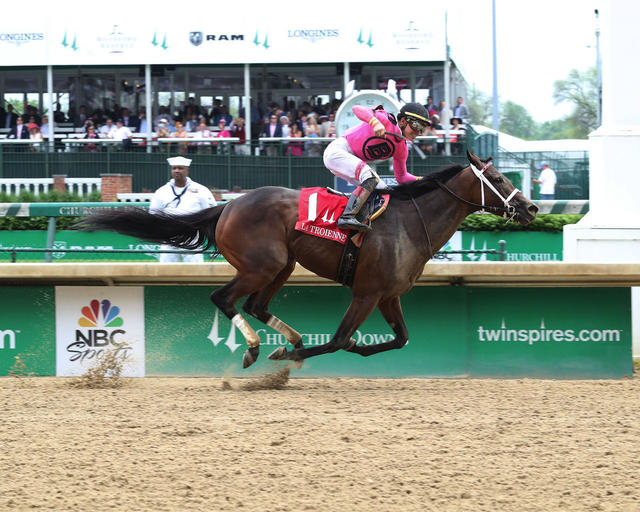