New York's first graded stakes of the season for juvenile males, Saturday's $150,000 Sanford (G3) at Saratoga, fell to Bitumen, who fans at Churchill Downs have reason to remember as a good-looking, 6 3/4-length debut winner June 30.

Rather than show early foot in the Sanford as he did under the Twin Spires, Bitumen instead found himself more than six lengths off an early pace battle than ensnared three of his five rivals. That worked out to his advantage in the stretch as he easily drove by that trio to win the six-furlong test in 1:10.68 under Javier Castellano.

In addition to the versatility he's shown in his brief career, there is much to like about Bitumen's pedigree as it pertains to getting a distance of ground. He's by 2003 Horse of the Year Mineshaft, a multiple winner at 1 1/4 miles, and out of a half-sister to Quality Road, who was a slight cut below at the classic distance himself but was a three-time Grade 1 winner over nine furlongs.

The Sanford, which dates to 1913, has a rich history. It was the only race the legendary Man o' War ever lost, and has been won by Triple Crown winners Secretariat (1972) and Affirmed (1977). They and the filly Regret (1914) are the only Sanford winners ever to go on and win the Kentucky Derby (G1).

More recently, Sanford winners Forty Niner (1987) and Afleet Alex (2004) went on to place in the Derby, with the latter rebounding to score in the Preakness (G1) and Belmont (G1). In general, however, the Sanford has been a stronger stepping stone of late to stud success (e.g. City Zip [2000] and Scat Daddy [2006]) than the following spring's classics.

It's very early in the game, but Bitumen seemingly has more tools to succeed going longer than the typical Sanford winner of recent years. 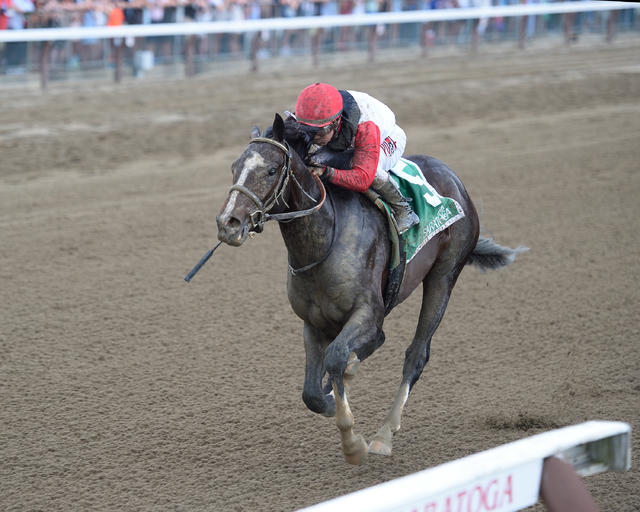