Sea Hero: How the 1993 Kentucky Derby winner capped a lifetime in racing 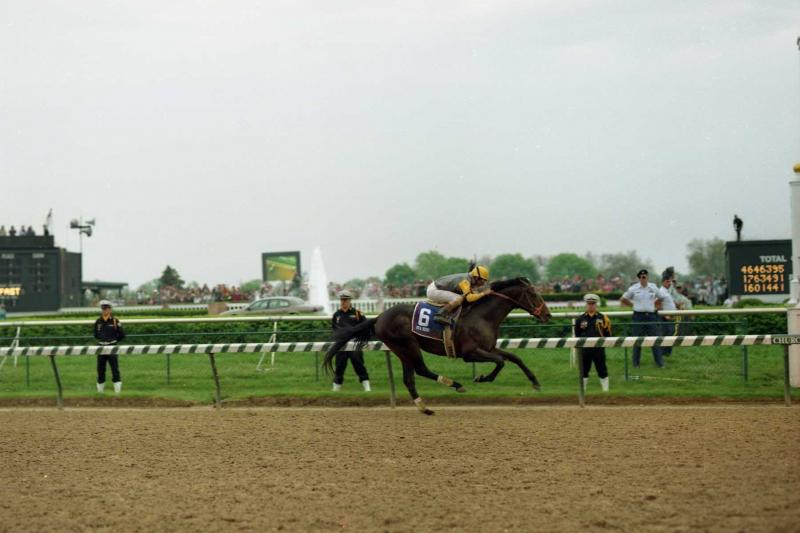 Whether you cash a ticket or not, the Kentucky Derby result can be gratifying in other ways. An example of that is witnessing a long-time patron of the turf who, after decades of industry support and success, finally tastes victory for the first time in the country's most coveted race.

Who can forget the look on the diminutive 92-year-old Frances Genter's face as trainer Carl Nafzger described to her Unbridled's winning run in the 1990 Derby? More recently, in 2013, Orb gave the extended Phipps family and trainer Shug McGaughey, a Kentucky native, their very first Derby win after generations of accomplishment and service to the sport.

A similar occurrence happened twenty-five years ago this May when Sea Hero pulled off the upset for owner Paul Mellon, who at age 85 had already begun the process of dispersing his Thoroughbred holdings. An immensely wealthy heir to a banking fortune and a noted philanthropist in his own right, Mellon had enjoyed tremendous success in U.S. and European racing circles, but had been unlucky over the years on the first Saturday in May.

Mellon had started three colts in the Derby previously, most notably Quadrangle in 1964 and Arts and Letters in 1969. Quadrangle finished fifth but later won the Belmont Stakes, while Arts and Letters lost the Derby and Preakness in photo finishes to Majestic Prince before turning the tables on that rival in the Belmont and voted Horse of the Year.

The streak of bad luck was longer when you consider the good ones Mellon owned that didn't make it to the Derby, such as three-year-old champion Key to the Mint in 1972 and multiple Grade 1 winner Java Gold in 1987. In the few years preceding Sea Hero's arrival, Mellon's Derby aspirations had been quashed twice more when the precocious colts Red Ransom and Eastern Echo suffered career-ending injuries after three starts each.

For Mellon and his 71-year-old Hall of Fame trainer, Mack Miller, opportunities were dwindling and time was running out. Then along came Sea Hero.

Not as precocious as either Red Ransom or Eastern Echo, Sea Hero instead proved a sturdier type. He ran seven times at two, placing once in his first three starts on dirt before winning twice on grass, a surface several half-siblings were graded stakes winners over. Sea Hero then returned to dirt for the Champagne Stakes at Belmont Park, a race his sire, Polish Navy, had won in 1986.

Fortunately catching a drying-out track labeled "good" and also aided by a fast pace up front, Sea Hero made a bold move into contention around the far turn, seized control in upper stretch from front-running Secret Odds and bounded home by 5 3/4 lengths in a swift time of 1:34 4/5.

"This is one of the great thrills of my life," an exuberant Miller told NBC Sports. "This is something I've dreamt of."

Sea Hero's progression toward the classics, however, soon turned nightmarish. Failing to adapt to the humid conditions in South Florida, Sea Hero ran up the track in the Breeders' Cup Juvenile at Gulfstream Park. Nor was he remotely close to his best in two other starts during the 1993 Gulfstream meet. However, once Sea Hero returned to Miller's winter base in Aiken, South Carolina, the colt reportedly improved.

"He immediately picked his head up," Miller told Bill Nack of Sports Illustrated. "His coat and his appetite came back. He started blooming."

Looking to see if they still had a legitimate Derby contender, Mellon and Mack agreed to start Sea Hero in the Blue Grass Stakes at Keeneland. Though he finished fourth to Prairie Bayou, it was a good performance considering it was the colt's first race in more than six weeks.

A field of 19 lined up for the Kentucky Derby, with Prairie Bayou a lukewarm 4.40-1 favorite. Sea Hero, racing without blinkers for the first time since his maiden win, was the ninth choice in the wagering at 12.90-1.

Sea Hero's win is not only remembered for providing the beloved Mellon and Miller with a belated first Derby, but also by the heady ride the colt received by jockey Jerry Bailey. In between rivals just behind the leaders at the quarter pole, Bailey darted Sea Hero through an opening on the inside in upper stretch and the colt responded with a comfortable 2 1/2-length tally over a rallying Prairie Bayou.

"I can hardly believe it," Mellon told Sports Illustrated as he made his way to the infield winner's circle. "I'm in awe."

For a man who was the first ever to race winners of the Kentucky Derby, Epsom Derby, and Prix de l'Arc de Triomphe (the latter two with Mill Reef), it was a fitting cap to a lifetime in racing.

Sea Hero was unplaced in the Preakness and Belmont Stakes, but provided Mellon with a record-tying fifth win in the Travers Stakes at Saratoga that summer. However, he never won another stakes.

At last report, Sea Hero remains the oldest living Kentucky Derby winner at age 28. Though not one of the very best to wear the roses, he'll be among the most emotionally satisfying of winners for as long as the race is run. 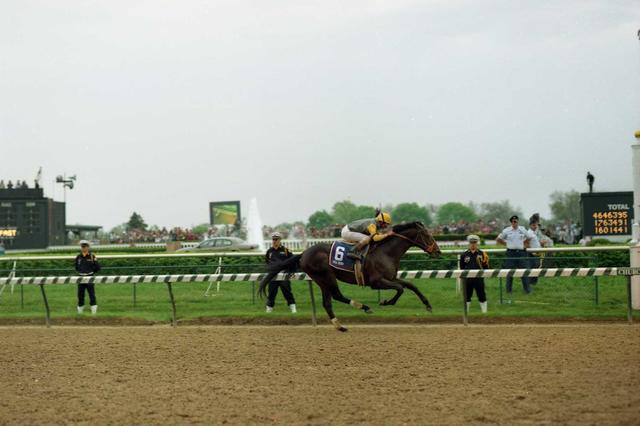