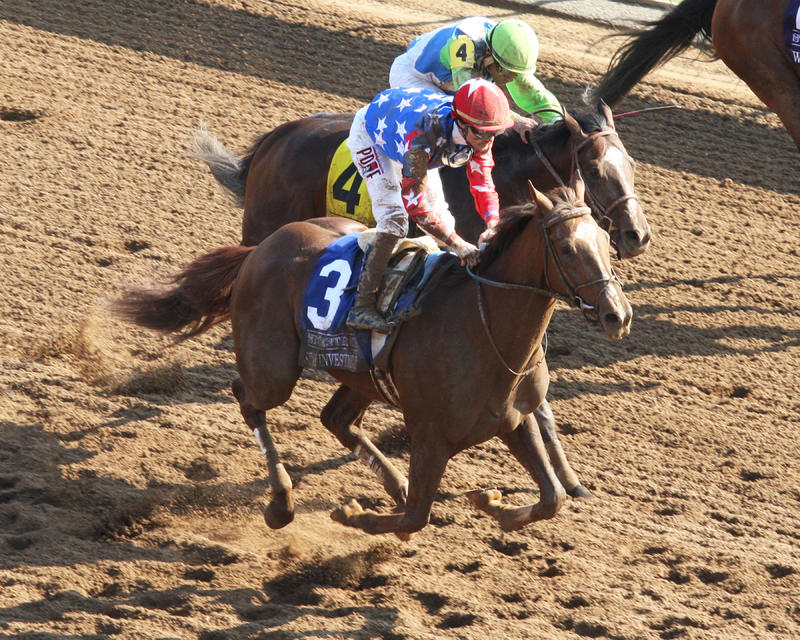 After Senior Investment got up on the wire in Saturday’s $200,000 Lexington S. (G3), trainer Ken McPeek joked that the race should carry more Kentucky Derby (G1) points – immediately! Alas, the Lexington winner receives 10 points, not nearly enough to make the starting gate for Derby 143, barring defections of pandemic proportions.

Senior Investment had competed in only one prior points race, the April 1 Louisiana Derby (G2), and finished a mildly closing sixth behind leaderboard-topping Girvin. Although the Run for the Roses appears beyond his grasp at this writing, the middle jewel of the Triple Crown, the May 20 Preakness (G1) at Pimlico, is an option.

One of the more experienced runners in the Lexington field with seven starts under his belt, Senior Investment was overlooked at odds of 11-1. Bettors fastened upon No Dozing, making him the 9-5 favorite in hopes he’d return to his fine juvenile form after a forgettable winter at Tampa Bay Downs, and Bob Baffert’s hot-shot maiden winner, the 2-1 West Coast.

But as it turned out, No Dozing endured a rough trip on both turns, and the relatively inexperienced West Coast thought the race was over once he rallied to the lead in upper stretch. Then Senior Investment, who had been next to last much of the way, produced a whirlwind late charge to mug West Coast by a head. The troubled No Dozing did well to check in another neck away in third. Under a precision-timed ride by Channing Hill, Senior Investment finished 1 1/16 miles in 1:45.05 and paid $24.20 to win.

West Coast flirted with trying the Santa Anita Derby (G1), until Baffert reportedly said he wasn’t ready for that kind of test just yet. His Lexington finish underscored that point. This was only the third lifetime start for a late foal (born May 14, 2014) who began his career in February. The son of 2000 champion juvenile filly Caressing is entitled to improve as he grows up and gets more seasoning. For bookkeeping purposes, West Coast earned 4 Derby points for his runner-up effort.

No Dozing (number 4) deserves extra credit for determination, considering he could have thrown in the towel twice over. Just as he was slotting into a good position entering the clubhouse turn, he got slammed by the erratic Souper Tapit on the inside. No Dozing not only suffered interference and dropped back a few lengths, but he also got a bit keyed up by the incident, and jockey Joel Rosario had his hands full getting him to settle. No Dozing recovered well and worked himself into a stalking spot on the fence.

Then early leader Resiliency gave way abruptly in front of him on the far turn, and No Dozing found himself shuffled back several lengths again, as the serious running started. Somehow he regrouped a second time and missed narrowly, prompting questions of whether he would have won with a clean trip. No Dozing adds 2 more Derby points, bringing up a total of 12, but connections had already removed him from consideration.

Fourth-placer Time to Travel received 1 point in his stakes and two-turn debut. Having prompted the pace and taken command rounding the far turn, Time to Travel got tired late. Like West Coast, he stands to benefit from this experience. As an Ontario-bred, he’s worth following on the trail for Canada’s premier classic, the Queen’s Plate. 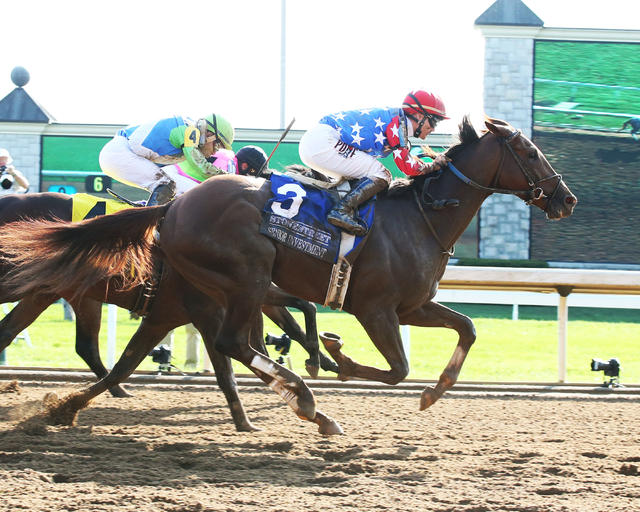