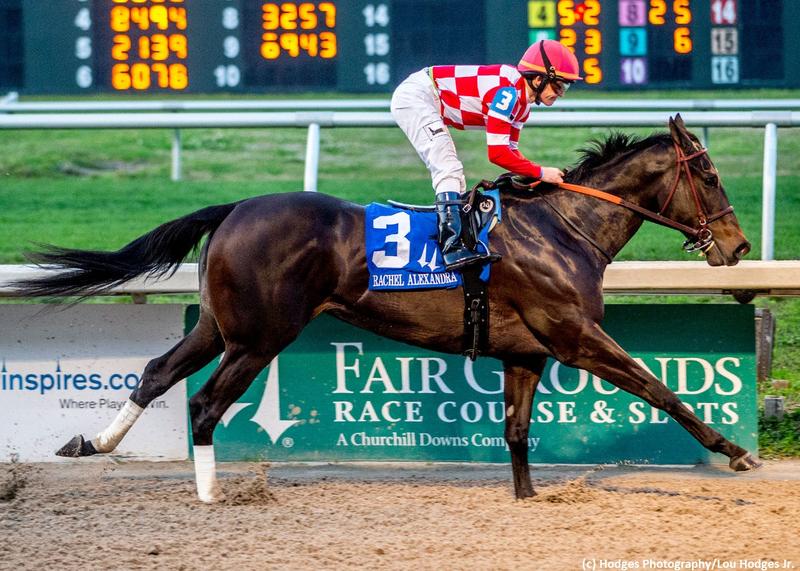 Racing fans made Joel Politi’s Serengeti Empress the 9-5 favorite in Saturday’s $198,000 Rachel Alexandra Stakes (G2) at Fair Grounds , and the dark bay miss did not disappoint in her sophomore bow.

With jockey James Graham as a passenger, Serengeti Empress shot straight to the lead when the gates opened and never looked back. She extended her advantage down the backstretch while setting splits of :24.02, :47.81 and 1:12.45. The Alternation filly had six lengths to spare in the stretch on her nearest rival, and that’s when Graham began gearing his mount down.

“Her cruising gear is so good,” Graham said. “You watch her races from Ellis Park and from Churchill, she bounces along on the front end and travels through her races beautifully. She put them to bed turning for home. She did it the right way. She’s a little aggressive but she’s fast.”

Serengeti Empress crossed under the wire 4 1/2 lengths the best, stopping the clock in 1:44.74 for 1 1/16 miles over the fast main track. The win netted the Kentucky-bred lass 50 points toward a spot in the starting gate for the Kentucky Oaks (G1) on May 3 at Churchill Downs .

The Rachel Alexandra kicked off the Championship portion of the Road to the Kentucky Oaks series, offering up 50-20-10-5 points to the respective top four finishers. Serengeti Empress now sits atop the Kentucky Oaks Leaderboard with 60 total points.

“She is very naturally quick and that helps her cause a great deal,” trainer Tom Amoss said. “Certainly this racetrack helped her cause…having said that, I think that was a really good performance by a filly that a lot of people questioned whether she legitimately wanted to go a lot of ground…she took it to them today right out of the gate and it was fun to watch."

“I sure want to run there. I want to defend our title!” said Amoss, who saddled last year’s Fair Grounds Oaks winner, Chocolate Martini.

Liora, sent off as the 23-1 second longest shot in the race, jumped to third on the Leaderboard with 31 total points for finishing second in the Rachel Alexandra. It was another 1 1/4 lengths back to Eres Tu, the 25-1 longest shot, who had 2 1/2 lengths to spare on 17-1 third longest price Street Band at the wire. Eres Tu is now sixth on the Leaderboard while Street Band made her debut in 20th.

“Tom had his filly ready. I was impressed,” said Wayne Catalano, who trains Liora. “My filly ran her race today. She was what they call ‘second best.’”

“Tom’s filly is fast,” agreed Liora’s jockey, Channing Hill. “My filly got bounced around a little down the backside and didn’t get herself put together until the top of the lane. I was real proud of the effort.”

Serengeti Empress is now 6-4-0-0 in her career with $327,870 in lifetime earnings. After breaking her maiden by 5 1/2 lengths at Indiana Grand last July 4, the Tom Amoss pupil went on to finish fourth in the Schuylerville Stakes (G3) at Saratoga. That supbar effort was followed by a pair of dominating wins in the Ellis Park Debutante and Churchill’s Pocahontas Stakes (G2).

Serengeti Empress was sent off the third choice at nearly 4-1 in the Breeders’ Cup Juvenile Fillies (G1) to round out her two-year-old campaign. She tracked the pace set by eventual winner Jaywalk on the backstretch before fading to seventh on the wire.

Bred in Kentucky by Tri Eques Bloodstock LLC, Serengeti Empress is out of the Bernardini mare Havisham, who is herself a daughter of Argentinean Group 3 winner and U.A.E. Oaks third Love Dancing. 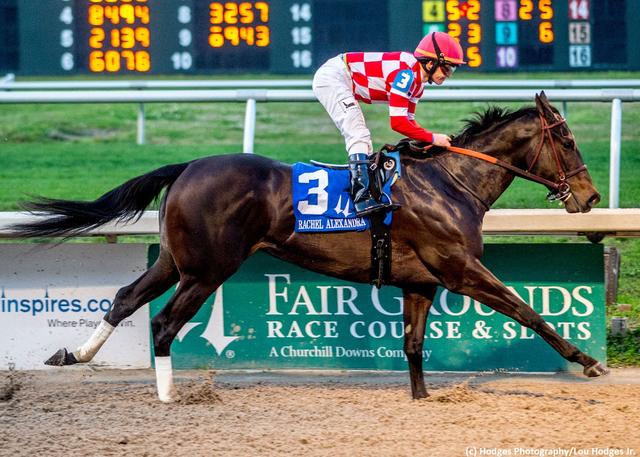