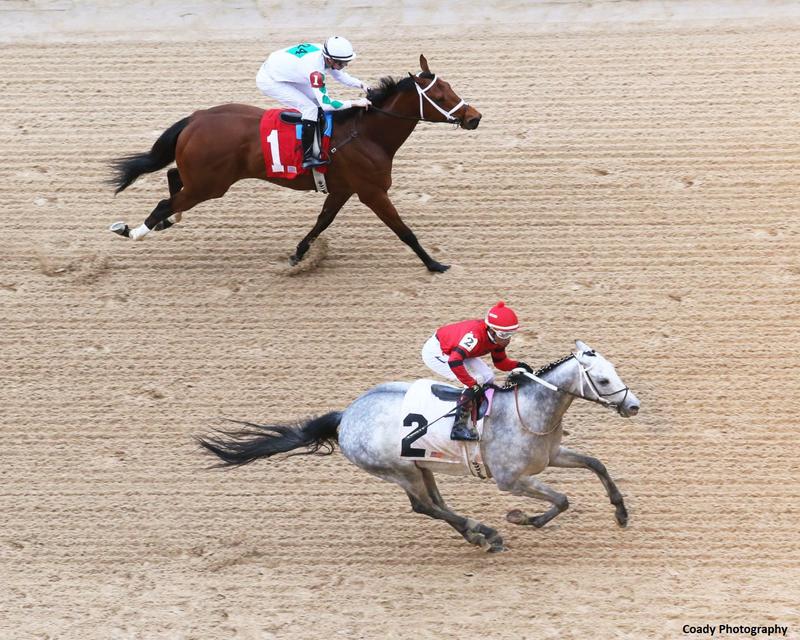 Hero of last fall’s Kentucky Jockey Club (G2), where Tiz the Law was a troubled third and Enforceable fourth, Silver Prospector had raced once in the interim. The gray was a belated fourth in the Jan. 24 Smarty Jones, while his stablemate Gold Street had gotten away with a modest pace on his preferred muddy track.

The Southwest offered a completely different constellation of circumstances. Gold Street never made it to the lead on the fast track and proved unable to make his presence felt from off the pace. Silver Prospector, in contrast, moved forward from his Smarty Jones tightener.

As Wells Bayou dashed to the front from his rail post, Silver Prospector took up a much closer early position tucked just behind him. Answer In, the 8-5 favorite off his narrow loss in the Springboard Mile, moved into contention on the far turn, but his lesser-fancied stablemate from the Brad Cox barn, 8-1 Wells Bayou was still rolling.

Silver Prospector, clearly full of run himself, was now the only threat. Under regular rider Ricardo Santana Jr., the 9-2 chance steered off the fence and set off in pursuit of Wells Bayou. The longtime leader wasn’t stopping in his bid to go wire to wire, and Silver Prospector did well to overhaul him by a length.

Silver Prospector scored 10 additional Derby points and now has 21 in all, good for sixth on the leaderboard. Wells Bayou earned 4 points in his terrific stakes debut. There was a 5 1/2-length gap to third-placer Answer In, who added 2 points for a total of 6. Asmussen bookended the superfecta as the fairly consistent Shoplifted checked in fourth, his 1 point upping his account to 13.

Southern California shipper Taishan was a non-threatening fifth. Villainous tired to sixth after trying to keep up with Wells Bayou early, and American Butterly, slow-starting Chase Tracker, and Gold Street rounded out the order under the wire.

Silver Prospector’s scorecard stands at 8-3-0-2, $713,051. By the successful War Front stallion Declaration of War, he gets his coat color from his dam, the multiple stakes-placed Tap Softly by Tapit. 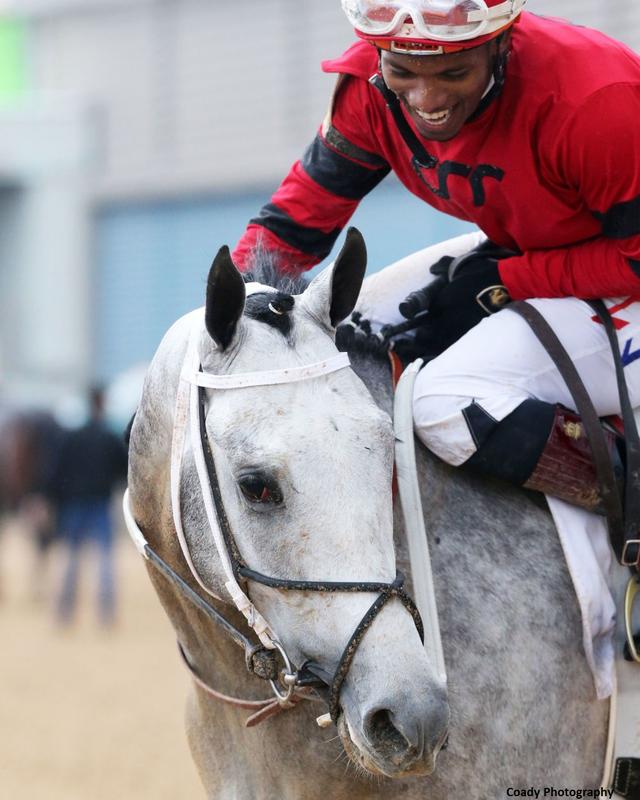