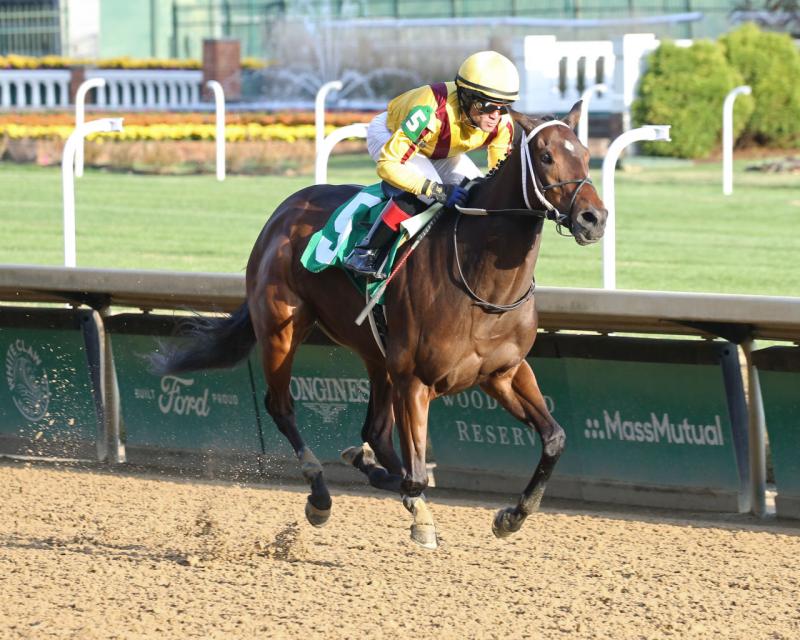 Royally-bred fillies La Crete and Sweet as Pie will vie for Kentucky Oaks (G1) points in Saturday’s $150,000 Silverbulletday S. at Fair Grounds. Named for the Hall of Famer who began her march to the Oaks at the historic New Orleans track in 1999, the Silverbulletday is a stepping stone to the Rachel Alexandra (G2) and Fair Grounds Oaks (G2).

Churchill Downs debut romper La Crete is a half-sister to Clairiere, who captured last year’s Rachel Alexandra, placed second in the Fair Grounds Oaks, and finished fourth in the Kentucky Oaks. Later winning the Cotillion (G1), Clairiere was most recently a close fourth in the Breeders’ Cup Distaff (G1).
Like Clairiere, La Crete is a Stonestreet Stables homebred trained by Steve Asmussen. Both are out of multiple Grade 1 queen Cavorting, but by different sires. While Clairiere is by Curlin, La Crete is by Medaglia d’Oro.
Another difference is their running style. Although both won first out at Churchill, La Crete sped to the lead and opened up in her Nov. 20 unveiling, unlike late-running Clairiere. La Crete figures to take a prominent role in this second career start. The bay is tactically drawn in post 5 in the six-filly field, and Joel Rosario is back aboard.
Sweet as Pie, owned by Westerberg in partnership with Coolmore, ships in for Todd Pletcher. By Tapit and out of the stakes-winning Smart Strike mare Treasuring, the gray hails from the deep family of 2007 Belmont (G1) heroine Rags to Riches.
After rallying to score in her Belmont Park debut, Sweet as Pie could get no nearer than fourth last time out in the Nov. 5 Tempted S. Note that a couple of her stablemates have moved forward from Tempted losses. Tempted third Nest came back to win the Demoiselle (G2), and Tempted fifth Goddess of Fire was a closing second in the Jan. 15 Gasparilla S. Florent Geroux picks up the mount on Sweet as Pie, who will break from post 4.
Fannie and Freddie was just collared late by North County in the Untapable S. at this track and mile-and-70-yard trip. The only runner from that Dec. 26 stakes to wheel back in the Silverbulletday, Fannie and Freddie has drawn the rail again. The Al Stall Jr. pupil projects another forward trip with jockey Colby Hernandez.
Bernabreezy steps up from her Fair Grounds maiden score. Despite a slow start, the daughter of champion Bernardini rolled from off the pace to win going away by 2 1/4 lengths.
Miss Chamita comes off a distant third in an Oaklawn Park allowance to well-regarded Secret Oath and Matareya. Although seventh in last fall’s Pocahontas (G3) in her only prior stakes attempt, Miss Chamita is by Keen Ice, famous for upsetting American Pharoah in the 2015 Travers (G1). Candy Raid has a tough task on paper, as the winner of just two of seven starts versus lesser. But trainer Keith Desormeaux can’t be discounted.
Worth Oaks points on the 10-4-2-1 scale, the Silverbulletday is the 11TH race (5:52 p.m. ET) on the banner 14-race card. The “Road to the Derby Day” program culminates in the Lecomte (G3) for Kentucky Derby hopefuls. 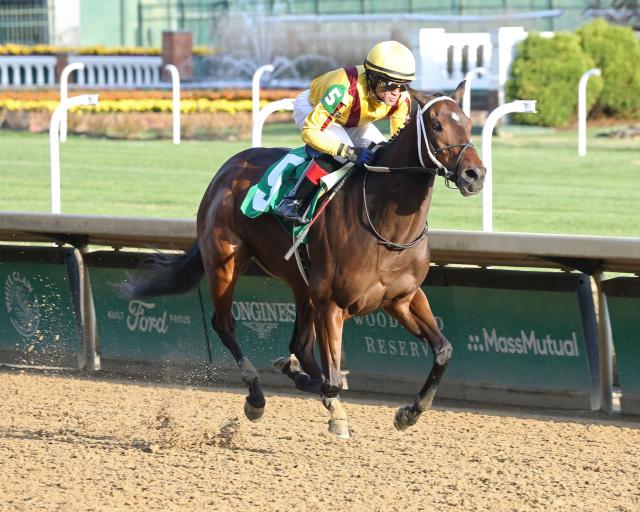