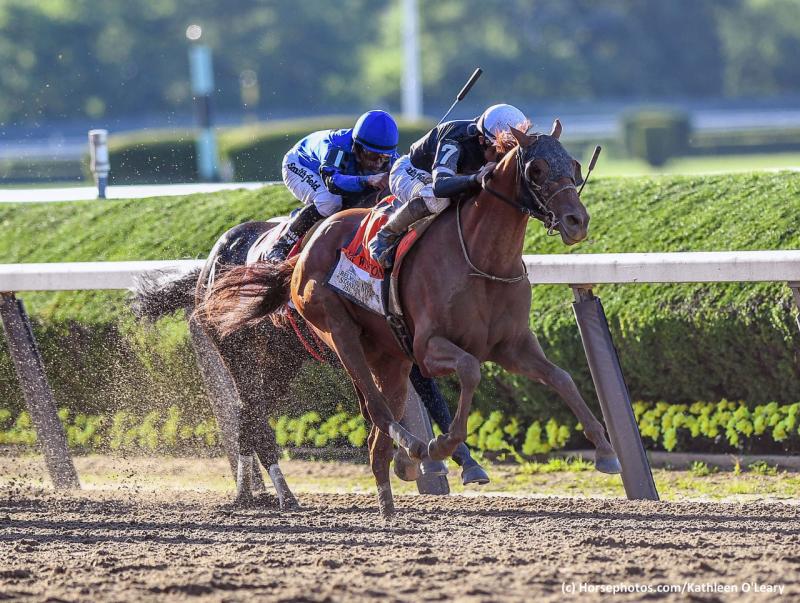 Sir Winston, the less fancied of two Mark Casse-trained runners in Saturday's $1.5 million Belmont Stakes (G1), gave the popular conditioner his second classic win of the season as the son of Awesome Again registered a 10-1 upset of the 1 1/2-mile "Test of the Champion" on Saturday at Belmont Park.

A homebred racing for Tracy Farmer and ridden by Joel Rosario, Sir Winston traveled in eighth through the first half of the race while saving ground. Improving position while hugging the rail around the far turn, Sir Winston found himself on the heels of long-time leader Joevia approaching the stretch.

Turning for home, Rosario switched Sir Winston outside for running room, made the front with more than a furlong remaining and then held off a late bid from 9-5 favorite Tacitus to win by a length in a time of 2:28.30 over a fast track. Sir Winston returned $22.40.

Joevia held on for third and was followed by Tax, Master Fencer, Spinoff, Everfast, Intrepid Heart, War of Will, and Bourbon War.

This was the second Belmont win for Rosario, who was aboard Tonalist in 2014. Casse, who was also represented by Preakness (G1) winner War of Will on Saturday, became the third trainer in the past half-century to win the Preakness and Belmont in the same year with two different horses. D. Wayne Lukas did it 1995 with Timber Country and Thunder Gulch, while John Jacobs achieved the feat in 1970 with Personality and High Echelon.

The Belmont was the first career win on dirt for Sir Winston, whose two prior scores -- a maiden and the C$100,000 Display last fall -- both occurred over the synthetic Tapeta surface at Woodbine, outside Toronto. After finishing unplaced in the Withers (G3), Tampa Bay Derby (G2), and Blue Grass (G2) to start his 2019 campaign, Sir Winston's form took a turn for the better in the May 11 Peter Pan (G3) at Belmont over 1 1/8 miles, where he rallied to finish second to Global Campaign.

Bred in Kentucky, Sir Winston is out of Grade 3 winner La Gran Bailadora, by 2005 Preakness and Belmont winner Afleet Alex. 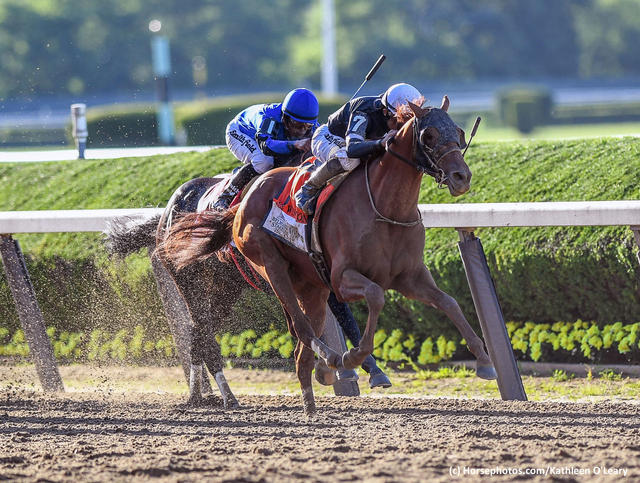