Smile Happy back in action in superb renewal of Risen Star 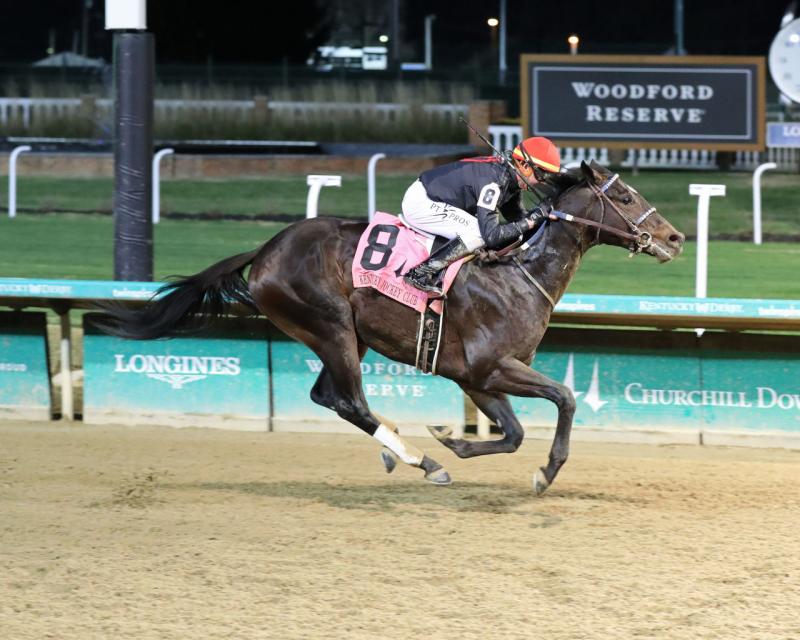 The Kentucky Derby Championship Series begins with Saturday’s $400,000 Risen Star (G2) at Fair Grounds, and this first race worth points on the 50-20-10-5 scale has attracted a terrific cast. Smile Happy, the individual favorite in the Kentucky Derby Future Wager, will put his unbeaten record on the line against Southern California shipper Slow Down Andy, fellow Florida invaders Zandon and Pioneer of Medina, and locally-based Epicenter and Pappacap.

Smile Happy was last seen driving to a convincing victory in the Nov. 27 Kentucky Jockey Club (G2) at Churchill Downs. The Ken McPeek trainee enjoyed a holiday break before gearing up for his return, but his reputation has been enhanced in absentia.
Three of Smile Happy’s vanquished rivals have come back to win scoring events on the Road to the Kentucky Derby – runner-up Classic Causeway just impressed in last Saturday’s Sam F. Davis (G3), third White Abarrio surged clear in the Feb. 5 Holy Bull (G3), and Kentucky Jockey Club seventh Call Me Midnight upset the Jan. 22 Lecomte (G3) here at Fair Grounds.
Smile Happy aims to continue the pattern in the 1 1/8-mile Risen Star. Drawn in post 8 in a 10-horse field, the son of champion Runhappy keeps Corey Lanerie aboard.
Slow Down Andy represents trainer Doug O’Neill, who sent Hot Rod Charlie to win last year’s Louisiana Derby (G2). By 2016 Kentucky Derby champ Nyquist, Slow Down Andy has already knocked off one big favorite. The Reddam Racing homebred upset the Dec. 11 Los Alamitos Futurity (G2) by overtaking hotpot Messier. His feat took on new importance after Messier went on to conquer the Feb. 6 Robert B. Lewis (G3). Slow Down Andy would consolidate his status as the foiler of favorites if he can deny Smile Happy. Regular rider Mario Gutierrez will guide the California-bred from the outside post 10.
The Chad Brown-trained Zandon is the only entrant with experience at the distance, having missed narrowly to Mo Donegal in the Dec. 4 Remsen (G2). Their stretch tussle involved some scrimmaging, as Mo Donegal came over on Zandon, and he had to survive an inquiry and objection to keep the trophy. Zandon was all heart that day, especially considering he was stretching out from a six-furlong debut. Jose Ortiz comes in to pick up the mount.
While Lecomte winner Call Me Midnight is awaiting the Mar. 26 Louisiana Derby (G2), the next three finishers from that prep renew rivalry on Saturday. Epicenter nearly led all the way, only to be nabbed late. The Steve Asmussen pupil had romped in his prior two starts, including the first Fair Grounds scoring race, the Dec. 26 Gun Runner S. Epicenter promises to show speed with a returning Joel Rosario.
Pappacap was a close third as the 3-2 favorite in his Lecomte comeback, where he came through on the rail. The Mark Casse colt gets a rider switch to Tyler Gaffalione, but he’s likely to get stuck with another inside trip after drawing the rail. Although winless since last summer’s Best Pal (G2), Pappacap has continued to run well. The son of Gun Runner concluded 2021 with second-place efforts behind champion Corniche in the American Pharoah (G1) and Breeders’ Cup Juvenile (G1).
Lecomte fourth Trafalgar needs to take a substantial step forward, and trainer Al Stall hopes that putting blinkers on will accomplish it. Trafalgar, who was second to Classic Causeway in their mutual debut at Saratoga, broke his maiden impressively at Churchill Downs. But he just scraped home in a Fair Grounds allowance en route to the Lecomte.
Pioneer of Medina, 2-for-2 since adding blinkers, already sports a win over the track. The Todd Pletcher colt shipped in to wire an allowance on the Lecomte undercard, and now sets his sights on a more lucrative raid. The son of Pioneerof the Nile (the same sire as Triple Crown winner American Pharoah) figures to mix it up on the front end with new rider Luis Saez.
Also by Pioneerof the Nile is Tawny Port, winner of both starts over a mile on the Turfway Park Tapeta for Brad Cox. Fresh off his second straight Eclipse Award as outstanding trainer, Cox is also bidding to repeat in the Risen Star. Unlike last year, when his Mandaloun prevailed as the favorite, both of Cox’s runners are outsiders taking a class hike. Tawny Port appears better fancied by the barn, as the mount of Florent Geroux. Stablemate Bodock is likewise perfect from two starts, but in sprints at Indiana Grand and Fair Grounds. Marcelino Pedroza keeps the ride on the Calumet homebred, a full brother to 2017 Sunland Derby (G3) hero and Kentucky Derby participant Hence.
The biggest longshot in the field, Russian Tank, has been well beaten in a pair of allowances since his turf maiden score. Trainer Gennadi Dorochenko is best known for pulling a 109-1 shocker in the 2012 Louisiana Derby with Hero of Order.
The Risen Star, scheduled for 6:58 p.m. (ET), anchors an outstanding 13-race card at Fair Grounds. Five other stakes are on tap, including the Rachel Alexandra (G2) on the Road to the Kentucky Oaks, along with maiden and allowance races worth watching for potential up-and-comers. 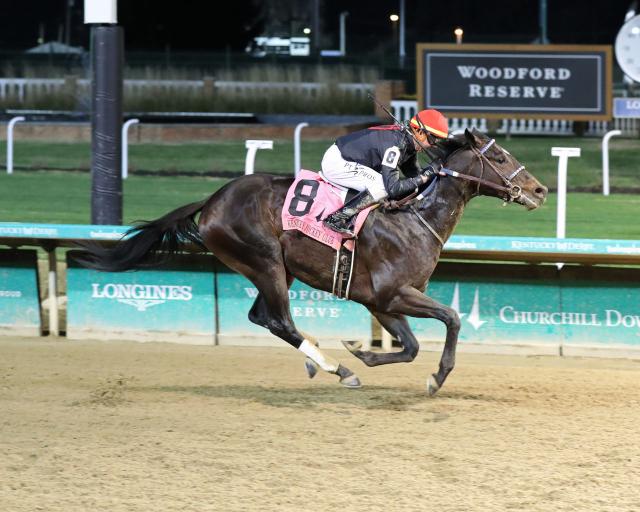