Sole Volante, Chance It among dozen in Tampa Bay Derby 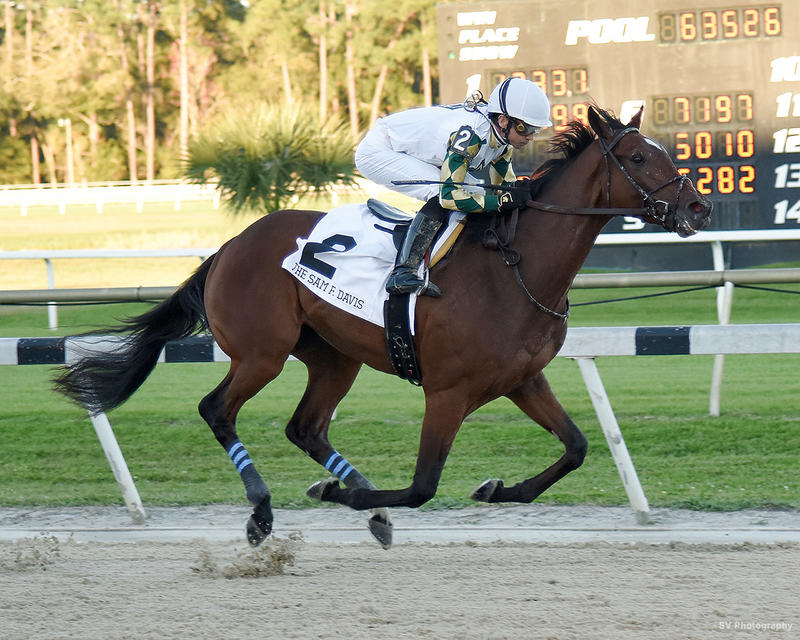 Scratched from last weekend's Fountain of Youth (G2) due to a wide draw, Chance It should have few excuses having drawn post 4 for Saturday's $400,000 Tampa Bay Derby (G2) over 1 1/16 miles. One of three Road to the Kentucky Derby preps on Saturday, the Tampa Bay Derby awards qualifying points of 50-20-10-5 to the top four finishers.

A winner in four of six starts to date, including the 1-mile Mucho Macho Man S. in early January after a prolonged stretch duel, Chance It enters off a string of strong works at Gulfstream for trainer Saffie Joseph Jr.

Sole Volante, third in the Mucho Macho Man prior to toppling heavily favored Independence Hall in the Sam F. Davis (G3) at Tampa last month, looks to give trainer Patrick Biancone a second leading Kentucky Derby (G1) contender after Ete Indien romped in the Fountain of Youth. The gelded son of Karakontie began his career on turf going 2-for-2, including a victory in the 1-mile Pulpit S.

Trainer Todd Pletcher, who's won the Tampa Bay Derby five times, relies on last-out maiden winners Market Analysis and Texas Swing, as well as the maiden Unrighteous. The latter was recently second to Spa City, a Godolphin homebred son of 2007 Tampa Bay Derby winner Street Sense. Spa City is trained by Kiaran McLaughlin, who announced Wednesday he would soon be leaving the training profession to become an agent for jockey Luis Saez.

A total field of 12 will line up for the Tampa Bay Derby, which has a scheduled post time of 5:32 p.m. (EST). You can watch and wager at TwinSpires.com.