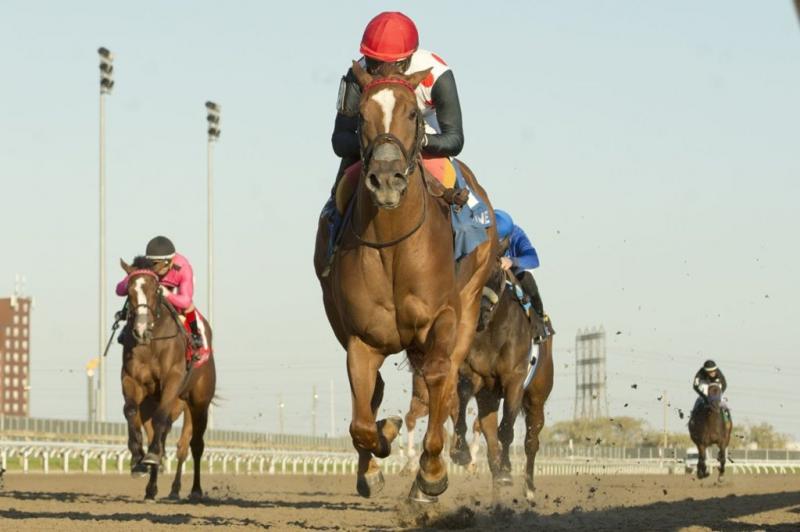 After Souper Sensational impressively won her first two starts in the span of three weeks last fall in Canada, her connections contemplated, but ultimately decided against, another quick turnaround for the Breeders' Cup Juvenile Fillies (G1).

An early test of whether that strategy was the correct one occurs Saturday when the promising daughter of Curlin highlights the $150,000 Silverbulletday Stakes at Fair Grounds. Contested at one mile and 70 yards, the Silverbulletday offers Kentucky Oaks qualifying points of 10-4-2-1 to the top four finishers.

Trained by Mark Casse for owner Charlotte Weber's Live Oak Plantation, Souper Sensational is out of a half-sister to Grade 1 winner Tiz Miz Sue. The word was out on the chestnut heading into her Sept. 26 debut at Woodbine, which she won by more than two lengths. She was even more dazzling in the Oct. 17 Glorious Song S., romping by four lengths as the odds-on choice. Although both runs were over 7 furlongs on Tapeta, Souper Sensational's pedigree make her a likely convert to dirt on Saturday.

Trainer Brad Cox will be represented by Sun Path, a track-and-distance allowance winner on Dec. 18 by 12 3/4 lengths at odds of 1-5. That pushed the Munnings filly's record to 2-for-3, having broken her maiden at Churchill Downs two starts back by a comfortable three lengths. Cox also saddles recent maiden winner Divine Comedy for Godolphin.

After dropping her first three starts, Littlestitious enters on a two-race win streak that includes a 10 3/4-length domination of the My Tusty Cat S. around two turns at Delta Downs. Stretching out for the first time is Charlie's Penny, third in the 6-furlong Letellier Memorial at Fair Grounds on Dec. 19.

Potentially chasing minor awards are Barista, an off-the-turf allowance winner at Churchill last out; Minute Waltz, third behind an eventual stakes winner in allowance company most recently; and Princess Theorem, a sharp maiden winner at Churchill who finished in midpack in the Golden Rod (G2) in late November.

The Silverbulletday goes as Race 12 on Saturday (6:20 p.m. ET) and can be watched and wagered on at TwinSpires.com. 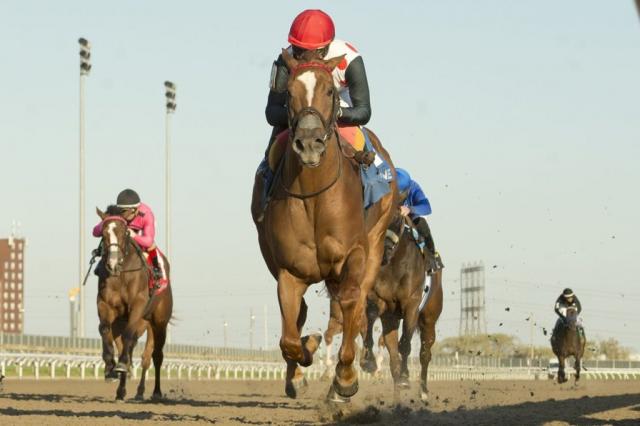