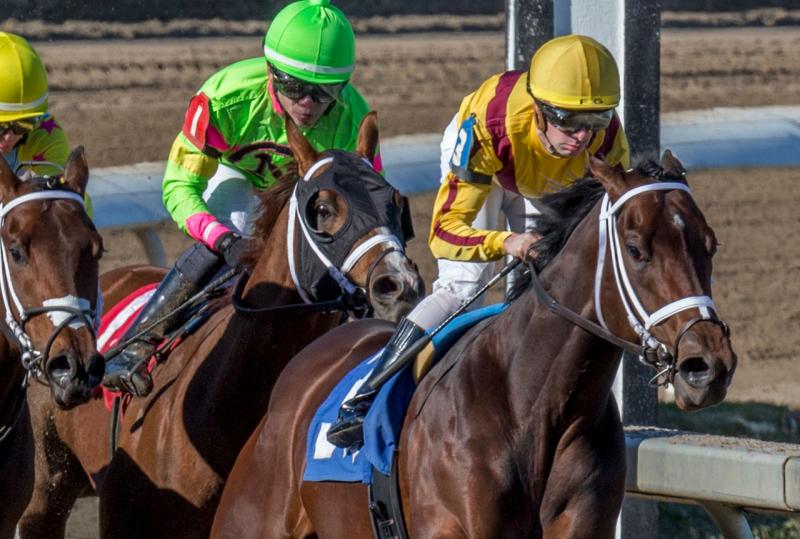 Trainer Brad Cox has won three of the past five scoring races on the Road to the Kentucky Derby, and he’ll try to keep the momentum going in Saturday’s $750,000 Southwest (G3) at Oaklawn Park. The Cox trio of Corona Bolt, Jace’s Road, and Hit Show will square off against highly-regarded Arabian Knight in the 1 1/16-mile affair.

Unbeaten Corona Bolt and Jace’s Road both captured stakes on the Dec. 26 card at Fair Grounds, while Hit Show scored in a Dec. 17 allowance over this track.

Corona Bolt romped by 6 3/4 lengths in the Sugar Bowl S., but that was a sprint like his Churchill Downs debut win. The Stonestreet Stables runner will tackle two turns for the first time here, and his pedigree offers reassurance. As his name implies, Corona Bolt is by Bolt d’Oro, the same sire as stablemate Instant Coffee, who has swept the Kentucky Jockey Club (G2) and Lecomte (G3). Flavien Prat comes to town to pick up the mount.

Jace’s Road enters with 13 Derby points in his account, 10 coming from his dominant victory in the Gun Runner S., and three from his third in the Sept. 17 Iroquois (G3). Although he set the pace in the Gun Runner and widened his advantage to 5 1/2 lengths, the Quality Road colt was previously a stalker. There’s no shortage of pace on tap here, so Jace’s Road figures to revert to his former style with jockey Joe Talamo.

Unlike his stablemates who are shipping in from New Orleans, Hit Show has been wintering at Oaklawn. The well-related son of Candy Ride and Grade 2 heroine Actress brings a 2-for-3 mark into his stakes debut. Favored in every start, he graduated first time out impressively at Keeneland, but a troubled start at Churchill Downs contributed to his fourth in an allowance. Hit Show rebounded in style here last out going a mile.

Arabian Knight, the $2.3 million sale topper at OBS April, was one of last fall’s most buzzworthy maiden winners. The odds-on favorite in his unveiling on the Breeders’ Cup undercard at Keeneland, Arabian Knight rolled to a 7 1/4-length triumph. Trainer Bob Baffert reportedly told John Velazquez to ride the colt like his sire, Uncle Mo, and Arabian Knight notched a 104 Brisnet Speed rating. Velazquez makes the trek to guide him again as he steps up to stakes company while stretching out to two turns. Because Baffert is suspended by Churchill Downs Inc., Arabian Knight is ineligible to earn Derby points.

Red Route One, by hot young sire Gun Runner, has pocketed five points by running creditably in defeat in his stakes attempts. Third in the deep Breeders’ Futurity (G1) won by likely divisional champion Forte, Red Route One was most recently a close fourth to Instant Coffee in the Nov. 26 Kentucky Jockey Club. The Steve Asmussen trainee had a checkered passage through the stretch that day, or else he might have been nearer.

Ken McPeek has two chances with Sun Thunder and Frosted Departure, both local winners on Dec. 31. Sun Thunder, a son of top sire Into Mischief, swept from well off the pace to crush a one-mile maiden. Frosted Departure has plenty of stakes experience, but he didn’t prosper until shortening up to sprints. A 9-1 upsetter of the six-furlong Renaissance S. on New Year’s Eve, he gets another chance to answer the distance question.
Western Ghent has been disappointing at the graded stakes level. But the D. Wayne Lukas pupil showed a bit more when fourth in the Jan. 1 Smarty Jones S., the first leg of Oaklawn’s Road to the Kentucky Derby. Rounding out the field is El Tomate, a big winner at first asking at Remington Park.
The Southwest is worth points to the top five finishers, if eligible, on a 20-8-6-4-2 scale. The companion $200,000 Martha Washington S. for fillies offers the same points structure toward the Kentucky Oaks (G1).
Likewise contested at 1 1/16 miles, the Martha Washington pits McPeek’s Defining Purpose against undefeated Olivia Twist from the Todd Fincher barn.
Defining Purpose first attracted attention with a six-length maiden win at Churchill in November. She wheeled back nine days later for the Golden Rod (G2), but was no match for Hoosier Philly in a wide-trip fifth. Defining Purpose was a different proposition in the Year’s End S. on New Year’s Eve at Oaklawn, where she won for fun by 5 1/4 lengths. The respective third and fourth from the Year’s End, Take Charge Briana and Taxed, will need to improve to make up that deficit.
Olivia Twist sports a perfect 3-for-3 mark, all at Remington Park. After wiring a maiden and an allowance (the latter by 15 lengths), she punched from just off the pace to add the Dec. 17 Trapeze S.
Not to be overlooked is the Cox-trained Wet Paint. A homebred for global powerhouse Godolphin, the Blame filly broke her maiden at Horseshoe Indianapolis and placed second in a Turfway Park allowance.
Key to Success, second to the smart Twirled in a sprint allowance here, completes the six-filly cast. Initially trained by McPeek, she was claimed out of her Keeneland maiden tally for $30,000. Current trainer Mike Puhich haltered her for $50,000 when she was subsequently third at Churchill Downs.
The Martha Washington is carded as the fifth race, with a 3:10 p.m. post time, and the Southwest goes as the 10th at 5:57 (all times ET). You can watch and wager at TwinSpires.com. 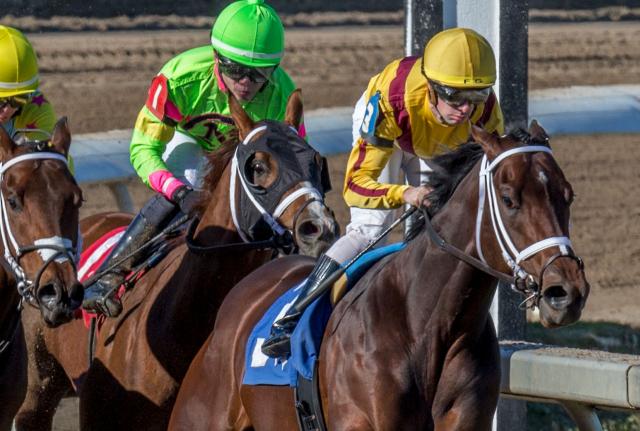