The Triple Crown wraps up on Saturday with the $1 million Preakness (G1) at Pimlico. Normally the middle leg of the three-race series, this year's Preakness will conclude the 2020 classics after being postponed from May 16 due to COVID-19. Even with its rescheduled date, the Preakness has attracted 11 talented 3-year-olds to vie for victory over 1 3/16 miles.

This experienced colt ran nine times between July 2019 and March 2020, but hasn't started since finishing second at odds of 82-1 in the Mar. 14 Rebel (G2) at Oaklawn Park. The son of Belmont Stakes (G1) winner Union Rags rallied resolutely to finish just three-quarters of a length behind future Arkansas Derby (G1) winner Nadal, but it's worth noting Excession benefited from closing ground into fast fractions over a sloppy track. With a career-best 94 Brisnet Speed rating, Excession will need a step forward (and another favorable setup) to factor in the Preakness.

A stoutly-bred son of Giant's Causeway out of a Galileo mare, Mr. Big News is bred to relish classic distances, as he demonstrated when rallying to finish third in the Kentucky Derby (G1) at odds of 46-1. Mr. Big News isn't the most consistent colt in training, misfiring in his two previous graded stakes attempts, but a stretch-running victory in the Apr. 11 Oaklawn S. hints his Derby effort wasn't a fluke. Mr. Big News will be one to watch from off the pace if the Preakness pace is fast.

A son of 2006 Preakness winner Bernardini, Art Collector has been on fire this year, going 4-for-4 against tough company while employing a wide variety of running styles. A decisive winner of the Blue Grass (G2) and Ellis Park Derby during the summer, Art Collector missed the Kentucky Derby with a minor hoof issue, but a trio of fast workouts in the interim suggest he's back in peak form. With three straight triple-digit Brisnet Speed ratings to his credit, Art Collector looms as the main threat to take down Authentic.

Runner-up in the Kentucky Oaks (G1) and a four-time graded stakes winner, Swiss Skydiver will attempt to become the first filly to win the Preakness since Rachel Alexandra in 2009. Overall, Swiss Skydiver fits well against her male rivals on paper—the 109 Brisnet Speed rating she posted when dominating the Alabama (G1) is actually the highest figure in the Preakness field. But she was beaten 3 1/2 lengths by Art Collector in the Blue Grass and will need a step forward to turn the tables at Pimlico.

What kind of performance can we expect from Thousand Words in the Preakness? Sold for $1 million as a yearling, Thousand Words has shown the ability to win with pacesetting, pressing, and stalking trips. But the son of Pioneerof the Nile was scratched from the Kentucky Derby after acting up in the paddock, which means he'll enter the Preakness off a two-month layoff. He was certainly impressive when wiring the Aug. 1 Shared Belief S. with a 104 Brisnet Speed rating, but the addition of blinkers for the Preakness makes it unclear what strategy he'll employ at Pimlico.

Jesus' Team has made impressive progress in 2020, climbing from the claiming ranks to hit the board in the Haskell (G1), Pegasus S., and Jim Dandy (G2). A consistent colt with enough tactical speed to be involved from the outset, Jesus' Team has assembled solid Brisnet Speed ratings, but has already been defeated by four of his Preakness rivals. He'll need a step forward to challenge at Pimlico.

Ny Traffic enjoyed a productive and consistent journey on the Road to the Kentucky Derby, cracking the trifecta in four straight graded stakes while boosting his career earnings above the half-million mark. He peaked with gallant runner-up effort in the Haskell, beaten just a nose by Authentic, but weakened in the Kentucky Derby to finish eighth by 13 3/4 lengths. Handicappers must debate whether Ny Traffic's Derby effort was a fluke, or a sign that the gray colt is regressing after a busy campaign.

It's hard to knock Max Player, a stretch-running colt who always tries his best. Winner of the Withers (G3) back in February, Max Player unleashed relentless late rallies to finish third in the Belmont Stakes, third in the Travers (G1), and fifth in the Kentucky Derby during a productive summer campaign. Two-time Preakness-winning trainer Steve Asmussen has sent the son of Honor Code through three workouts since Derby Day, so fitness shouldn't be an issue. If the pace is hot, Max Player can fight for a prominent spot in the trifecta.

Hall of Fame trainer Bob Baffert has gone 5-for-5 when saddling Kentucky Derby winners in the Preakness, so you can bet the recently-crowned 2020 Kentucky Derby winner Authentic will be formidable at Pimlico. A pure front-runner with four graded stakes wins under his belt, Authentic carved out a steady pace at Churchill Downs, then turned back a challenge from heavy favorite Tiz the Law to win by 1 1/4 lengths in 2:00.61—the seventh-fastest Derby in history. But whereas Authentic was relatively unheralded at Churchill Downs, he'll be racing with a target on his back in the Preakness. Don't be surprised if his rivals get aggressive in pressing the early pace.

A stoutly-bred son of Uncle Mo out of a Tapit mare, Pneumatic has been specifically pointed to the Preakness since rolling to a decisive victory in the Aug. 15 Pegasus S. at Monmouth Park. The Winchell Thoroughbreds homebred couldn't quite hold his own against elite competition when finishing fourth in the Belmont Stakes, but his pedigree suggests he'll improve with maturity, and a small step forward at Pimlico can put him in contention for a major piece of the purse.

Liveyourbeastlife is bred to excel over classic distances, and he's definitely lived up to his pedigree since stretching out around two turns, winning a 1 1/8-mile allowance race at Saratoga before rallying hard to finish second in the Jim Dandy. A stoutly-bred youngster progressing in the right direction is usually a good bet in a Triple Crown race, though Liveyourbeastlife will need improvement from a Brisnet Speed rating perspective to challenge against Saturday's caliber of competition. 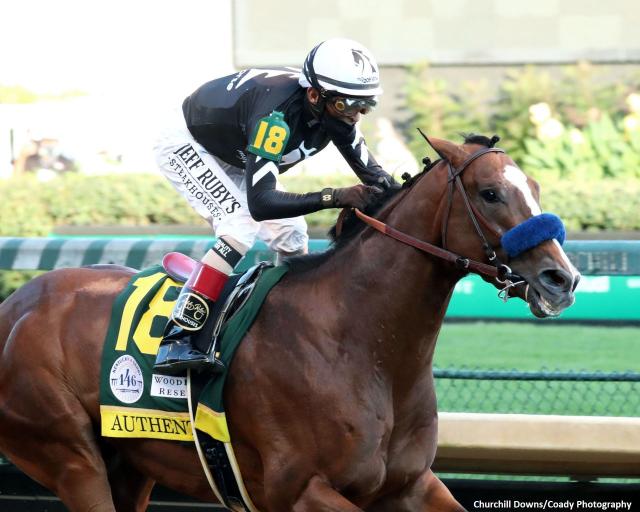