Stakes racing at the Churchill Downs spring meet continues on Saturday with the $150,000 Mint Julep S. (G3). The 1 1/16-mile turf test for fillies and mares has attracted a competitive field of 11, led by Grade 1 winner Juliet Foxtrot.

Although Mintd isn't a stakes winner, she did show some talent when rallying to win a one-mile allowance over the Churchill Downs turf course in April. The daughter of elite miler Olympic Glory gained 10 lengths in the second half of the race to beat an unchallenged pacesetter by 1 1/4 lengths. A ground-saving journey should be in the offing form post 1, and if Mintd takes a step forward in her second start of the season, a top-four finish isn't out of the question

After placing four times against Grade 1 company, Juliet Foxtrot finally secured a top-level win of her own in the April 10 Jenny Wiley S. (G1) at Keeneland, her first start of 2021. Seizing the early lead through slow fractions, Juliet Foxtrot led all the way over a yielding course to beat a quality field (including next-out Grade 1 winner Maxim Rate) by two lengths. But is Juliet Foxtrot unbeatable? She missed a scheduled start in the Gamely S. (G1) due to less-than-perfect bloodwork, and she's finished out of the money in her last two starts at Churchill, including a sixth-place effort as the favorite in the 2020 Mint Julep. In terms of proven class and accomplishments, Juliet Foxtrot is a standout in Saturday's race. But she isn't necessarily guaranteed to win.

Runner-up in the Edgewood S. (G2) racing one mile over the Churchill turf last summer, Hendy Woods kicked off 2020 with an encouraging allowance win over the same course and distance. After stalking the pace from third place, Hendy Woods produced a perfectly timed rally to reel in the pacesetters and hold off the deep closers by a head. The daughter of Uncle Mo might still have upside, stamping her as a logical contender under hot jockey Florent Geroux.

Speaking of runners with upside, the lightly raced Vezpa has only run three times and still has plenty of room for improvement. Formerly based in Uruguay, Vezpa kicked off 2021 with a winning effort in her U.S. debut, rallying gamely to win a one-mile turf allowance at Churchill by a nose. Her Brisnet Speed rating was modest (81), but Vezpa showed some grit to snatch victory in a driving finish and looks like an intriguing longshot.

A daughter of 2015 Triple Crown winner American Pharoah, Lashara has proven to be a capable allowance competitor on the New York and Florida circuits, but victory at the stakes level has been elusive. A recent fourth-place effort in the Powder Break S. at Gulfstream Park suggests Lashara may find the step into Grade 3 company a bit challenging.

Although Dominga has won or placed three times in ungraded stakes, her best efforts have come at Fair Grounds, and her forays into graded stakes company have been a bit less inspiring. Fifth in the 2020 Regret S. (G3) at Churchill Downs, Dominga enters the Mint Julep off a sixth in the 1 1/2-mile Bewitch S. (G3) at Keeneland. Cutting back to 1 1/16 miles will surely help Dominga's chances, but a spot in the superfecta might be the ceiling for her potential.

A veteran of 28 starts, Flash n' Dance has elevated her game to a new level since transitioning from dirt to turf. She hasn't been headed in three starts on grass, including a pair of allowance wins at Indiana Grand last month. But the six-year-old mare will face much tougher company in the Mint Julep, and locking horns with Juliet Foxtrot in a battle for early supremacy is bound to be a challenging assignment.

Like several of the Mint Julep entrants, Tuned has yet to win at the stakes level. But she's nevertheless shown respectable form against talented competition, most notably coming home fourth in the Marshua's River S. (G3) and The Very One S. (G3) at Gulfstream during the winter. In the latter race, Tuned was compromised by rallying into a slow pace that saw the early leaders finish 1-2-3. She subsequently finished second in a quality allowance at Keeneland, so if a contested pace unfolds in the Mint Julep, Tuned can come running to crash the superfecta at double-digit odds.

By virtue of a narrow runner-up effort in the 2020 Coaching Club American Oaks (G1), Crystal Ball ranks among the most accomplished fillies in the Mint Julep field. But although the bay filly is 2-for-2 against allowance company this season, she's competed exclusively on dirt, so switching to turf for the Mint Julep is a significant question mark. Crystal Ball's breeding leans toward success on the main track, so trusting Crystal Ball at relatively short odds could be a risky proposition, especially since her forwardly placed running style figures to place her in an early battle with Juliet Foxtrot.

Fourth in the La Prevoyante S. (G3), third in the The Very One S. (G3), fifth in the Orchid S. (G3) -- Sister Hanan knocked heads with some tough competition at Gulfstream during the winter and performed respectably on every occasion. The daughter of Orb has tactical speed, but is equally effective settling back and unleashing a late rally, which might be her best hope for success while breaking form post 10 in the Mint Julep. Don't count this consistent and versatile five-year-old out of the mix.

She'sonthewarpath couldn't keep pace with Juliet Foxtrot in the 2020 Gallorette S. (G3), weakening to finish fourth, but the rest of her form is encouraging. The four-time stakes winner hasn't missed the board in her last eight starts, including when finishing fourth by half a length in the 2020 Mint Julep. A mid-pack closer capable of setting or tracking the pace if necessary, She'sonthewarpath has posted seven straight 90+ Brisnet Speed ratings and enters off a solid fourth in the 5 1/2-furlong Unbridled Sidney S. at Churchill. This sprint sharpener should have She'sonthewarpath poised for a peak effort in her second start of the season, though avoiding a wide trip from post 11 could be challenging. 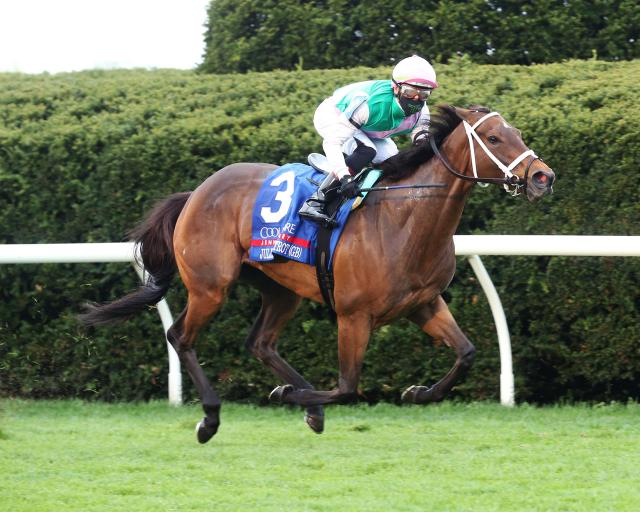