With a $1,000,000 purse, Saturday's Pacific Classic (G2) at Del Mar is a major summer target for some of the best 3-year-olds and older horses in training. The fact the 1 1/4-mile race awards a "Win and You're In" berth to the Breeders' Cup Classic (G1) only adds to its lucrative nature.

Tripoli has been on a roll since switching from turf to dirt, winning a 1 1/16-mile allowance at Santa Anita before rallying to finish second by just a half-length in the San Diego H. (G2) at Del Mar. Tripoli has the pedigree to thrive over 1 1/4 miles, and trainer John Sadler has won two of the last three editions of the Pacific Classic, stamping Tripoli as a logical contender for victory.

This consistent son of Tiznow does his best work over 1 1/2 miles, with victories in the Cougar II S. (G3) and Tokyo City S. (G3) to his credit this season. Cutting back to 1 1/4 miles is a question mark for Tizamagcian, though there isn't a ton of speed in the Pacific Classic field, so Tizamagician's pacesetting/tracking running style should ensure he receives a favorable trip.

Two-time graded stakes winner ships in from the East Coast after rallying to victory in the 1 1/8-mile Monmouth Cup (G3) at Monmouth Park. Runner-up in the 2020 Belmont S. (G1), Dr Post is untested over 1 1/4 miles, but fits well in terms of Brisnet Speed ratings and can't be counted out of the mix.

Although Royal Ship was beaten to third-place in the San Diego H. (G2) last month, he'd previously displayed strong form over 1 1/4 miles when finishing second by a head in the Hollywood Gold Cup (G1). Trainer Richard Mandella has won the Pacific Classic four times, as has Hall of Fame jockey Mike Smith, so Royal Ship has high-profile connections in his corner. If he improves while stretching back out in distance, Royal Ship can be involved at the finish.

Express Train showed impressive grit and determination to win the San Diego H. (G2) in narrow fashion over Tripoli and Royal Ship, his second graded stakes win of the season. But Express Train is winless from two attempts at 1 1/4 miles, finishing second in the Santa Anita H. (G1) and third in the Hollywood Gold Cup (G1), so it's fair to wonder if slightly shorter distances might be his true forte.

Trainer Bob Baffert has won the Pacific Classic six times, and his quest for a record-extending seventh victory relies on Magic On Tap. The well-bred son of Tapit showed talent when rolling to a two-length victory in the Triple Bend S. (G2) at Santa Anita during the spring, but a fifth-place showing in the San Diego H. (G2) indicates he'll need improvement to factor against this caliber of competition.

Third in the Pegasus World Cup (G1) during the winter, Independence Hall didn't quite see out 1 1/4 miles in the Santa Anita H. (G1), weakening down the lane to finish fourth by 2 1/2 lengths. Freshened since April, Independence Hall will give the distance another go in the Pacific Classic, but his overall form lines suggest shorter trips might be preferable for the son of Constitution.

A stakes winner in New Mexico, the stretch-running Sheriff Brown hasn't proven quite as effective in recent starts against graded stakes company, finishing fifth in the Steve Sexton Mile (G3) and seventh in the San Diego H. (G2). The five-year-old gelding will need a step forward to challenge against Grade 1 competition in the Pacific Classic.

Racing  1 1/2 miles is Cupid's Claws best ballgame. Last fall, he beat Tizamagician by 7 1/4 lengths in the Tokyo City S. (G3), and he enters the Pacific Classic off a runner-up effort behind Tizamagician in Del Mar's Cougar II S. (G3).  The question is, can Cupid's Claws cut back to 1 1/4 miles and still be effective? He did finish second in the one-mile All American S. three starts back, so it's not out of the question for Cupdi's Claws to run well over a shorter trip. 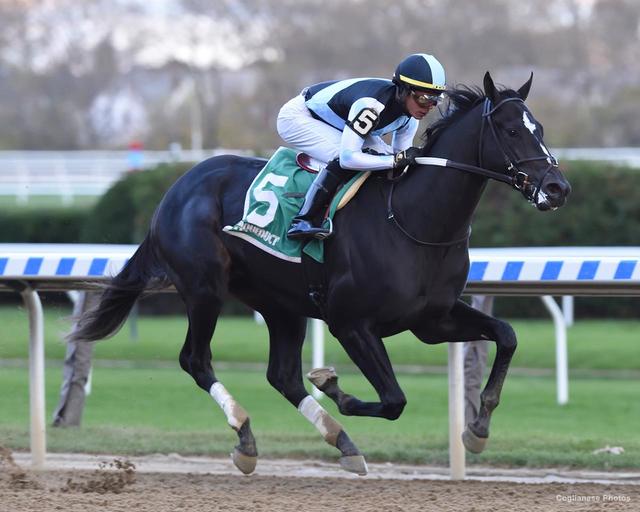