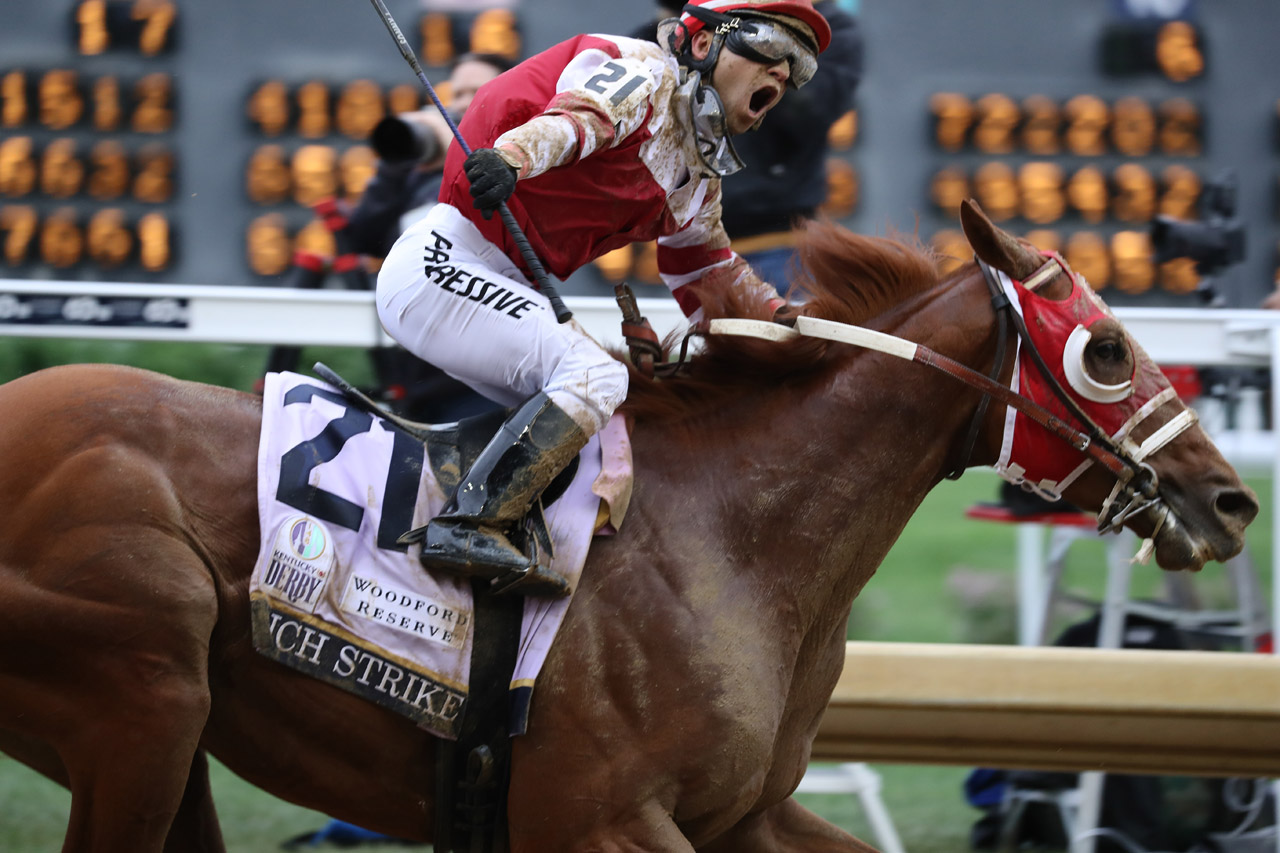 We the People couldn't have been much more impressive in the Peter Pan S. (G3) at Belmont Park, leading all the way to dominate by 10 3/4 lengths with a powerful 108 Brisnet Speed rating. We the People did benefit from securing an uncontested lead, but he finished up strongly (earning a 118 Brisnet Late Pace rating) and clearly has a lot of talent. We the People looms as the lone frontrunner in the Belmont field and will be tough to catch if he shakes loose on an easy lead.

The stretch-running third-place finish from the 1 1/8-mile Wood Memorial (G2) wasn't disgraced in the second leg of the Triple Crown, rallying mildly to finish fifth out of nine in the Preakness S. (G1). But the waters are arguably deeper in the Belmont, and Skippylongstocking may need a step forward to challenge for a top-four finish.

You have to admire the gritty effort Nest produced in the Kentucky Oaks (G1) last month. Forced to wait in traffic at a pivotal moment around the final bend, Nest rallied resiliently down the homestretch to finish second, beaten only two lengths by the unencumbered Secret Oath. Nest is bred top and bottom to excel racing 1 1/2 miles and displayed decent tactical speed when dominating the Suncoast S. and Ashland S. (G1) earlier this year, so don't dismiss this talented filly from win consideration. Trainer Todd Pletcher actually won the 2007 Belmont with Kentucky Oaks heroine Rags to Riches.

Few bettors expected Rich Strike to win the Kentucky Derby (G1), but the unheralded longshot gamely rallied through traffic and finished fast down the homestretch to spring an 80-1 upset. The question is, can Rich Strike repeat the feat? A pace meltdown contributed to his victory under the Twin Spires, but the Derby also marked Rich Strike's first run on dirt since December, so it's possible he quietly improved while competing on synthetic during the winter and early spring. The expected slow pace of the Belmont could make things tricky for Rich Strike, but a top-three finish is definitely a possibility.

Never out of the trifecta in four starts, Creative Minister has made rapid progress since his March 5 debut. Maiden and allowance victories on the Kentucky circuit preceded an admirable effort against much tougher competition in the Preakness S. (G1) at Pimlico, where Creative Minister rallied to finish third. His stretch-running style isn't necessarily suited to a slow-paced edition of the Belmont, but Creative Minister has improved with each start so far and can't be dismissed from superfecta consideration.

One of the key win threats in the Belmont is Mo Donegal, who finished fifth in the Kentucky Derby (G1) after breaking slowly and rallying extremely wide down the homestretch. Mo Donegal had previously recorded narrow victories in the Remsen S. (G2) and Wood Memorial (G2) on the New York circuit, counting future Blue Grass S. (G1) winner Zandon and Preakness S. (G1) winner Early Voting among his beaten rivals. Mo Donegal is facing a much smaller field in the Belmont than the Kentucky Derby, which should help him work out a clean trip and potentially give Todd Pletcher a fourth Belmont victory.

Golden Glider has knocked heads with some pretty tough rivals in recent starts. After finishing fourth in the Blue Grass S. (G1) behind graded stakes winners Zandon, Smile Happy, and Emmanuel, Golden Glider improved to nab second place behind We the People in the Peter Pan S. (G3). Golden Glider was beaten 10 3/4 lengths in the Peter Pan, but the race didn't really favor his midpack closing tactics. Stretching out over 1 1/2 miles for the Belmont could be a different ballgame, and it's worth noting trainer Mark Casse upset the 2019 Belmont with longshot Peter Pan runner-up Sir Winston.

Although Barber Road has yet to win a stakes, the consistent son of Race Day has cracked the trifecta in five of his six stakes starts, including a runner-up finish in the Arkansas Derby (G1). His lone miss from those six stakes came when rallying from dead last to finish a respectable sixth in the Kentucky Derby (G1), beaten 4 3/4 lengths. The blazing early Derby pace surely helped Barber Road's chances, but he has the breeding to handle 1 1/2 miles and is dropping blinkers for the Belmont, a race jockey Joel Rosario has won twice before. A top-four finish isn't out of reach, though Barber Road will need a step forward from a Brisnet Speed rating perspective. 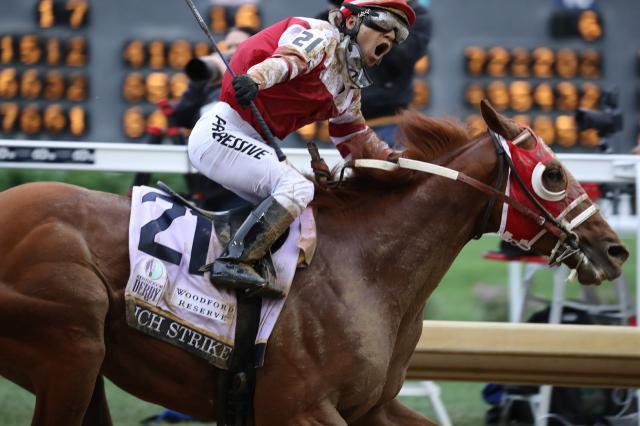