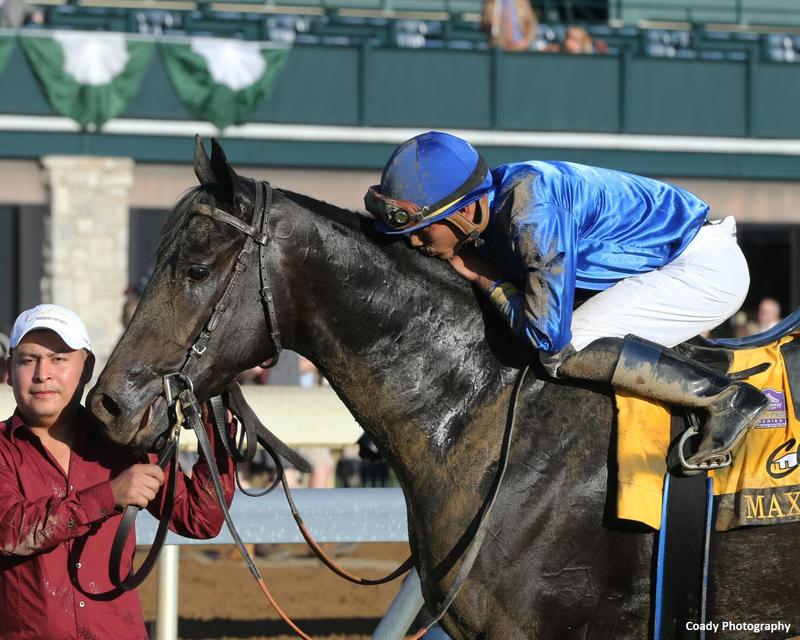 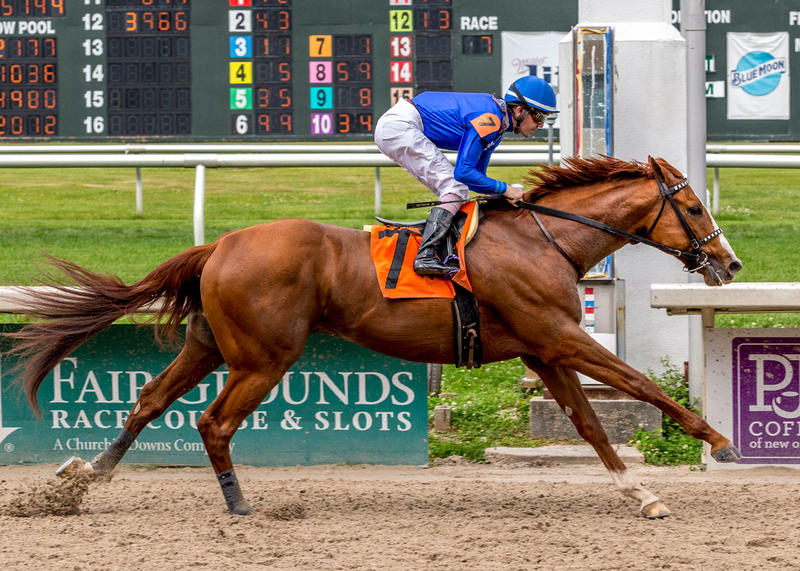 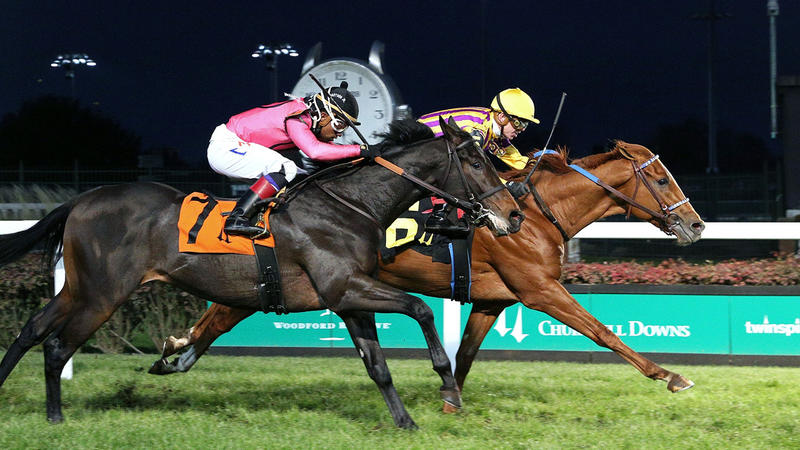 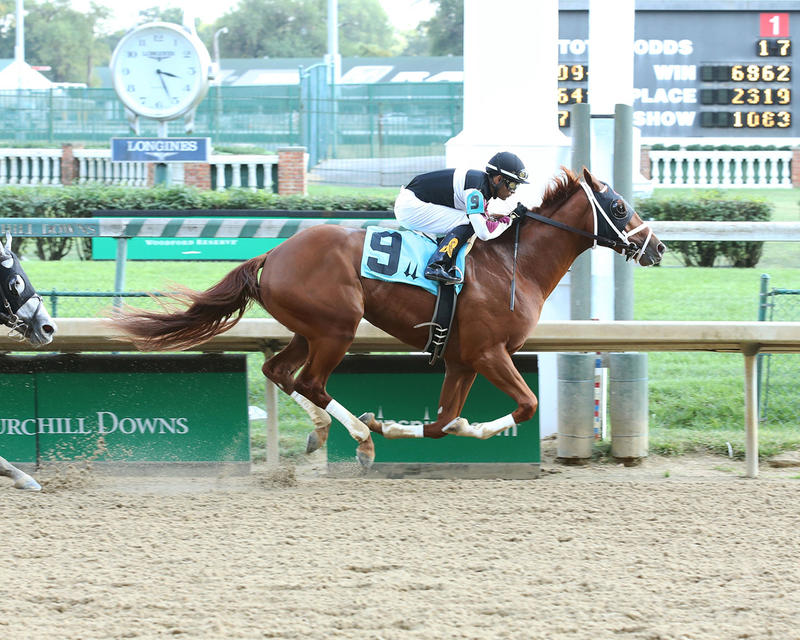 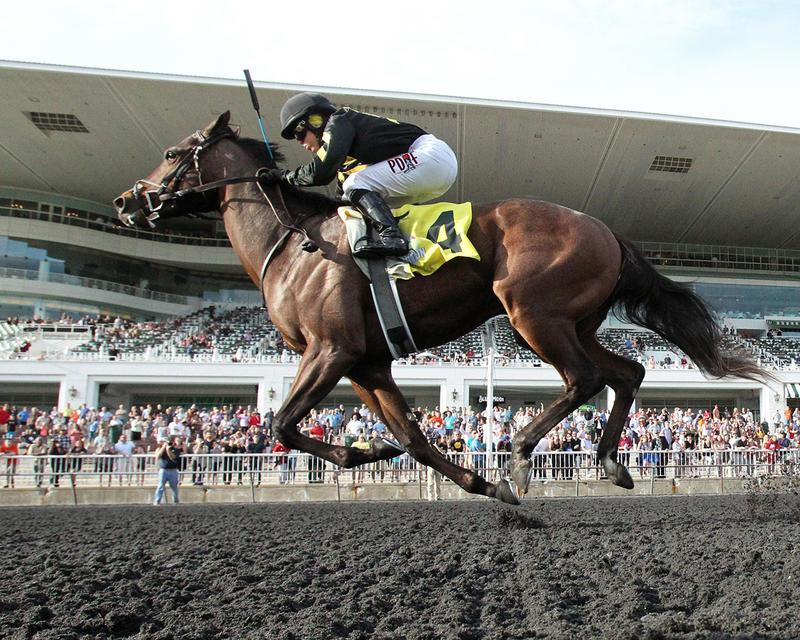 A son of Horse of the Year Ghostzapper out of the five-time Grade 1-winning mare Music Note, Mystic Guide has always had the pedigree to be a top-class horse. Though a troubled trip limited him to a close third-place finish in his debut sprinting at Fair Grounds, Mystic Guide thrived when stretching out over 1 1/16 miles on Mar. 21. Favored at 11-10, the talented chestnut settled off the lead, then pounced decisively to the front and powered clear through strong finishing fractions to win by five lengths. The future looks bright for this Godolphin homebred.

Winchell Thoroughbreds and Steve Asmussen have campaigned plenty of major winners through the years, and Pneumatic might be poised to become their latest star. A son of popular young stallion Uncle Mo, Pneumatic defeated the next-out winners Skol Factor and Liam’s Pride in his debut sprinting 6 furlongs at Oaklawn, then stretched out to a mile and cruised to a comfortable 2 1/2-length score over stakes winner Captain Bombastic in a one-mile allowance race. Sharp workouts in the interim suggest Pneumatic can deliver another competitive effort in the Matt Winn.

With a career-best 97 Brisnet Speed rating to his credit, Informative is technically among the fastest runners in the Matt Winn field. But although this son of Bodemeister boasts a stout pedigree, his best effort came when rallying boldly to finish second by a nose in the 6-furlong James F. Lewis III S. at Laurel Park. When running long against tougher company, Informative has struggled, most recently finishing seventh in the Gotham (G3) at Aqueduct. This Triple Crown nominee may need to find extra reserves of stamina to challenge on Saturday.

Speed can be a major asset in dirt racing, and Celtic Striker certainly isn’t short on pace. Both of his victories have come in gate-to-wire fashion, most notably when the speedy son of Congrats claimed an allowance race at Parx Racing by 1 1/2 lengths. But Celtic Striker’s previous forays on the Road to the Kentucky Derby have produced disappointing results; he was beaten 15 lengths when fourth in the Jerome S. and 42 lengths when fading to finish last in the Gotham (G3), suggesting Celtic Striker will need to find another gear against this caliber of competition.

As one of just two stakes winners entered in the Matt Winn field, Flap Jack is among the most accomplished runners in the race. But although Flap Jack is a son of Preakness winner Oxbow, his forte so far has been racing on turf and synthetic tracks. He cruised by four lengths in the Arlington-Washington Futurity on Polytrack and finished second in a maiden race on grass, but his three starts on dirt have all ended with off-the-board finishes. Flap Jack did fare reasonably well in the Gotham (G3) at Aqueduct, coming home sixth after making a big mid-race move in his first start of the season, but he’ll need to sustain his run in a much stronger manner to factor on Saturday.

Under the care of hot trainer Saffie Joseph, Ny Traffic was among the best sophomores to campaign at Fair Grounds this winter, finishing third in a division of the Risen Star (G2) and second in the Louisiana Derby (G2) while never beaten more than a 1 1/2 lengths. A front-runner with plenty of tactical speed, Ny Traffic has been firing off fast workouts at Gulfstream Park and figures to arrive at Churchill Downs in fine fettle for a fight.

Necker Island might not be the most accomplished horse in the Matt Winn field, but he’s certainly shown the clearest affinity for Churchill Downs. Sold for $250,000 as a yearling, Necker Island is 2-for-2 over the local oval, most notably defeating the future graded stakes-placed runner Silver State in a 1-mile allowance race on Nov. 30. Necker Island hasn’t been disgraced in three subsequent efforts against stakes company, though a fourth-place effort in the 1 1/16-mile Unbridled S. at Gulfstream last month suggests he’ll need to take step forward to contend in the Matt Winn.

A late runner without much in the way of tactical speed, Crypto Cash ran an even race when rallying mildly to finish sixth in the first division of the Arkansas Derby (G1), beaten 10 3/4 lengths by the undefeated Charlatan. At first glance it looks like an uninspiring effort, but Crypto Cash was actually beaten less than five lengths for the runner-up spot and has come back with a sharp workout at Keeneland. Crypto Cash hasn’t run a bad race on dirt and could be an interesting longshot player with Churchill’s reigning champion jockey Corey Lanerie in the saddle.

Although Shake Some Action finished six lengths behind Ny Traffic in the Louisiana Derby, the son of Into Mischief didn’t receive the cleanest trip, getting squeezed and checked in traffic during the run to the first turn before rallying wide to finish sixth. Shake Some Action had previously battled to victory in a 1 1/8-mile allowance race at Fair Grounds, so we know distance isn’t an issue, and with a cleaner run on Saturday he could factor at a price for hot trainer Brad Cox.

The second Godolphin runner figures to start as a clear favorite in his first run of the season. A stoutly-bred son of Street Sense out of a Bernardini mare, Maxfield showed a world of potential last fall, winning his debut going a mile at Churchill Downs before rallying to a spectacular victory in Keeneland’s Breeders’ Futurity (G1). The latter effort saw Maxfield sweep past rivals on the far turn and roar clear to win by 5 1/2 lengths over Gouverneur Morris, Enforceable, and Ajaaweed, three runners who returned to win or place in Road to the Kentucky Derby prep races. Maxfield hasn’t run since due to injury, and the layoff is an obvious question mark, but he’s been training sharply at Keeneland and might be capable of winning on raw talent.

Although Attachment Rate has yet to win a stakes race, the $200,000 yearling purchase has run well in a couple of significant events for successful Churchill Downs trainer Dale Romans, finishing third in the Gotham (G3) and second in the Unbridled S. You can argue 1 1/16 miles might be pushing the limits of Attachment Rate’s stamina—he did flatten out in the final furlong of the Unbridled, which marked his debut around two turns—and drawing post 11 sets up the potential for a wide trip. But on the bright side, Hall of Fame jockey John Velazquez will be in the saddle, and Velazquez is off to a hot start at Churchill Downs with three wins from his first nine rides.

A slow start compromised Major Fed’s chances in the Louisiana Derby (G2), but the son of Ghostzapper never gave up, rallying from a dozen lengths behind to finish fourth. Major Fed had previously battled to a game runner-up effort in the second division of the Risen Star (G2), finishing ahead of Ny Traffic, and a sharper start might be all Major Fed needs to challenge for a spot on the board in the Matt Winn. 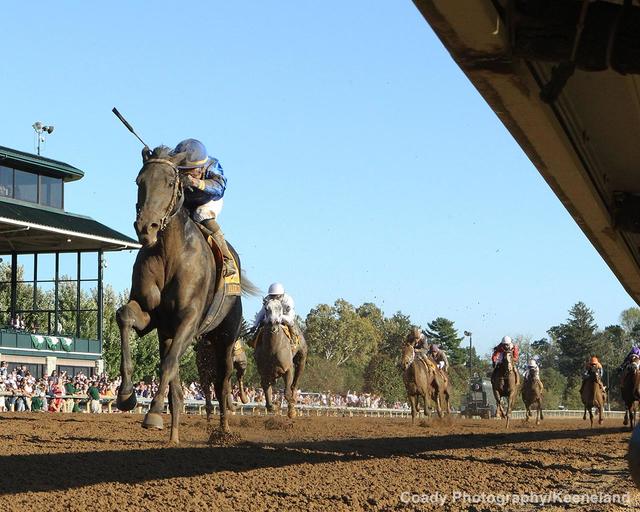