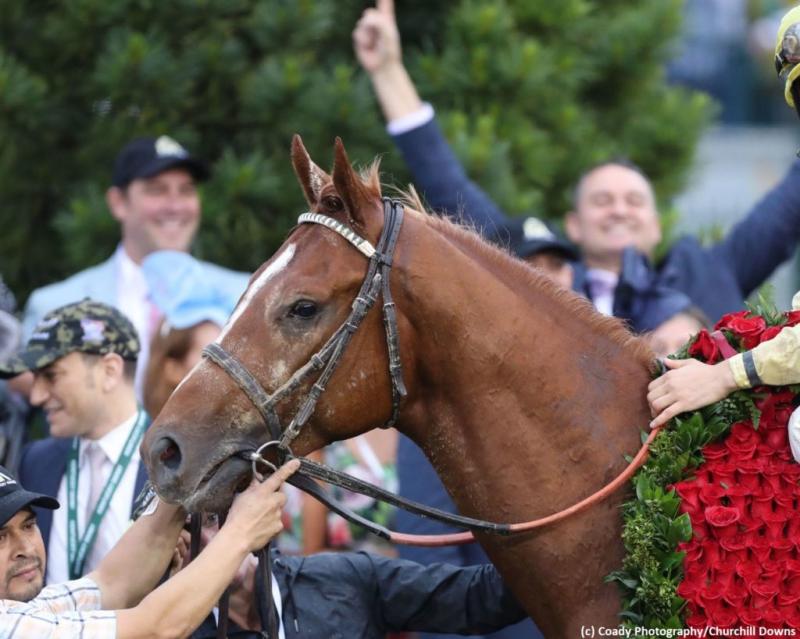 Nearly two months removed from an unforgettable renewal of the Kentucky Derby (G1), here's a brief update on the 21 colts and geldings that ran, or were entered and scratched, from the 2019 Run for the Roses.

Treated at a clinic with a minor illness in the weeks following his Derby victory via disqualification, Country House did not resume training satisfactorily and has been given an extended break by trainer Bill Mott. His connections plan to race him as a 4-year-old.

Bypassing the remainder of the Triple Crown series, Code of Honor is scheduled to make his comeback on Saturday, July 6, in the $250,000 Dwyer (G3) at Belmont Park over one mile.

Winner of the Tampa Bay Derby (G2) and Wood Memorial (G2) earlier in the season, Tacitus finished second to Sir Winston in the Belmont Stakes (G1) in his first post-Derby outing. He is currently pointing toward the Jim Dandy (G2) and Travers (G1) at Saratoga.

The beaten favorite in the Derby, Improbable also started as the 5-2 public choice in the Preakness (G1). However, he finished sixth in the Pimlico classic. He's currently in training back at his Southern California base.

The undefeated juvenile champion of 2018 was narrowly beaten in a Rebel (G2) division and the Santa Anita Derby (G1) before a rough trip at Churchill Downs. He, too, passed on the remainder of the Triple Crown series, with his summertime goal now being the Travers.

The Japanese colt was subsequently fifth in the Belmont Stakes, losing by only three lengths. He returns to the grass this upcoming Saturday in the $1 million Belmont Derby (G1) over 1 1/4 miles.

The only horse to compete in all three legs of the Triple Crown, War of Will won the Preakness by 1 1/4 lengths, but faded to ninth when failing to stay the 12-furlong trip in the Belmont. Trainer Mark Casse is pointing the son of War Front to the Jim Dandy and/or Travers.

The UAE Derby (G2) winner will join Master Fencer in the starting gate for the Belmont Derby. It will mark his first race on the grass since finishing third in his debut at Ellis Park last summer.

Subsequently seventh in the Preakness, Win Win Win will also try the turf at Belmont Park this week, but not in the Derby. Instead, he'll shorten up to one mile in the $100,000 Manila on the Fourth of July.

The Sunland Derby (G3) winner has not recorded a published workout since the Kentucky Derby.

The TwinSpires.com Louisiana Derby (G2) winner is currently on break from training, reportedly due to a minor infirmity, but could return to action later in the summer.

Vekoma is likely to reappear at Saratoga after reportedly grabbing a quarter in early June while preparing for the Dwyer.

The maiden became a media darling after bucking jockey John Velazquez at the start of the Preakness and continuing to race riderless with the rest of the field for a significant part of the race. He has no published works since the incident.

A solid fourth in the Belmont Stakes, Tax has not recorded a published work since the "Test of the Champion," but will presumably reappear during the Saratoga meet.

Winner of a Rebel division in March, Long Range Toddy made his first post-Derby start in the June 22 Ohio Derby (G3) at Thistledown, but finished a well-beaten third to Preakness third-place finisher Owendale.

Disqualified from first in the Kentucky Derby, Maximum Security bypassed the remainder of the Triple Crown series and has been based at Monmouth Park since. He finished a shock second at odds of 1-20 in the $150,000 Pegasus on June 16 at that track, weakening late after stumbling at the start and dueling on the front end. The Florida Derby (G1) winner remains on target for the Haskell.

The Louisiana Derby runner-up finished sixth, beaten three lengths, in the Belmont Stakes for Todd Pletcher, who intends to start the colt in the Belmont Derby. It will mark Spinoff's turf debut.

The UAE Derby runner-up, Gray Magician returned to the worktab at Churchill Downs in late June. Connections are contemplating trying the colt on turf in the near future.

The morning line favorite for the Kentucky Derby following wins in a Rebel division and the Arkansas Derby (G1), Omaha Beach was scratched Wednesday of Derby week due to an entrapped epiglottis. Corrected by surgery, connections are reportedly considering the one-mile, $100,000 Shared Belief at Del Mar on August 25 for his comeback race.

Scratched from the Derby the day before due to a foot abscess, Haikal has not yet turned in a published work since for trainer Kiaran McLaughlin. 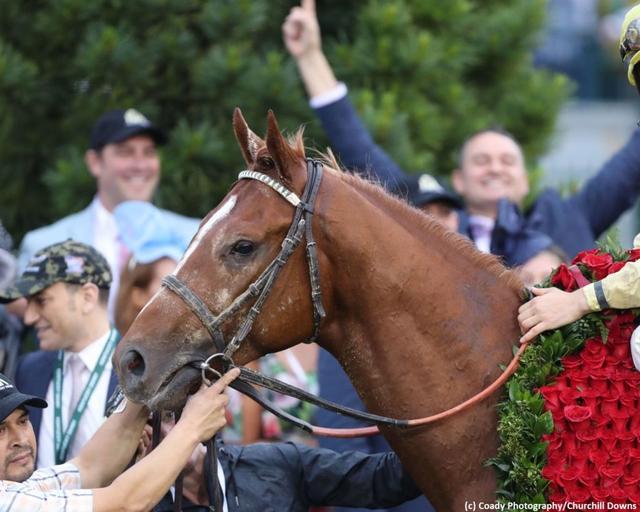