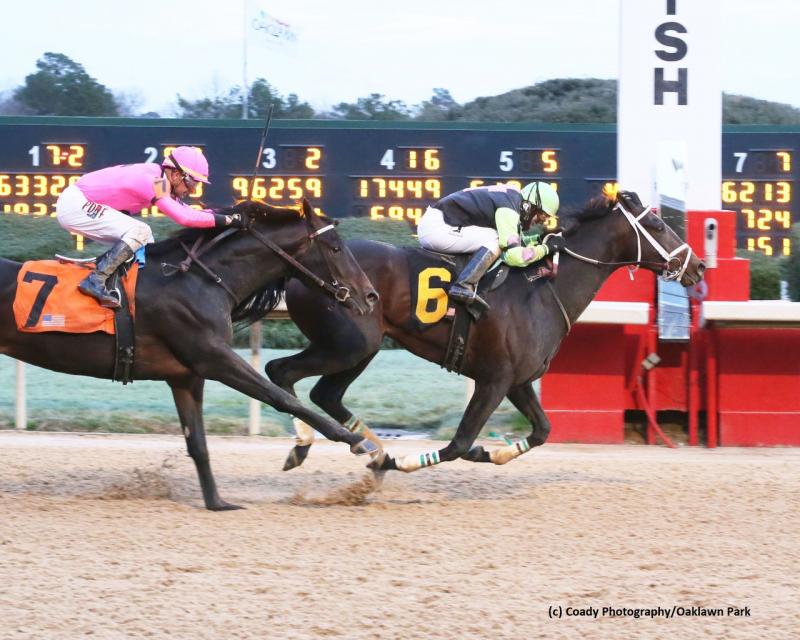 HOT SPRINGS, Ark. -- Super Steed had the look of a very promising colt when breaking his maiden in a first-level allowance by six lengths at Churchill Downs in November, but two sub-par efforts in the interim left him cold on the tote board in Monday's $500,000 Southwest (G3) at Oaklawn Park.

Sent off at 62-1 under Terry Thompson, the son of 2010 Kentucky Derby (G1) winner Super Saver made a bold, five-wide bid to the lead around the far turn, opened up the down the stretch, and then held off a late charge from California invader Sueno to take the 1 1/16-mile Road to the Kentucky Derby series prep by three parts of a length.

Conducted on an overcast and quite chilly afternoon but over a fast track before an estimated crowd of 19,500, the Southwest final time was 1:44.05. Owned by Michael Pressley and Steed Jackson, the Larry Jones-trained Super Steed paid $126.60.

Jersey Agenda and Smarty Jones winner Gray Attempt were involved in an incident entering the clubhouse turn. Gray Attempt, on the inside, did not corner well, bumping Jersey Agenda and forcing him a bit wide. The two continued to pressure each other down the backside and were spent forces by the quarter pole.

That was all to the benefit of Super Steed, who ran a narrowly-beaten second to Boldor in his maiden debut at Keeneland before retuning the favor by a wide margin in the aforementioned allowance at Churchill.

Jones said Super Steed felt "puny" when the colt finished a distant fourth in the $75,000 Sugar Bowl at Fair Grounds in late December, and that a "merry-go-round" bias favoring speed worked against Super Steed when he finished a nondescript seventh in the $150,000 Smarty Jones at Oaklawn last month.

"We liked the way he'd been training," Jones said. "I get to gallop him every morning and he's never done better."

Now an earner of $364,500, Super Steed was bred in Kentucky by Pressley. He's out of Totally Tucker, an Elusive Quality half-sister to 2014 Arkansas Derby (G1) winner and Kentucky Derby third Danza and Grade 1 winner Majestic Harbor. 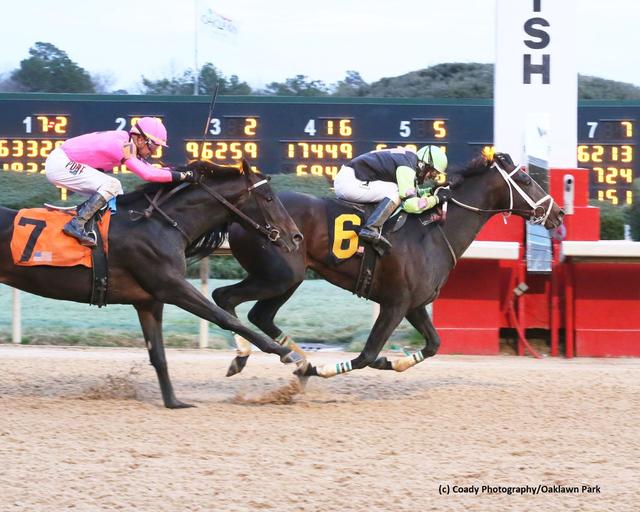