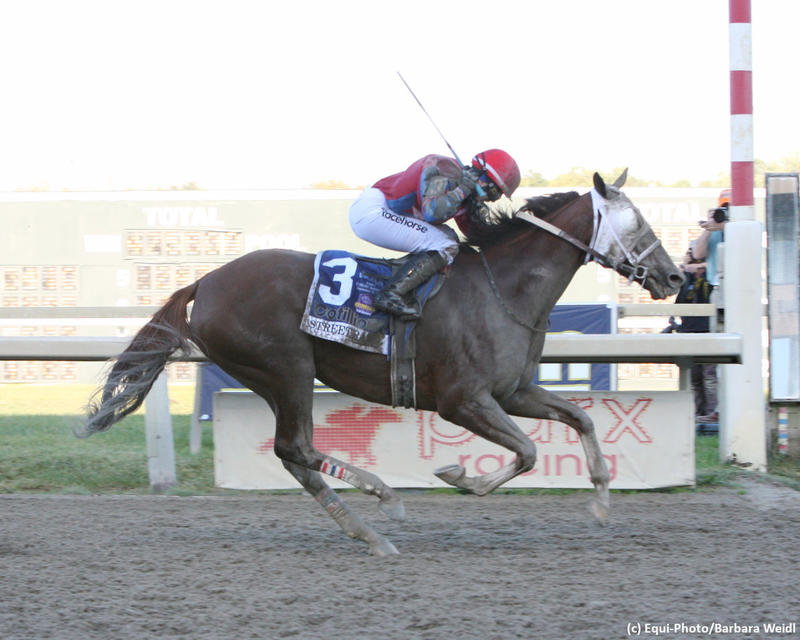 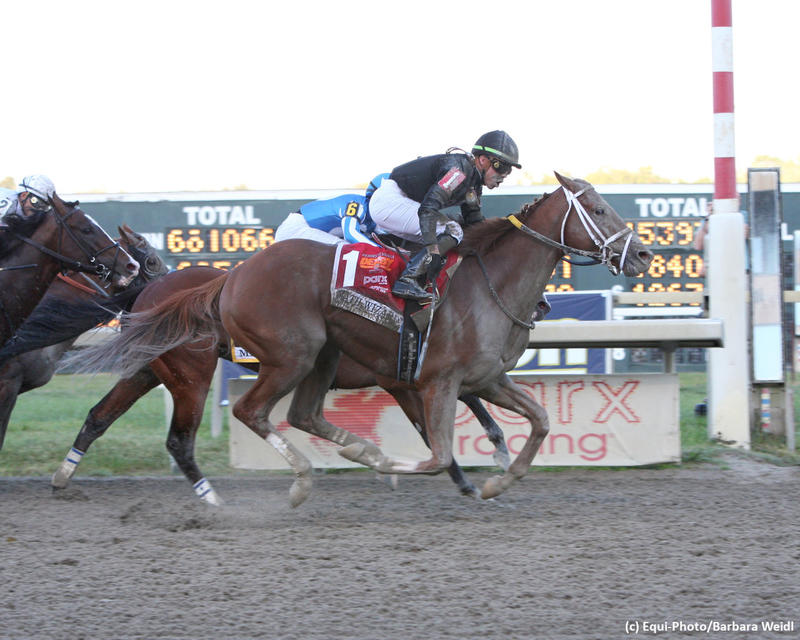 It was a day for upsets at Parx Racing in Pennsylvania, where the $1 million Cotillion Stakes (G1) and the $1 million Pennsylvania Derby (G1) pitted some of the top three-year-old Thoroughbreds in North America against each other just six weeks before the Breeders’ Cup World Championships at Santa Anita.

In the Cotillion, a “Win & You’re In” qualifier for the November 2 Breeders’ Cup Distaff (G1), 7-1 shot Street Band stole the show in eye-catching fashion. The daughter of Istan finished seventh in the Kentucky Oaks (G1) at Churchill Downs earlier this spring, but she has matured throughout the summer and elevated her game to a new level at Parx.

Rounding the far turn, the undefeated two-time Grade 1 winner Guarana loomed up outside of the pacesetters to challenge for the lead, but from the back of the pack, Street Band was coming on strongest of all. Rallying with authority on the far outside, Street Band swept to the front at the top of the stretch and pulled clear to score by 2 1/4 lengths in 1:44.20 seconds for 1 1/16 miles.

“I was very glad to hear (announcer Keith Jones) say very fast quarter because we were way back,” said trainer Larry Jones, who conditions the filly for a partnership that includes himself, his wife Cindy, Ray Francis, and MyRaceHorse Stable. “We knew there was a lot of speed in here and I was waiting to see those fractions... so I said, ‘OK, we’re still alive.’ When she was moving that strong... and when she was going by horses that fast I thought that when we were heading for home, we were going to be close.”

For Doyle, the Cotillion marked the first Grade 1 victory of her riding career.

"When she broke away from the gate I said, ‘you know what, there’s so much speed in here, I’m not going to rush her off her feet.’ I let her carry me into the race,” explained Doyle. “She was traveling comfortably, within herself. I let her creep into the race in her own time... When we were coming around the home turn I was like, ‘come on girl, let’s get into it.’ She really exploded for me. She gave me everything she’s got... She never gave up. She’s so tough. What an amazing filly. She’s come out here today and really proved how good she is.”

Jones indicated Street Band would be considered for a start in the Breeders’ Cup Distaff.

About half an hour after the Cotillion, 31-1 longshot Math Wizard employed similar late-running tactics to spring a monumental upset in the Pennsylvania Derby. Unlike Street Band, Math Wizard didn’t benefit from a fast pace – after favorite Improbable acted up in the starting gate and broke poorly, Mr. Money assumed early command while being pressed by Preakness Stakes (G1) winner War of Will through slow fractions of:24.50, :49.60, and 1:13.44.

But despite the pedestrian place, Math Wizard produced a powerful finish in the homestretch. Rallying widest of all under urging from jockey Irad Ortiz, Jr., the son of Algorithms surged past Mr. Money late in the race to prevail by a neck. Further back, War of Will edged Improbable and pace-pressing Spun to Run in a three-way photo finish for third place.

Math Wizard is trained by Saffie Joseph Jr. and races for a large partnership comprised of Joseph, John Fanelli, Collarmele Vitelli Stables, Bassett Stables, Ioannis Zoumas, and Wynwood Thoroughbreds. The Kentucky-bred colt stopped the clock for 1 1/8 miles in 1:50.94 while securing the first graded stakes victory of his career. Previously, Math Wizard had been defeated by Mr. Money in both the Indiana Derby (G3) and the West Virginia Derby (G3).

“It was great. I got a perfect trip to be honest,” said Ortiz. “He broke, put me in a good position… He was coming little by little but when he turned for home and he switched leads then he took off. He ran hard. When I turned for home and I opened the reins and he started taking off I said, ‘I’m going to get there.’”

Future plans for Math Wizard have yet to be determined, though judging from his performance against Grade 1 company at Parx, a start in the Breeders’ Cup Dirt Mile (G1) or the Breeders’ Cup Classic (G1) could certainly be on the horizon. 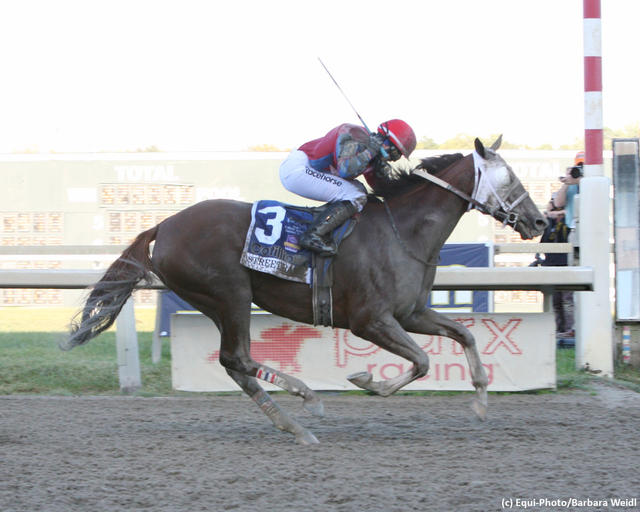