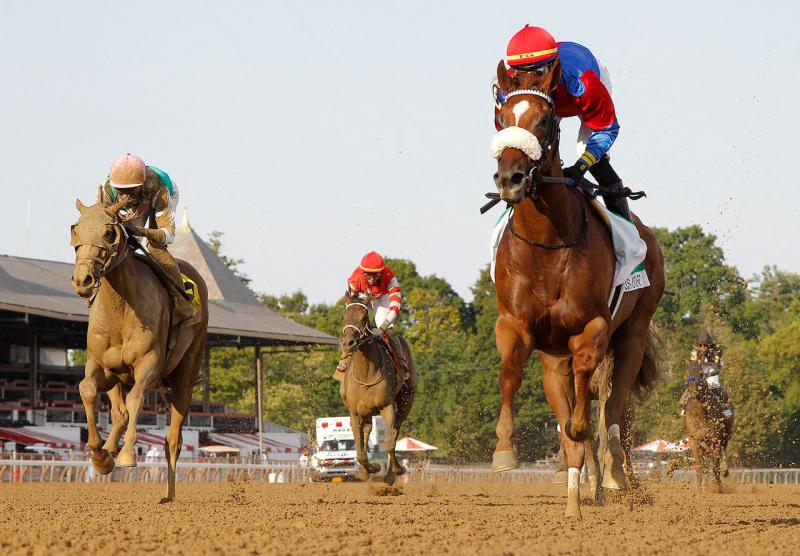 Swiss Skydiver made it look easy in the Alabama, the final Kentucky Oaks scoring race (Horsephotos.com)

One week after Tiz the Law trounced the Travers (G1), Swiss Skydiver responded with a tour de force of her own in Saratoga’s companion prize for fillies, the $500,000 Alabama Stakes (G1). The runaway leader in Kentucky Oaks (G1) points fittingly ran away with the final scoring race, coasting home to add 100 points to her tally that now stands at 450 points. The Alabama also serves as a "Win and You're In" for the Nov. 7 Breeders' Cup Distaff (G1) at Keeneland.

Swiss Skydiver was reverting to female company after beating all but Art Collector in the Blue Grass (G2). That earned her 40 points toward the Kentucky Derby (G1), more than enough to secure a spot in the Run for the Roses.
Although the Derby option has not been ruled out, owner Peter J. Callahan and trainer Ken McPeek remain far more inclined to pursue the Oaks on the first Friday in September. There a clash looms with the brilliant Gamine, but Swiss Skydiver can claim victories in four Oaks preps around two turns – the Gulfstream Park Oaks (G2), Fantasy (G3), Santa Anita Oaks (G2), and now the Alabama.
The 1 1/4-mile distance at Saratoga was the only question mark for the otherwise superior favorite. The stamina scruple might have kept her odds above even-money, and Swiss Skydiver made her 1.15-1 price look like a gift.
Under Tyler Gaffalione, the daughter of Daredevil tracked front-running Crystal Ball early. When Swiss Daredevil put her away with ease, then Harvey’s Lil Goil tried to rally into contention. But Swiss Skydiver was far too good. She opened up 6 1/2 lengths by midstretch before gearing down in a final time of 2:03.04. Her winning margin of 3 1/2 lengths doesn’t convey her utter dominance through the race.
Bonny South, the Fair Grounds Oaks (G2) winner, charged belatedly to snatch 40 points for second and increased her points total to 150. Harvey’s Lil Goil was relegated to third, taking 20 points, and the daughter of American Pharoah now has 30.
Envoutante, a stablemate of Swiss Skydiver, checked in another 5 3/4 lengths adrift in fourth. The McPeek filly received 10 points, upping her account to 30 in all. Crystal Ball retreated to a distant fifth, trailed by Spice Is Nice and Fire Coral.
Bred by WinStar Farm and picked up by McPeek for just $35,000 as a Keeneland September yearling, Swiss Skydiver has bankrolled $952,980 from her 9-5-2-1 line. The well-traveled chestnut broke her maiden first time out at Churchill Downs last fall, and she’ll return to the Twin Spires next month as a bona fide star.

But even though her next assignment is expected to be the Oaks, Swiss Skydiver could still get her chance in a Triple Crown race - the Preakness (G1).

"If she could win the Oaks and is still in good order," McPeek said, "I think the Preakness would be a great race to win with the filly." 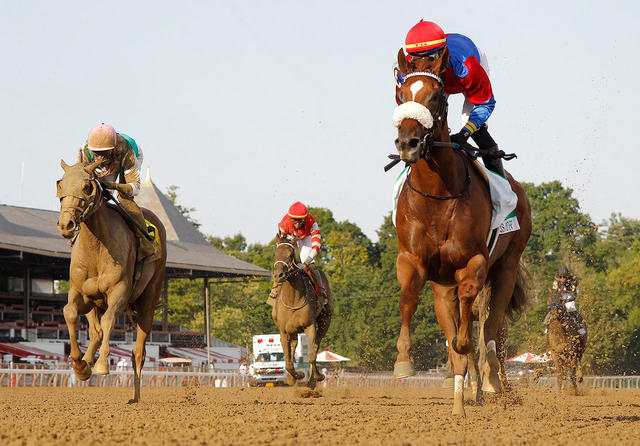