Tales from the Crib: Bolt d'Oro

Bred in Kentucky by WinStar Farm, North America’s leading breeder by earnings for the past two years (if you include their stats from partnerships in 2017), the bay colt sports a classic pedigree. His sire, Medaglia d’Oro, was fourth in the 2002 Derby before almost landing the Belmont (G1). Medaglia d’Oro went on to win the Travers (G1) and developed into a top older horse, but he’s more famous now for a glittering stud career. His star offspring include Hall of Famer Rachel Alexandra and another sure-to-be-inductee in Songbird.

Bolt d’Oro is out of Globe Trot, a daughter of Hall of Famer and influential patriarch A.P. Indy. Globe Trot was bred by one of the sport’s iconic farms, Claiborne. She was sold for $100,000 as a Keeneland September yearling and raced most of her career for Arthur G. (Gordon) Stollery. According to bloodstock authority Frank Mitchell, WinStar purchased her privately after Stollery passed away, and she later retired to the broodmare band as a three-time winner.

Globe Trot proved an immediate success. Her first foal, Sonic Mule, is a multiple stakes winner who also placed in such major events as the 2016 Saratoga Special (G2) and 2017 Swale (G2). Next came the far better Bolt d’Oro, extending her produce record to two-for-two. Sadly, Globe Trot died at the young age of eight. Her third, and last foal, is a two-year-old named Global Campaign (by Curlin). Maybe he’ll receive the “Tales from the Crib” treatment in 2019.

Bolt d’Oro was foaled March 17, 2015, and his beautiful pedigree expressed itself in a handsome physique. But the big boy was no extrovert. 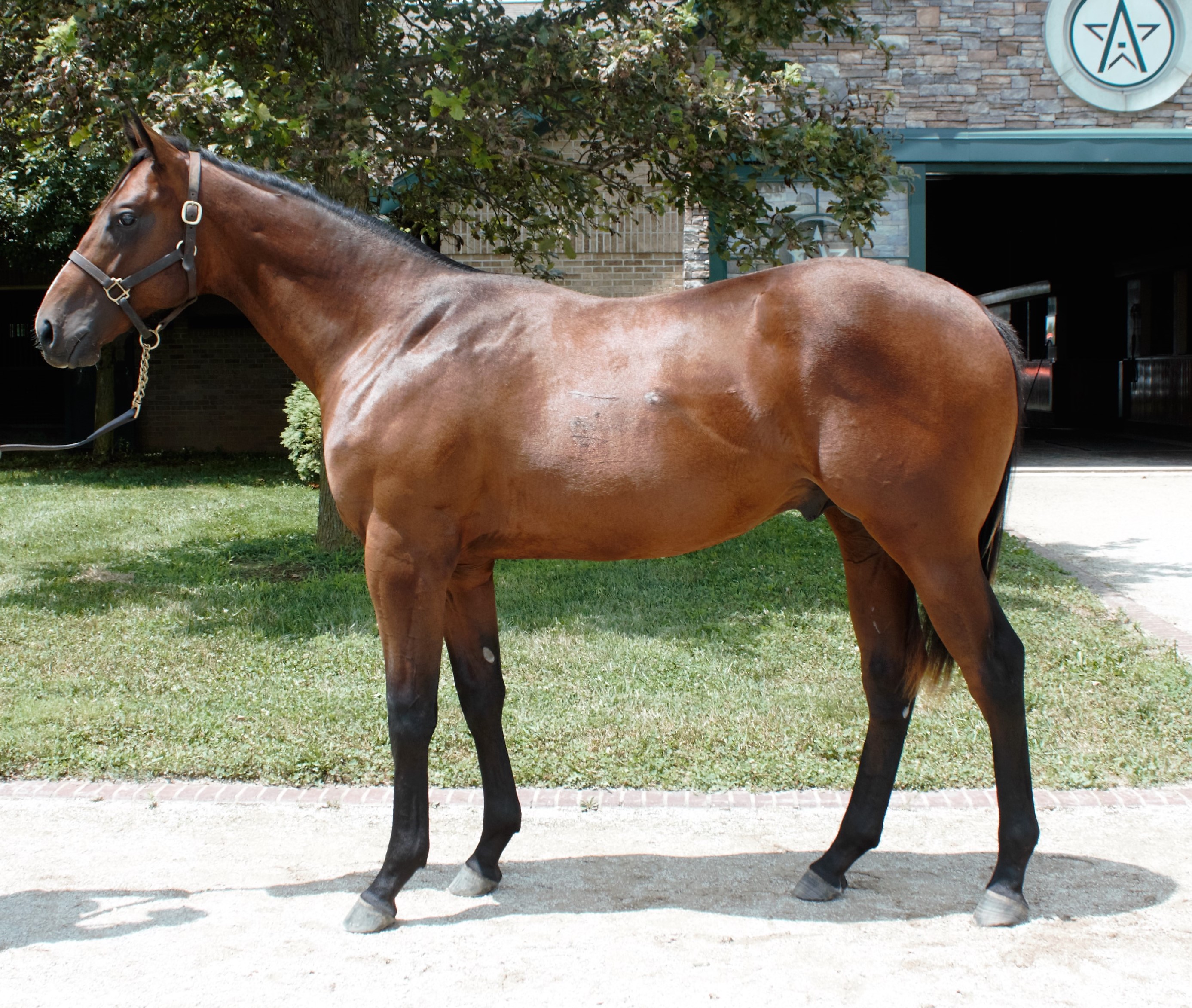 The colt had no need to be gregarious at the 2016 Fasig-Tipton Saratoga Sale, for his presence spoke for itself. Consigned by Denali Stud, acting as agent on behalf of WinStar, he attracted a top bid of $630,000.

“He handled his time at the sale like a professional,” recalled Denali’s Donnie Snellings. “He was very mature and we never had a minute’s trouble with him - he did everything we asked. You could tell he had a lot of class!”

Ike Green, who takes care of the breaking and early training of Ruis’ young prospects at the owner’s ranch in Bigfork, Montana, represented Ruis at Saratoga and chose the colt as his top pick of the whole sale.

“The best horse in the sale, a stand-out,” was how Green recalled selecting the yearling.

That’s high praise considering the Saratoga Sale is a boutique, where all the offerings are top-grade and there are no second-stringers.

Green wasn’t influenced by his pedigree page in the catalog. Formed in the school of horsemanship out West, he was just going by the colt’s appearance and bearing.

“So many of the shoppers do their shopping with the catalog,” Green said. “I don’t use it – except for something to write on!

“I just look at the individual. Pedigree is just a bonus. Most guys want the pedigree.”

To secure the colt for Ruis, Green had to go well over the $450,000 budget they’d initially set for themselves. Forcing the price ever higher was Rick Porter, who’s campaigned such celebrities as Songbird, Havre de Grace, and Hard Spun in the name of his Fox Hill Farms. But Green’s final bid of $630,000 – in an increment of just $5,000 from Porter’s last of $625,000, not the standard increase of $10,000 – prevailed. 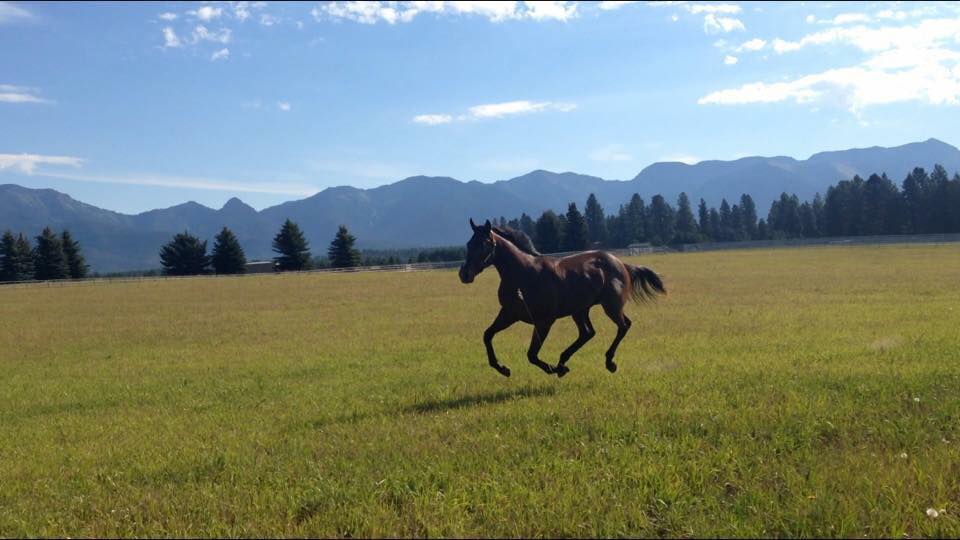 The prized catch was sent straightaway to the Montana ranch, and he continued to tout himself in his new home in Big Sky Country. He was one of about 20 youngsters on the Ruis property, several very nice types among them including future multiple stakes winner One Fast Broad and other talent yet to race. This son of Medaglia d’Oro was in a league of his own.

“He was heads and tails above them,” Green said.

Hence Green’s inspiration behind the name. He could glimpse exceptional athleticism in the yearling galloping around the field. That quality mirrored what he was seeing at literally the same time on the 2016 Summer Olympics broadcast from Rio de Janeiro – in the form of all-time great Jamaican sprinter Usain Bolt.

“Right before I started riding him, I was watching the Olympics. Just watching him in the pasture out the window and watching Usain Bolt on the TV!”

The equine Bolt, with the “d’Oro” added from his sire, was no less impressive once under saddle.

“If you’ve been riding cheap horses all your life, and old claimers you’re trying to patch up, you know the difference between one like him and those,” said Green, who’s had decades of experience at the bread-and-butter level of racing before teaming up with Ruis. 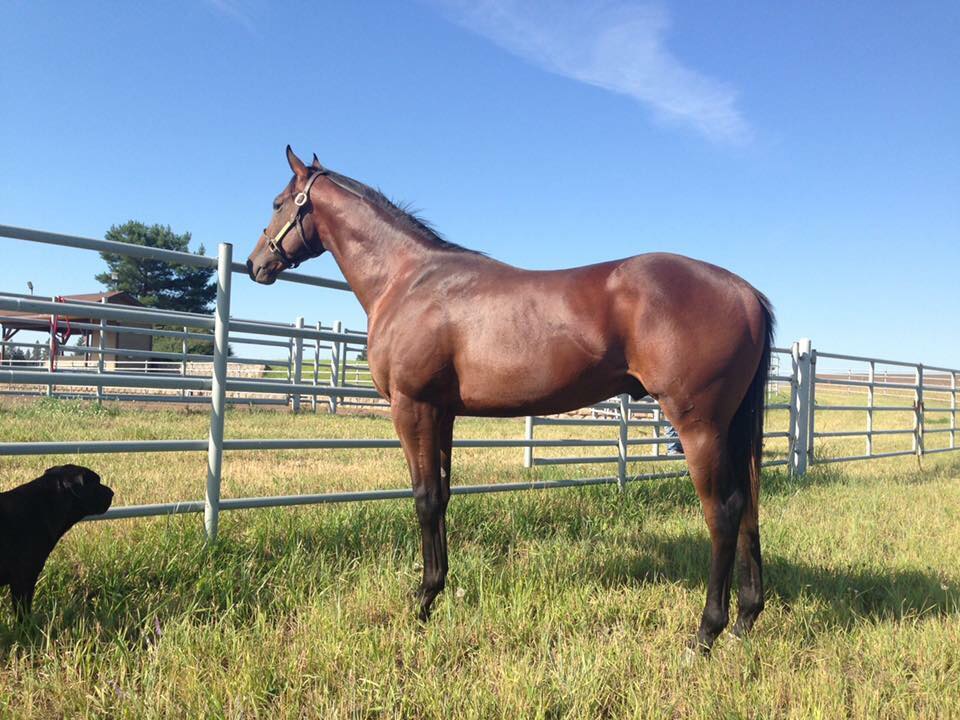 Bolt d’Oro, a “really laid-back” individual, maintained his calm demeanor despite interruptions from the local wildlife as he went through his paces on the ranch. While other horses would get spooked by deer suddenly jumping out from the trees, it didn’t faze him one jot.

“It just didn’t bother him,” Green observed. “Nothing seemed to bother him up here.”

“Ike has been getting on horses for 30 years, and he said he’s never been on one like this,” Ruis told Del Mar publicity. “He moves so well you don’t realize how fast he’s going. He’s very mature for a two-year-old and nothing seems to bother him.”

Bolt d’Oro joined Ruis at Santa Anita last spring, recording his first published work on May 11. After he became a budding star in the Del Mar Futurity (G1) and FrontRunner (G1), an extremely wide trip cost him when third in the Breeders’ Cup Juvenile (G1). But now he’s back on the trail and gearing up for his comeback in the March 10 San Felipe (G2).

If Bolt d’Oro can strike Kentucky Derby gold, it would be no bolt from the blue. 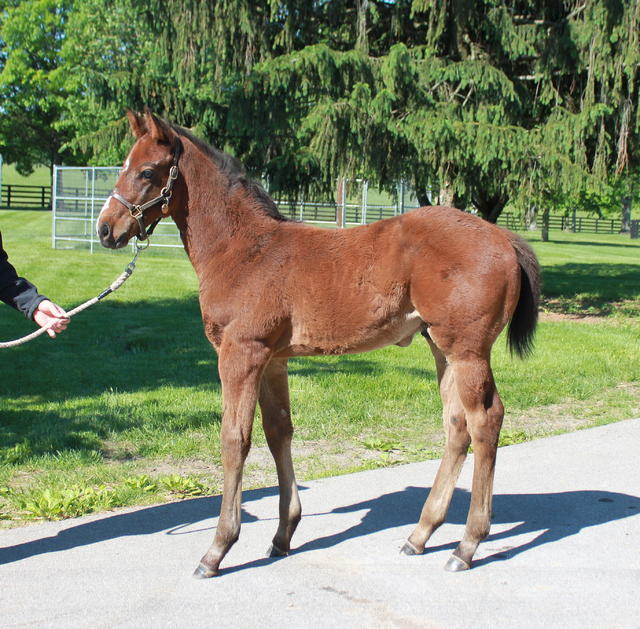