Tales from the Crib: Classic Empire 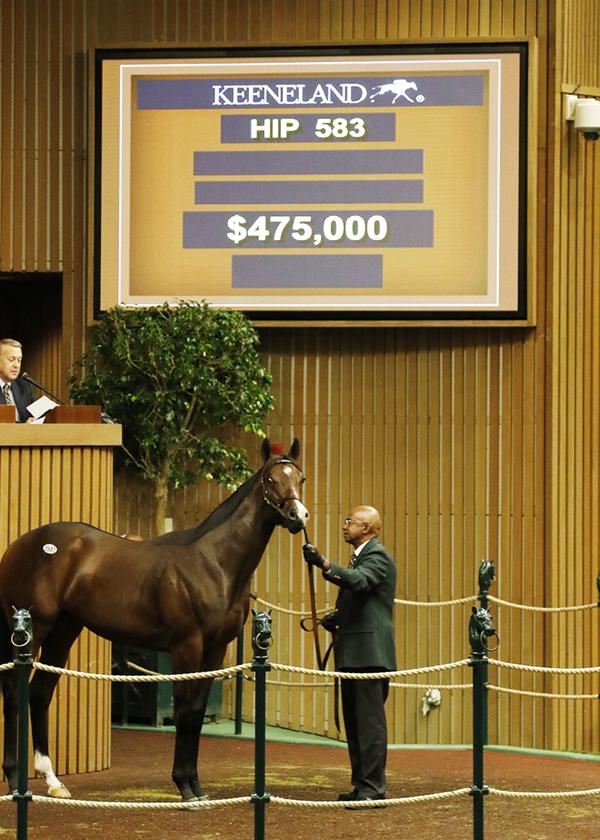 Classic Empire, last year’s unanimous champion two-year-old colt, has had a bumpy ride on the  Kentucky Derby (G1) trail so far this year.

Diagnosed with a foot abscess after his subpar third in the February 4 Holy Bull (G2), he was all set to resume breezing March 3. But Classic Empire called off his intended workout by refusing to go – and showed some discomfort in his back, according to  Daily Racing Form. A March 5 follow-up in the  Blood-Horse reported that his back was much improved after a visit from an equine therapist.

While these hiccups make his Derby status uncertain at the moment, Classic Empire still has time to get back on track, if he can avoid any further setbacks.

Although the situation isn’t at all analogous, the talented colt did shrug off an injury scare earlier in life. It happened right before he was due to sell during the elite Book 1 of the Keeneland September Yearling Sale.

Steven Nicholson, who bred Classic Empire with his wife, Brandi, in the name of their Silver Fern Farm, recalls the mishap.

“He banged the inside of his hock two days before the sale, and there was some swelling,” Nicholson said. “It was nothing major, nothing on X-rays, just minor – a bump and swelling.”

But because “any little blemish in Book 1” can put the highly discriminating buyers off, the Nicholsons considered withdrawing him and waiting for a two-year-olds in training sale the following spring.

Consultations ensued with their consignor, Kitty Taylor and Hunter Simms of Warrendale Sales, through whose agency they were offering the yet-unnamed colt at Keeneland.

“He had a little filling in one hock, don’t even remember which one it was,” Taylor said. “It could have been strained in the paddock because his X-rays were fine.

“But Hunter Simms and I made a push to bring him in” and let the buyers look at him.

Nicholson was totally on board with giving the son of Pioneerof the Nile a chance to show himself.

“We’d already shipped a group there. We thought we would take him and see how people received him.”

If there wasn’t enough interest, “we’d take him home and bring him to a two-year-old sale.”

As it turned out, Classic Empire did everything right when being inspected by prospective buyers on the Keeneland sales grounds.

“Great eye, smart eye, never stopped showing himself,” was how Taylor summed up her pupil. As a “very well-bodied, medium-sized horse, he kind of stood out for folks.”

And the interested observers realized that his hock was a non-issue. Indeed, no further attention was even required for it.

“We never treated him,” Taylor said.

Classic Empire’s attractive qualities had been there from the beginning.

“Just your average foal growing up,” Nicholson said. “Easy to get along with, pretty intelligent, but still had a little bit of toughness about him. No quirks. Pretty smart, fairly level head, a little on the tough side.”

His dam, Sambuca Classica, was unable to win from eight racetrack appearances. Her lovely bloodlines compensated for that, however, and made her a good broodmare prospect. The Nicholsons bought her privately in the midst of her career as a juvenile, and tried unsuccessfully to get her on the scoreboard, before retiring her.

Sambuca Classica has been a much better broodmare than racehorse. She produced two stakes winners for the Nicholsons – Anytime Magic (by 2000 Kentucky Derby winner Fusaichi Pegasus) and Uptown Twirl (by Twirling Candy) – before Classic Empire came along.

Why the choice of Pioneerof the Nile as her next mate?

“Sambuca Classica is not a large mare,” Nicholson explained. “We’re always trying to put size into her, and Pioneerof the Nile has size and scope. Love the Lord at War underneath, a great broodmare sire.”

Lord at War, a champion miler in Argentina before his importation to the United States, had high speed but won over as far as 1 1/4 miles in the 1985 Santa Anita H. (G1). He’s left a lasting legacy through his daughters, including the dams of 2002 Kentucky Derby star War Emblem and Pioneerof the Nile.

No one could have known it at the time, but the mating of Sambuca Classica with Pioneerof the Nile was replicating the same cross that resulted in 2015 Triple Crown winner American Pharoah. He too is by Pioneerof the Nile and out of a Storm Cat-line mare.

“American Pharoah hadn’t popped up yet,” Nicholson said. “When he did, I thought, could it really happen twice?!”

It’s a fascinating counterfactual to wonder what might have happened if the Nicholsons and Warrendale had withdrawn him from the Keeneland Sale. What if they had kept him until a two-year-old sale? Would he have ended up with different connections?

Classic Empire was soon on his way to trainer Mark Casse’s training center in Ocala, Florida. There, with Casse team member Mitch Downs, he began his early education in how to be a racehorse.

“He came to the training center, Casse Training Center in Ocala, where we break all our horses,” Casse said.

“He was a pretty good student from the beginning. We started getting him broken in October, and he was always a good student.”

In the course of his lessons, Classic Empire “kept wanting more and more,” and he was ready to post his first official breeze as early as March 4, 2016, covering a half-mile in :49.20.

But Casse points out that it’s more important to consider the individual than preconceptions derived from the pedigree.

“He’s an athlete,” Casse said. “My experience, for the most part is, that no matter what the pedigree is, the athletes have athletic ability. They can do things.”

Classic Empire is a case in point

“It didn’t surprise me,” Casse said of his champion’s precocity. “I look at the pedigree, but look at the individual. If you look at him, you can see why he can do anything.

“A very respected man in the world of racing told me, ‘he moves like a panther.’ That’s what he does.”

But it’s Classic Empire’s mind that Casse finds most compelling.

Casse was alluding to Classic Empire’s wheeling out of the gate in the Hopeful and unseating Irad Ortiz Jr., who had picked up the mount temporarily from then-injured Julien Leparoux.

“In the (Saratoga) paddock, he was walking around nonchalantly, he’d stop and look, like ‘That’s interesting.’ He sees a lot of things, maybe more so than most horses. He’s a little smarter than the average horse.”

While Team Casse is hoping that Classic Empire can return in top shape for the April 8 Blue Grass (G2) – his intended stepping stone to the Kentucky Derby – the trainer knows there’s no margin for error. And unless everything goes smoothly, Casse won’t push him to make the Run for the Roses.

“When your eye’s on the Kentucky Derby, you can’t have a whole lot of bumps on the road. You need a lot of luck.

“If at some point in time, we feel like he’s not progressing, we would never hesitate to go off the Derby path with him. We’ll do right by the horse.”

Postscript: Classic Empire made rapid strides after Casse moved him from his winter base of Palm Meadows to Winding Oaks Farm near Ocala. The champion also changed his target to the April 15 Arkansas Derby (G1), in order to benefit from an extra week to prepare. In one of the most remarkable turnarounds in Derby trail history, Classic Empire won going away at Oaklawn Park to reassert himself as a leading player -- perhaps the favorite -- for Derby 143.

Photos courtesy of Photos by Z/Keeneland 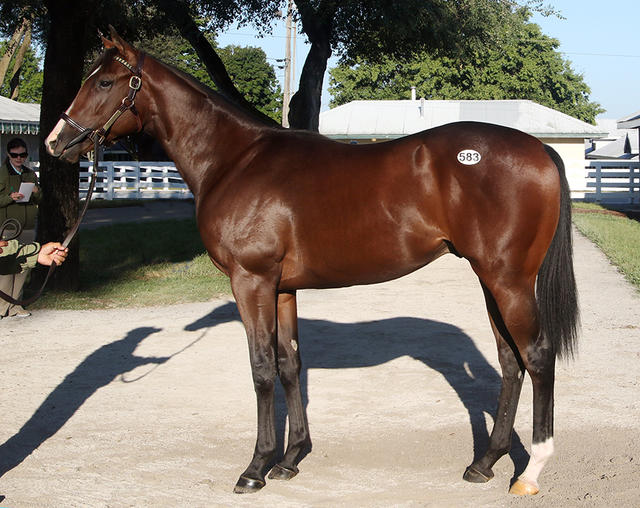