Tales from the Crib: Code of Honor 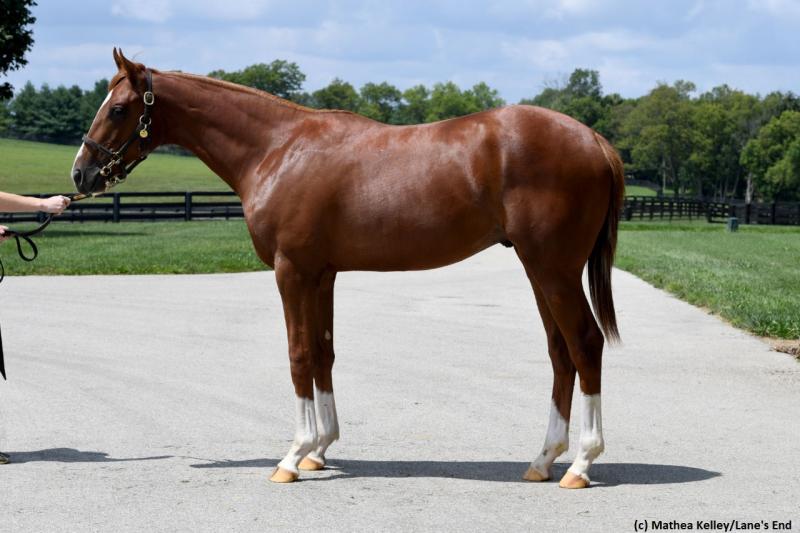 To sum up William S. Farish’s stature in the Thoroughbred racing and breeding industry, the National Museum of Racing will induct him into the Hall of Fame later this summer as a “Pillar of the Turf.”

The proprietor of world-renowned Lane’s End has a resume transcending the racetrack. Farish has hosted Queen Elizabeth II at his Versailles, Kentucky, farm; participated in the Presidential campaign of fellow Texan George H.W. Bush; and served as U.S. Ambassador to the United Kingdom (more formally, to the Court of St James’s) during the first term of President George W. Bush (2001-04).

Farish is equally conversant with equine royalty. He has bred (mostly in partnership) the winners of all three jewels of the Triple Crown, including Hall of Famer A.P. Indy, but he hasn’t celebrated a Kentucky Derby (G1) victory as an owner. Indeed, Farish’s lone American classic win as an owner came back in 1972, when his acquisition Bee Bee Bee upset the Preakness, with heavily favored Derby hero Riva Ridge only fourth.

Farish’s homebred classic winner that he actually campaigned himself was the British-based filly Casual Look, who captured the 2003 Oaks (G1) at Epsom. Another high-profile homebred to follow Farish abroad during his ambassadorship was Mineshaft, but the A.P. Indy colt didn’t excel until returning home – and became the 2003 Horse of the Year for Farish and partners.

Farish also co-bred Charismatic, the 1999 Horse of the Year on the strength of Kentucky Derby and Preakness victories in the colors of Bob and Beverly Lewis. Charismatic was sired by another Farish celebrity bred in partnership, Dogwood Stable’s Summer Squall (A.P. Indy’s half-brother), who was runner-up to Unbridled in the 1990 Derby before turning the tables in the Preakness. Aside from A.P. Indy (1992), Farish bred fellow Belmont (G1) winners Bet Twice (1987) and Lemon Drop Kid (1999) in partnership, while Palace Malice (2013) was a unilateral production.

In 2014, Farish’s Lane’s End Racing had a top classic prospect in its own right in Honor Code. Co-owned by breeder Dell Ridge Farm, the Shug McGaughey trainee turned heads with a sensational Saratoga debut, and he went on to place in the Champagne (G1) and win the Remsen (G2). Unfortunately, Honor Code was knocked off the Derby trail by injury. At four, he fulfilled his potential as champion older male, and then retired to join sire A.P. Indy at Lane’s End.

Thus racegoers at Saratoga last summer might have felt a sense of déjà vu when another McGaughey juvenile, with the similar name Code of Honor, also won at first asking.

Bred and raced solely by Farish, Code of Honor would be a fitting first Derby winner in his silks. His sire, British import Noble Mission, calls to mind Farish’s time as ambassador, and his dam brings us back to the roots of Lane’s End.

Noble Mission is a full brother to phenom Frankel, who retired with a perfect 14-for-14 record along with the title of world champion. Although no sibling could compare to the incomparable, Noble Mission was a high-class operator for the same connections. Trained by Lady Cecil after the passing of her husband, the legendary horseman Sir Henry, the Juddmonte homebred reached his peak as a five-year-old with a trio of Group 1 scores, crowned by the 2014 Champion S. (G1). Frankel had bowed out triumphant in the same race in 2012, and Noble Mission followed suit, showing desperate courage to see off another standout in Al Kazeem.

Since Juddmonte was obviously standing Frankel, it was logical to surmise that Noble Mission might be open to other stud options, and Farish struck the deal in a coup for Lane’s End. In a measure of just how far his influence extends around the world, Farish was the co-breeder of a key ancestor in that pedigree – Danzig, sire of Danehill, whose daughter Kind produced Frankel and Noble Mission.

As a son of supersire Galileo, Noble Mission would fit the burgeoning turf opportunities here. Now he’s exceeded that idea by coming up with a Derby contender in his first crop.

Given Noble Mission’s stamina in European conditions, speedy American mares figured to complement him, and Code of Honor’s dam, Reunited, illustrates the point. Herself bred and campaigned by Farish, Reunited was a dirt sprinter who never won past 6 1/2 furlongs or even raced past seven. She scored her signature win in Keeneland’s Thoroughbred Club of America S. (G3) in 2005.

Reunited is by the late Lane’s End stallion Dixie Union, himself a son of one of the charter members of the Lane’s End club, Dixieland Band. That Northern Dancer stallion was practically part of the family, as a homebred for Mrs. Bayard Sharp, whose daughter Sarah is Farish’s wife.

Dixieland Band entered stud in 1985, just six years after Farish founded Lane’s End. The property includes the grounds of the 19th-century farm Bosque Bonita, home of the influential *Leamington, himself a British import who sired the inaugural Derby winner, Aristides.

Code of Honor hopes to replicate that pattern. Foaled May 23, 2016, the chestnut was entered in the 2017 Keeneland September Yearling Sale. But the late foal didn’t gain much traction in the ring, bidding maxed out at $70,000, and he wasn’t sold.

Sent to Courtlandt Farm in Ocala, Florida, for his early education, it didn’t take long for him to stamp himself as a smart prospect.

“Initial impressions of him were very good,” Retamoza said. “Although not a big horse, he was very well made, flashy and athletic looking.

“We allowed him to settle in for a couple of weeks before initiating the breaking process and we found him to be a high energy sort with a real go forward attitude. Everywhere he went he walked with great energy and enthusiasm. He took the breaking process extremely well and thrived as we progressed into longer gallops and eventual breezing

“I have heard Shug mention a couple of times of how ‘efficient’ this colt is, and that is exactly right, that was very noticeable early on, no wasted motion.

“As he neared his departure date to Shug, we all felt very confident that he would not be a maiden for very long! He was a pleasure to have in the barn and never had a bad day!”

Last May, Code of Honor shipped to McGaughey’s outpost at Fair Hill in Maryland, where he appeared on the worktab in June, and progressed to join the Hall of Famer at Saratoga in July. Retamoza’s judgment was spot-on as Code of Honor broke his maiden in his August 18 debut, going wire to wire.

McGaughey, speaking to Michael Adolphson in a NYRA feature, offered his backstory.

“He had been at Courtlandt Farm when he was younger,” McGaughey said, “and the guy who manages Lane's End said they were sending him to me. I knew they wouldn't send any horse they didn't like.

“Then, after he won, Mark Hennig, who trains for Courtlandt, told me that he had seen him training while he was there and was training really well and was a very nice horse. I was actually surprised at how well he really did train. At that time, nobody knew what was going to happen with Noble Mission or what kind of sire he would be, but he's turned out to be OK."

Code of Honor’s maiden score earned him a crack at the October 6 Champagne at Belmont. But a stumble at the start, that made him pay more attention to keeping his feet and regaining his stride, effectively cost him his chance. In the circumstances, he did very well to rally from last for a clear second.

After a fever forced him to scratch from the Breeders’ Cup Juvenile (G1), the next target was the Remsen. Then lackluster training prompted McGaughey to skip the Aqueduct feature and freshen him up for Gulfstream Park. Yet Code of Honor still didn’t fire his best when only fourth in the January 5 Mucho Macho Man.

That’s when the trainer’s Hall of Fame instincts kicked in. Code of Honor needed a stiffer training regimen. As pedigree expert Andrew Caulfield has noted, perhaps that is the toughness bequeathed by paternal grandsire Galileo. Code of Honor responded promptly to win the Fountain of Youth (G2), and next out in the Florida Derby (G1), he might have done better than third with a reasonable pace scenario.

Code of Honor has trained with even greater enthusiasm since arriving in Kentucky. If the well-regarded colt takes a step forward in Derby 145, it would be a boon to the transatlantic relationships that he – and Farish – personify. 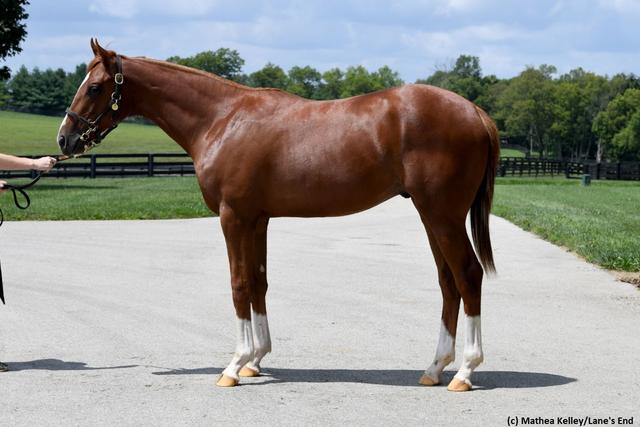