Tales from the Crib: Exaggerator 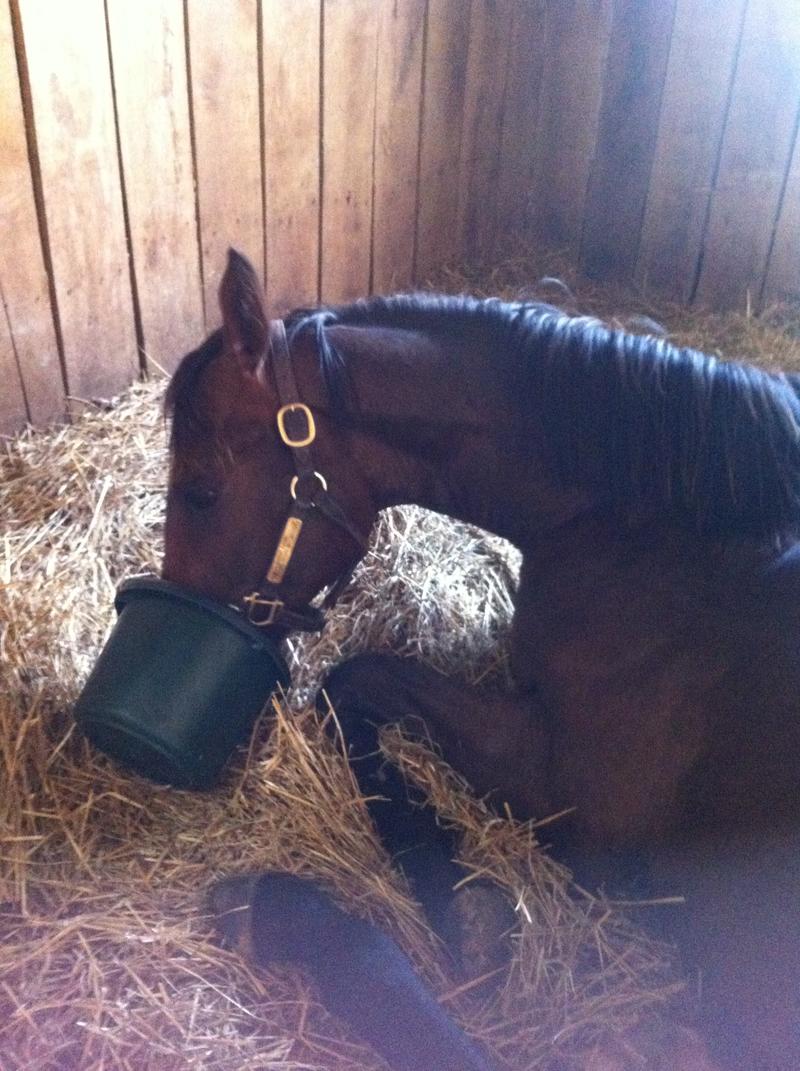 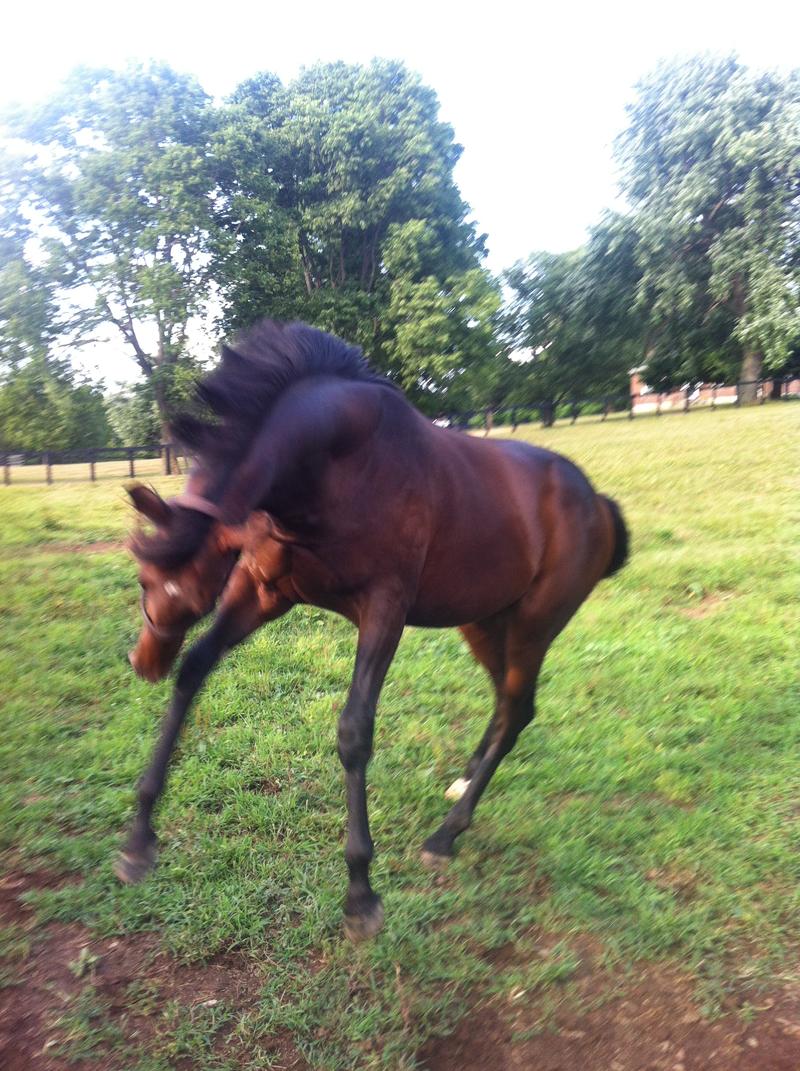 Exaggerator has an outsized personality, and that’s no overstatement. The 2016 Kentucky Derby (G1) contender was raised at breeder Joseph Murphy’s Stoneleigh Farm near Paris, Kentucky, where Kimberly McCormack had the pleasure of his company.

McCormack recalled that Exaggerator was “super personable,” like the other foals produced by his dam, Dawn Raid.

“Dawn Raid throws the best babies! I could be partial, but they are confident, love people from the beginning, and are obviously good looking.”

Interestingly, Exaggerator had the habit of eating while lying down. That may be another family trait, because his younger half-sister, Rose Garden, did the same thing.

His favorite toy was the jolly ball.

“He LOVED jolly balls, and literally would wait until a person would walk by, and throw it out of the field!”

That gave rise to his nickname on the farm – “Buster.” (He hadn’t gotten his official name yet.)

“Buster got his name from me calling him ‘Buster boy,’ to call him to get the ball from him,” McCormack said. “We'd say it in a Jamaica tone, as he was pretty chill and confident.”

He was also pals with the barn cat, named Crush.

“Crush would hang out near the horses. He loved watching them play in the field, would walk right into B's field, and think he was being groomed when Buster nipped at him.”

But amid all of the youthful fun and games, McCormack sensed that there was something exceptionally good about Exaggerator.

“He took everything in stride, as if he knew he was supposed to have a job. I had even sat on him before the yearling sale to acclimate him to yet another step in life.

Offered as a yearling at the Keeneland September Sale, he was sold for $110,000 to Big Chief Racing and given the name of “Exaggerator.” Big Chief Racing now campaigns him in partnership with Head of Plains Partners, Rocker O Ranch, et al.

Hopes were that Exaggerator would “bring a little more” than that, according to Kitty Taylor of Warrendale Sales, which consigned the son of Curlin on his breeder’s behalf.

After all, he was a “big, good-looking horse…a really nice horse” typical of his dam, and he “came out and showed himself well” when inspected by potential buyers.

So what kept the price down?

Exaggerator wasn’t a flashy, showstopper type of yearling who stood out from the rest, Taylor noted, especially being by a sire whose offspring weren’t necessarily hot commodities at the time.

“Curlin hadn’t become the big, sexy stallion he is right now,” Taylor said. “That Curlin part slowed him down.”

The market tends to reward the hottest sires of the moment, whether those dominating the latest headlines on the track or the eagerly awaited newcomers with their first yearlings on offer. So even the progeny of a nicely bred Hall of Famer like Curlin might start to slip a little under the radar.

McCormack, however, already had the Derby on her radar for “Buster.”

“We have only five broodmares. I knew this guy was special.

“I remember hand walking him for (sales) prep and it being quiet on the farm and telling him he was going to make it to the Derby. I knew we had a real nice horse in him.”