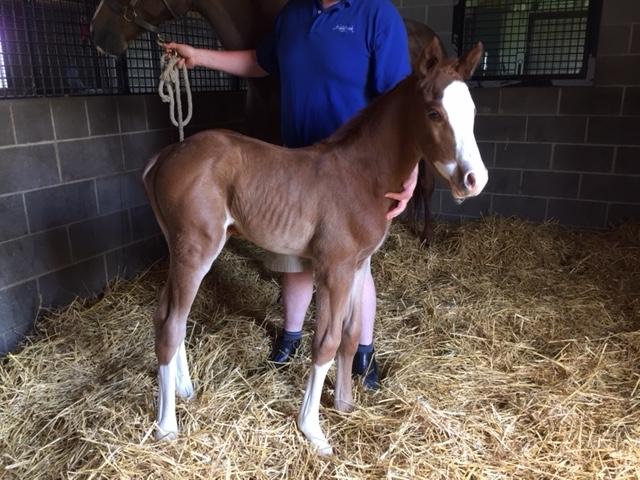 Free Drop Billy will try for better luck in the Kentucky Derby (G1) than sire Union Rags had in the 2012 running, where he was too far back early after a troubled start and closed belatedly for seventh. But that only scratches the surface of Free Drop Billy’s Derby connections.

Helen Groves, who bred the colt in the name of her revocable trust, sports the middle initial “K” from her maiden name – Kleberg, of the iconic King Ranch in Texas. Her father, Robert Kleberg Jr., masterminded the ranch’s expansion from the cattle business (where it was famous for creating the Santa Gertrudis breed) into the horse racing and breeding world. His acumen made King Ranch a powerhouse in the Thoroughbred industry.

King Ranch’s Texas homebred Assault swept the Triple Crown in 1946, and only four years later, Middleground joined the “Two-Thirds Club” by capturing the 1950 Kentucky Derby and Belmont. Both were by Bold Venture, still the only Derby winner (1936) to sire two Derby winners.

Like her father, Groves’s interests included Thoroughbred breeding, and she’s cultivated, often in collaboration with her daughters, some noted families over the years. The prime example is the Courtly Dee tribe, responsible for fellow Derby 144 contender Lone Sailor.

Free Drop Billy comes from another female line, one acquired from the 1987 dispersal of the exquisite bloodstock collection of Tartan Farms and John A. Nerud. Groves spent $750,000 there for Mochila. By the influential In Reality, Mochila was a multiple Grade 1-placed stakes winner from a productive family. Her half-brother, Cozzene, landed the 1985 Breeders’ Cup Mile (G1) en route to champion turf horse honors.

Mochila was in foal to a Nerud masterpiece, Fappiano, at the time of the dispersal. That baby turned out to be Serape, winner of the 1992 Ballerina (G1) at Saratoga for Groves.

Given her proficiency on turf, it made sense to send Trensa to the court of turf champion and leading sire Kitten’s Joy. She responded by producing Hawkbill, a high-class international campaigner for Godolphin. Victorious in the 2016 Eclipse S. (G1) as a three-year-old, he added the Princess of Wales’s (G2) last year and turned the Dubai City of Gold (G2)/Sheema Classic (G1) double this March.

In 2014, Trensa visited Union Rags. The match offered an intriguing pedigree pattern, since Union Rags and Trensa are both representatives of the cross of Northern Dancer-line stallions with Mr. Prospector-line mares.

But it was also a marriage between horses formerly trained by Michael Matz, who sent out Barbaro to dominate the 2006 Kentucky Derby. Making for an even closer family tie, Matz is Groves’s son-in-law, married to her daughter, Dorothy.

Trensa delivered her blaze-faced chestnut colt on May 3, 2015. The newborn sported a flashy look not unlike half-brother Hawkbill.

Along with Derby rival Lone Sailor, who was bred by Groves in partnership with daughters Helen Alexander and Dorothy Matz, he was born and raised at Alexander’s Middlebrook Farm near Lexington, Kentucky. The two were both consigned by Gainesway, as agent, at the 2016 Keeneland September Yearling Sale.

The yet-unnamed Union Rags colt sold for the higher price of the two, bringing the gavel down at $200,000. Steve Castagnola’s Kempton Bloodstock and Barry Berkelhammer purchased the colt as advisers to the Albaugh Family Stable. 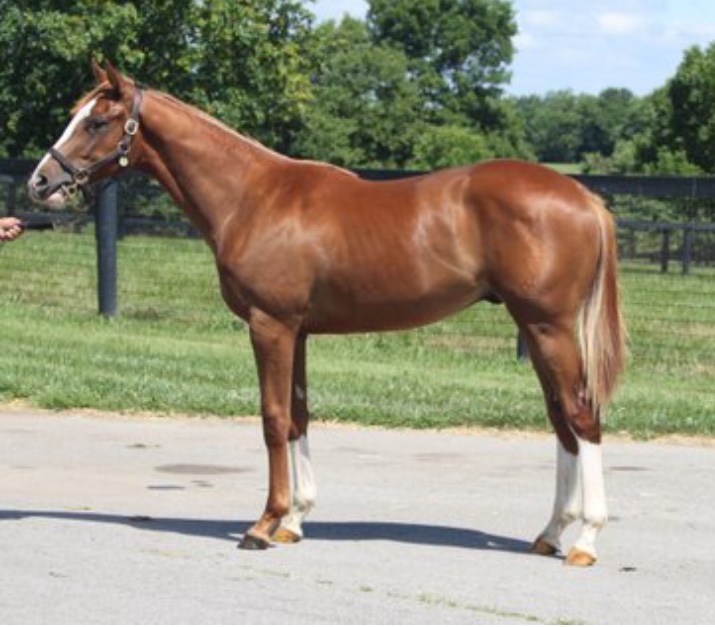 A now-familiar presence on the Derby trail, Dennis Albaugh and son-in-law Jason Loutsch’s stable has fielded Derby competitors the past two years with Brody’s Cause and J Boys Echo. Although they finished off the board, the team’s focus on classically-bred prospects continues to put them in position to go for the Derby gold.

The stable is also well known for naming horses after family and friends, sometimes as an inside joke requiring explanation. Free Drop Billy is just such a name. Family friend Bill Collins frequently gets “free drops” in their golf games, when a player is allowed to move the ball without a penalty.

Free Drop Billy, like the other Albaugh recruits, learned the ropes at Berkelhammer’s Abracadabra Farms near Ocala, Florida.

As a later foal, “Billy” might have been expected to need more time to come forward, and the stable is in no rush to crank them up prematurely.

“No pressure,” Loutsch said of the philosophy. “Just when he’s ready, send him up.”

But the juvenile was coming right along through his lessons, and he got ready in good order to join trainer Dale Romans at Churchill Downs last May.

“He showed a lot of grit early on,” Loutsch observed.

Still, Billy wasn’t regarded as the Albaughs’ best prospect. Loutsch recalled that when Berkelhammer ranked them upon graduation from his academy, Billy was “third or fourth of the six.”

That changed soon after he got to the Romans barn. Freshly arrived with just a couple of gallops under his belt, Billy rose fast up the pecking order.

“How come nobody’s talking about this Union Rags colt?” Loutsch remembered Romans saying. “That’s my favorite one of the bunch.”

Billy is one of those who enjoys training, a zest that’s almost tangible in the morning.

That attitude carried over to his career debut at Churchill. Rallying in a tightly bunched pack on the far turn, Billy split horses in an unflinching move you’d rarely see from a first-time starter.

“He went through a hole – I still can’t figure out how he got through,” Loutsch said.

The Albaugh team hopes that his affinity for the track, and likely stamina to see out the trip, will help Billy as he faces his Derby test.

“He’s doing as good as he could possibly be doing,” Loutsch noted.

Collins will be in attendance to watch his namesake, coming up on Tuesday to take in the whole Derby Week experience. While there won’t be any free drops or do-overs on the racetrack, Free Drop Billy will give his best regardless.

Maybe he gets a dash of that spirit from Groves and King Ranch. 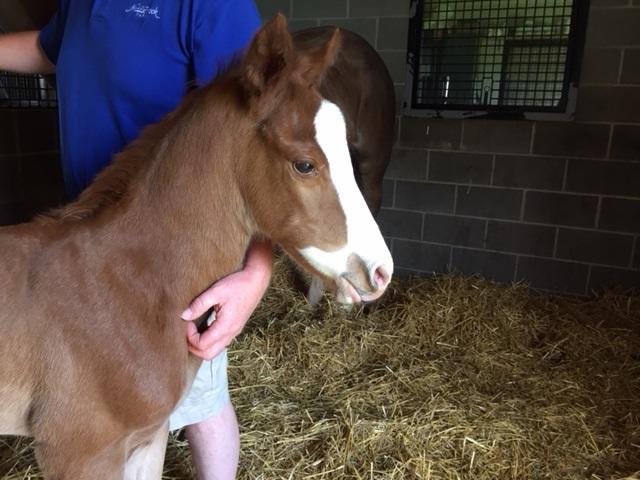