Tales from the Crib: Gunnevera 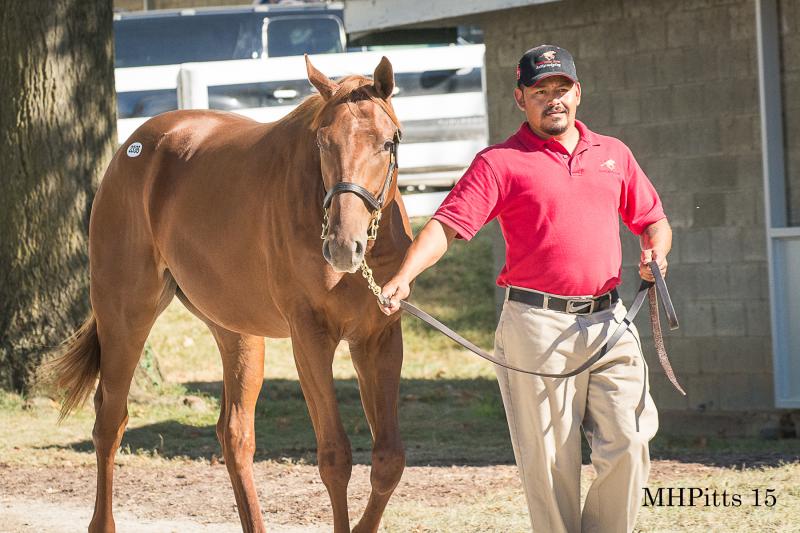 Gunnevera has risen from an early tragedy to become a prime contender for the Kentucky Derby (G1).

Born and raised at Jim and Pam Robinson’s Brandywine Farm, Gunnevera is one of two 2017 Derby hopefuls hailing from the Bourbon County, Kentucky, nursery. The other is Royal Mo (whose own Tale is forthcoming). While Royal Mo was later sold for a princely sum, Gunnevera turned out to be a bargain buy for his current connections – just as his dam was for Brandywine.

Gunnevera was bred by Brandywine in partnership with Stephen Upchurch, who long worked for the Robinsons and ultimately served as Brandywine farm manager before branching out on his own.

“He went to work for us since he was 25,” Pam Robinson recalled.

At the 2005 Keeneland January Horses of All Ages Sale, Brandywine bought a 10-year-old mare named Unbridled Rage for just $13,000. She had fine bloodlines as a daughter of 1990 Kentucky Derby-winning champion Unbridled from a good family, but her first four foals hadn’t achieved much by the time she entered the sales ring. So Unbridled Rage was overlooked by the market.

“Just got lost in the shuffle,” Robinson said.

The Robinsons gave Upchurch a one-third share in Unbridled Rage, and that’s how he came to be a co-breeder of her foals.

For the 2013 breeding season, Unbridled Rage visited a newcomer to the stallion ranks, Dialed In, the 2011 Florida Derby (G1) hero who was eighth as the favorite in that year’s Kentucky Derby.

When the 19-year-old mare delivered her chestnut colt on February 28, 2014, something went horribly wrong.

But under veterinary care, Unbridled Rage was stabilized, and as several days went by, she appeared in good shape.

“We thought she was completely out of the woods,” Robinson said. “Then all of a sudden, she dropped dead.

“She was an older mare at the time, but it was not expected. After three days, she was fine, and we thought totally of the woods.

Her week-old foal was now in need of a foster mom. The Robinsons called upon a breeder of Paint horses, who is careful to take good care of their own babies, to provide the nurse mare.

“The nurse mares we get are very kind and accepting,” Robinson said, noting that the foal bonded quickly with his Paint mom.

The colt was also quick to run to the gate when summoned.

“Nurse mares are always extremely laid back, so he was always the first to get to the gate.”

And there was another result of having a nurse mare, in place of his birth mom.

“I’m sure he got extra attention,” Robinson said. “He was a little extra spoiled.”

That’s saying something, since the Robinsons are very much hands-on when it comes to their horses. Forty years in the business, and the proprietors of Brandywine since 1998, they’re a “Mom and Pop” operation in the sense of personal caretaking. Unlike remote breeders who own the mare but aren’t engaged with day-to-day tasks, the Robinsons actually take their mares to the breeding shed and foal them. They eat, sleep, and breathe their horses.

But they’re not small scale. Brandywine is a 600-acre spread, and the Robinsons have been a consistent presence as breeders of classic performers in recent years. In partnership with Rob Whiteley’s Liberation Farm, they bred 2011 Belmont (G1) upsetter Ruler On Ice; 2013 Derby competitor Itsmyluckyday, who finished second in the Preakness (G1) and went on to capture the 2014 Woodward (G1); and 2014 Arkansas Derby (G1) hero Danza, a troubled third to California Chrome in his Derby.

Robinson emphasized that the stereotype of Thoroughbred investment being an exclusive playground for the wealthy just isn’t true. A far cry from “Lifestyles of the Rich and Famous,” many breeders are “little guys” who are just eking by, trying to sell a $10,000 horse.

The Robinsons themselves worked for long years in their respective professions before setting up shop at Brandywine. Dr. Pam ran the University of North Carolina at Chapel Hill’s human physiology research lab – expertise that translates seamlessly into her conditioning of the Brandywine yearlings. Husband Jim was a General Telephone and Electronics engineer for 30 years.

Their efforts to raise horses are a labor of love.

“Every penny we get goes right back to support the horses,” Robinson said.

In Gunnevera’s case, that wasn’t too many pennies when Brandywine offered him at the 2015 Keeneland September Yearling Sale.

“He was still somewhat immature – had a good-sized frame, but hadn’t quite grown into his long legs. Mr. Sano saw the potential in him.”

That would be trainer Antonio Sano, who snapped the rangy colt up for just $16,000.

Sano, the top trainer of all time in his native Venezuela, is no stranger to hardship himself. As recounted by Bill Finley in Thoroughbred Daily News, Sano was twice victimized by kidnappers in his homeland. Detained for four hours the first time, he later endured a 36-day confinement in 2009, and his wife, Maria Christina, had to ransom him from his captors. Supportive friends contributed to the ransom payment; according to the Paulick Report’s Chelsea Hackbarth, that group included Salomon del Valle, now a co-owner of Gunnevera.

After that harrowing experience, Sano and his family left for their own security, and ultimately came to the United States. His skills as a horseman enabled him not only to establish himself all over again at a new base, Calder (now called Gulfstream Park West), but also to achieve success. He’s won several training titles on the South Florida circuit, between Gulfstream and its sister track Gulfstream Park West. And now thanks to Gunnevera, Sano is becoming known to a much wider audience.

Purchased for Peacock Stables – the partnership of del Valle, fellow Venezuelan Guillermo Guerra, and Spain’s Jamie Diaz – Gunnevera is reportedly named after a Spanish town. The youngster was sent to Julio Rada’s Altamira Stable for his early education.

“My dad (Julio Sr.) and I have been working as a team with Antonio Sano for a long time at picking horses out of the sales as future racing prospects,” the younger Julio Rada said. “Once we get the horses from the sale, Mr. Sano sends them to our training program in Ocala to be broken and receive our early training program. He was such a classy and smart horse since we picked him at Keeneland with Mr. Sano.

“Once Gunnevera arrived at the farm and got off the van, the leggy and classy chestnut colt handled everything right and started learning everything we taught him.

“Gunnevera started galloping in fall 2015, and by that time we already knew that he was special by the way he moved and handled things on the track, just like classy horses do.

“As far as personality goes, he was such a cool horse to be around,” Rada added. “He behaved very well in the stall, and he would even let me get into his stall although I’m in a wheelchair. He interacted with me just like he did with the whole barn crew. He wasn’t bothered by the wheelchair or anything.

“Gunnevera never missed a training day and when we started breezing him, we knew that he didn’t have a ton of early speed. But once he was chasing another horse, he would start shifting gears in the far turn and showed us an amazing turn of foot down the lane. He did that every time we worked him and that’s when we realized that he was a very special horse!”

As Gunnevera continues to progress on the Kentucky Derby trail, he’s showing off his special talent on the big stage. Mom would be proud. 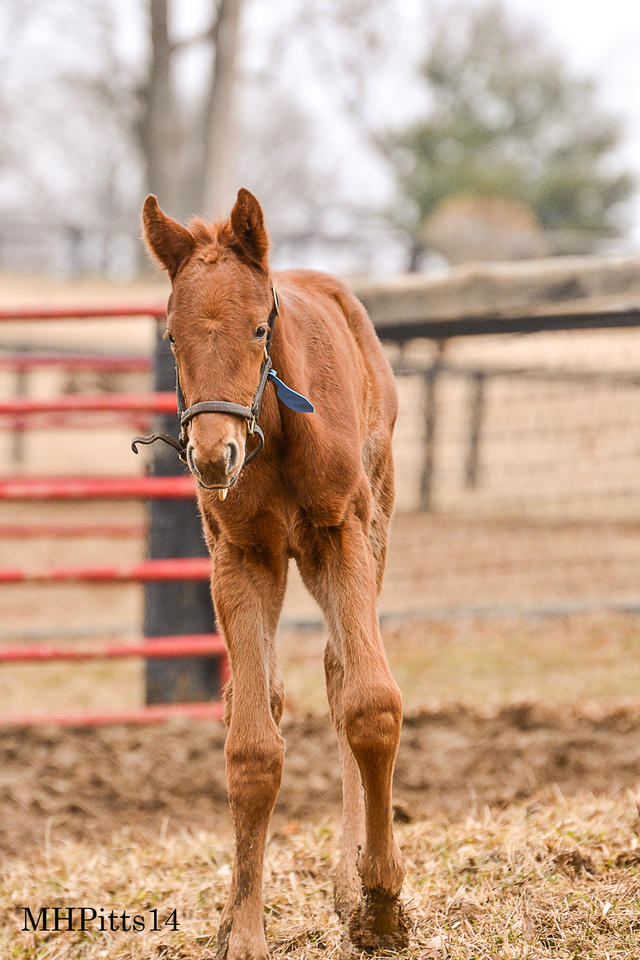