Tales from the Crib: Honor A. P. 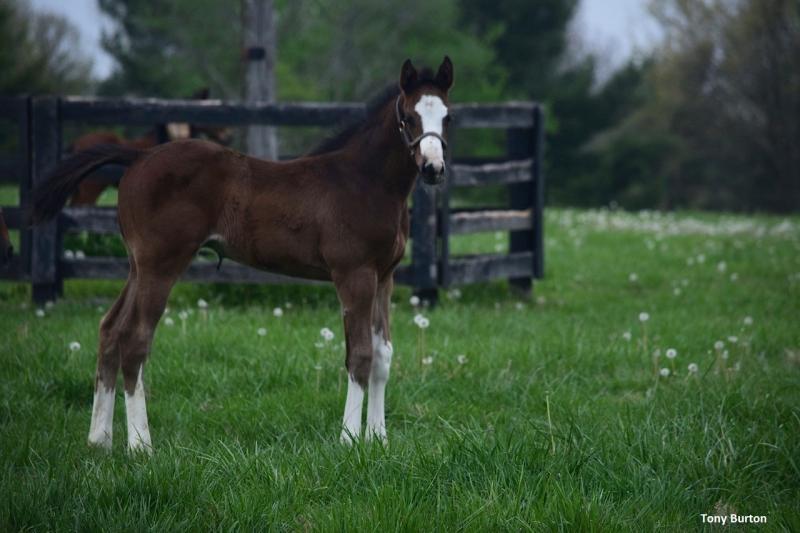 Honor A. P. was always the standout baby in the field (Photo by Tony Burton of Starwood Farm) 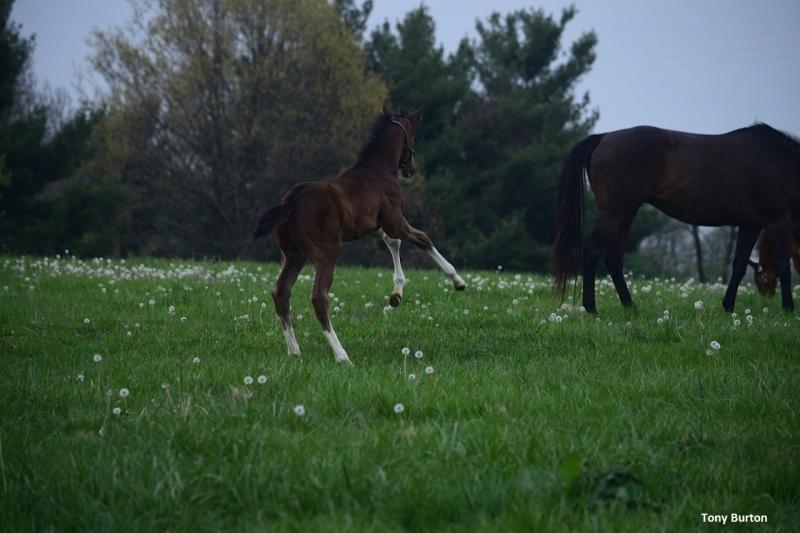 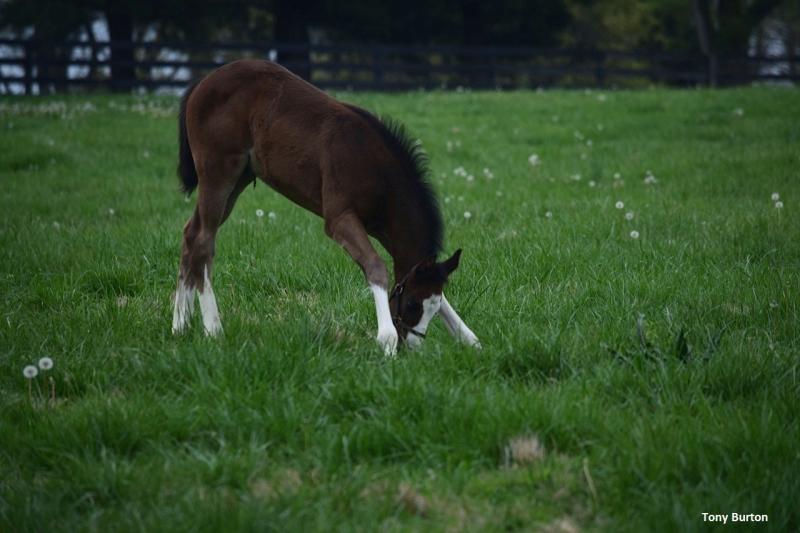 Honor A. P. is literally a “Hollywood Story,” since that’s the name of his millionaire dam, but the Kentucky Derby (G1) contender offers enough story lines for a major motion picture.

The flashy dark bay was bred by movie theater mogul George Krikorian, whose father was a trainer based at New Hampshire’s now-defunct Rockingham Park. Krikorian has continued his family’s involvement with the sport by becoming a prominent owner/breeder. His horses’ names often reflect the nature of his business, with such Grade 1 winners as Starrer, homebred Star Billing, and Hollywood Story.

Krikorian purchased Hollywood Story for $130,000 as a yearling at Fasig-Tipton Kentucky July in 2002. By Wild Rush and out of the stakes-placed Wife for Life (a mare by Barbaro’s sire Dynaformer), Hollywood Story fittingly enough resided in Southern California throughout her racing career. Even better, she excelled at old Hollywood Park.

Trained by John Shirreffs – who now has her son Honor A. P. – Hollywood Story broke her maiden in the 2003 Hollywood Starlet (G1). She went on to win graded stakes for three more years at the storied Inglewood oval, the 2004 Bayakoa H. (G2), 2005 Hawthorne H. (G3), and 2006 Vanity H. (now recast as the Beholder Mile) (G1). Hollywood Story placed in 11 other stakes and competed in the Breeders’ Cup four times, notably finishing fourth in the Juvenile Fillies (G1) behind champion Halfbridled and Hall of Famer Ashado.

After amassing $1,171,105 in earnings from her 27-4-6-6 record, Hollywood Story has gone on to success as a broodmare. Of her seven winners, four are stakes performers. Her first foal by Storm Cat, the multiple stakes-placed Hoorayforhollywood, was followed by stakes winner Miss Hollywood and Grade 2-placed Hollywood Star, both by the A.P. Indy stallion Malibu Moon.

Hollywood Story visited another son of A.P. Indy, champion Honor Code, in his first season at stud in 2016. Her foal arrived at Krikorian’s Kentucky farm (named Starwood, in combined homage to Starrer and Hollywood Story) on March 13, 2017, and he was already a stunner.

“He was a beautiful colt when he was born,” said farm manager Tony Burton, who recalled being struck by his appearance as he delivered the foal.

Photogenic in the mold of his sire, with a great white blaze and stockings, he was the proverbial standout among the rest. 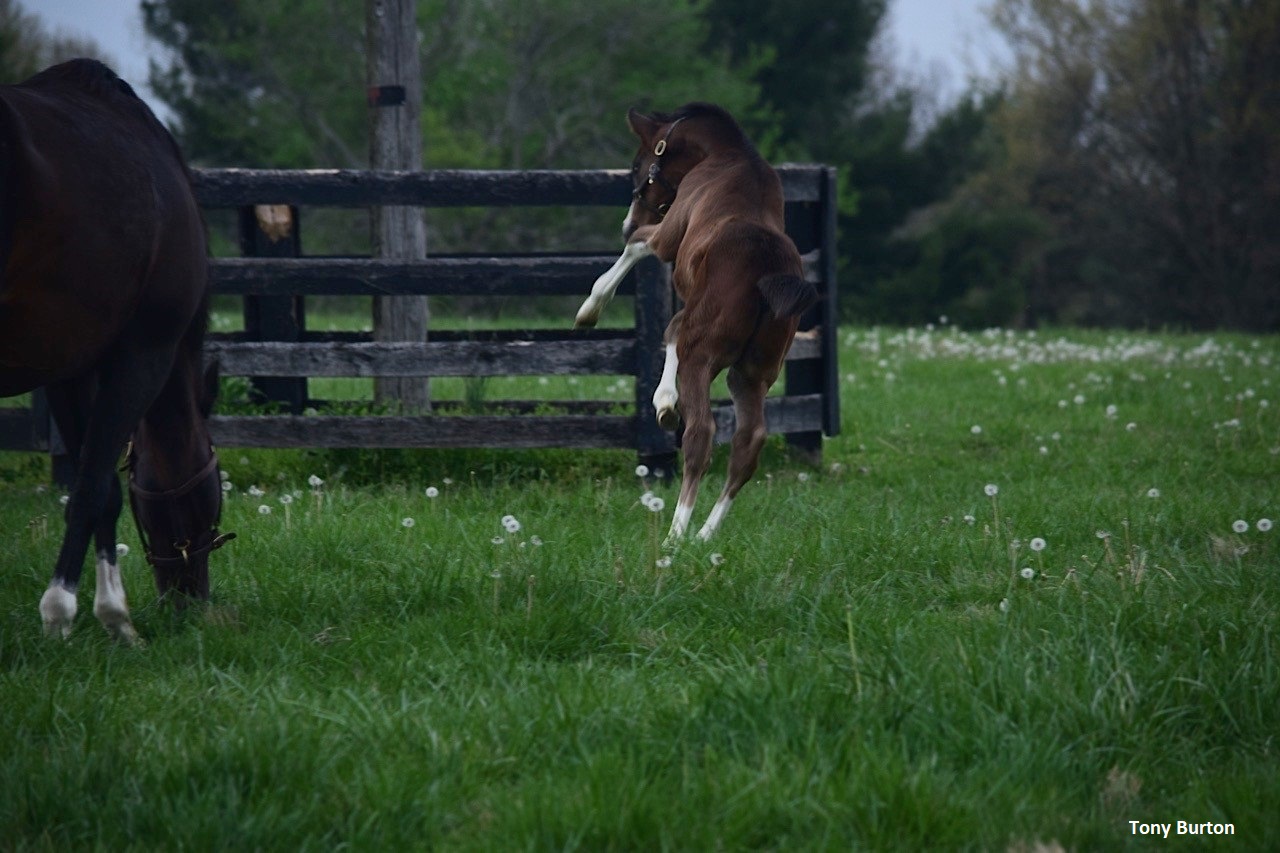 “I followed him along a lot because he was just such a beautiful horse in the field. There could be 20 colts out there, and he was the one you’d look at.”

Even just the way he played around made you pay attention, and Burton took plenty of pictures to preserve the memories of his babyhood.

Beyond his handsome looks, the foal was also especially cooperative. In that respect, he was very much a son of Hollywood Story, who has been passing on her smarts, and winning disposition, to her progeny, as Burton describes.

“Willingness is what stands out to me – willingness to please.

“He was like that from the get-go as a baby, from day one.” 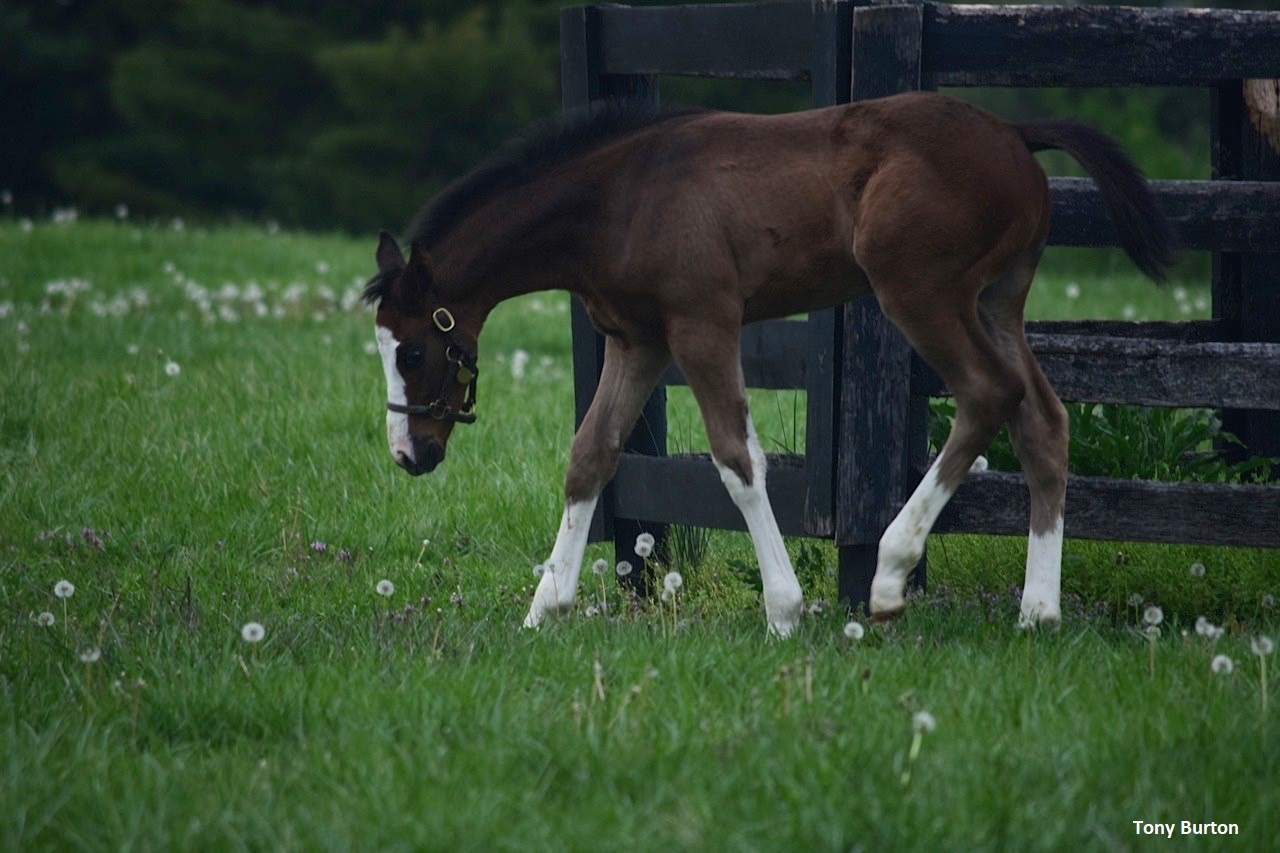 Initially named Hollywood Hero, he maintained that model behavior through his sales prep as a yearling.

Whenever the stall door was opened, Hollywood Hero was ready to answer the summons. Burton translated his demeanor as:

Hollywood Hero had something else in common with his half-siblings out of Hollywood Story – commercial appeal. Several have sold as expensive yearlings, including the $1.35 million Miss Hollywood (in 2013) and the $875,000 Hollywood Girl (in 2017).

Burton particularly loved Hollywood Girl, her daughter by Giant’s Causeway, who went to Lee and Susan Searing’s CRK Stable. The same connections were interested in her younger half-brother.

Hollywood Hero cut a dashing figure at the 2018 Fasig-Tipton Saratoga Sale, where he was consigned by Hill ‘n’ Dale Sales Agency on Krikorian’s behalf. CRK Stable had to go to $850,000 so that he could join Hollywood Girl in the Shirreffs barn, in something of a family reunion.

The family atmosphere extends to his people. The bloodstock agent involved in the purchase, David Ingordo, famously bought Zenyatta as a yearling. His mother, Dottie Ingordo-Shirreffs, is trainer John’s wife (and longtime racing manager for Zenyatta’s owners, the Mosses). Ingordo himself is on the team at Lane’s End where Honor Code stands.

The Searings’ nom de course alludes to their children Christina, Richard, and Katherine. CRK’s purple and gold silks express another passion – for the NBA’s Los Angeles Lakers. Some of their best-known runners expand on the basketball theme, like Grade 2 winner Midcourt, who recently finished third as the favorite in the Santa Anita H. (G1).

But a past CRK colorbearer came to mind this winter after the tragic death of Kobe Bryant. In the spring of 2013, the Searings had named their well-regarded colt Kobe’s Back, as a prognostication that Bryant would be back after tearing his Achilles tendon. Kobe’s Back validated his lofty name by bankrolling more than $1.1 million.

Their Honor Code-Hollywood Story acquisition was renamed as a tip of the cap to his grandsire, A. P. Indy. Honor A. P. recorded his first published work on June 5, 2019, and after a steady series of drills over the summer, made his career debut Aug. 17 at Del Mar.

Considering the ever-patient handling of Shirreffs, Honor A. P. figured to use that 6-furlong race more for educational or building-block purposes. So the fact that he charged from last into second boded very well for his future. Honor A. P. accordingly scored next time out, going a mile at Santa Anita, as the 1-2 favorite. He was expected to be favored in the Sham (G3), until a minor setback ruled him out of his intended stakes debut.

Honor A. P. resumed with a terrific runner-up effort in the San Felipe (G2). Although unable to catch the controlling speed Authentic, he shaped like one who’ll be suited over longer. They’re set to square off again in the Santa Anita Derby (G1), and hopefully bring their rivalry to Churchill Downs for Derby 146.

Honor A. P.’s name has taken on added meaning since the passing of A.P. Indy on Feb. 21. The late, great Hall of Famer was scratched the morning of the 1992 Kentucky Derby. Honor Code, the son sparking such hopes from A.P. Indy’s final crop, was knocked off the 2014 Derby trail by injury.

If Honor A. P. can win the 2020 Derby, sporting the Lakers’ colors, just months after fans mourned A.P. Indy and Kobe Bryant, that would be a Hollywood story. 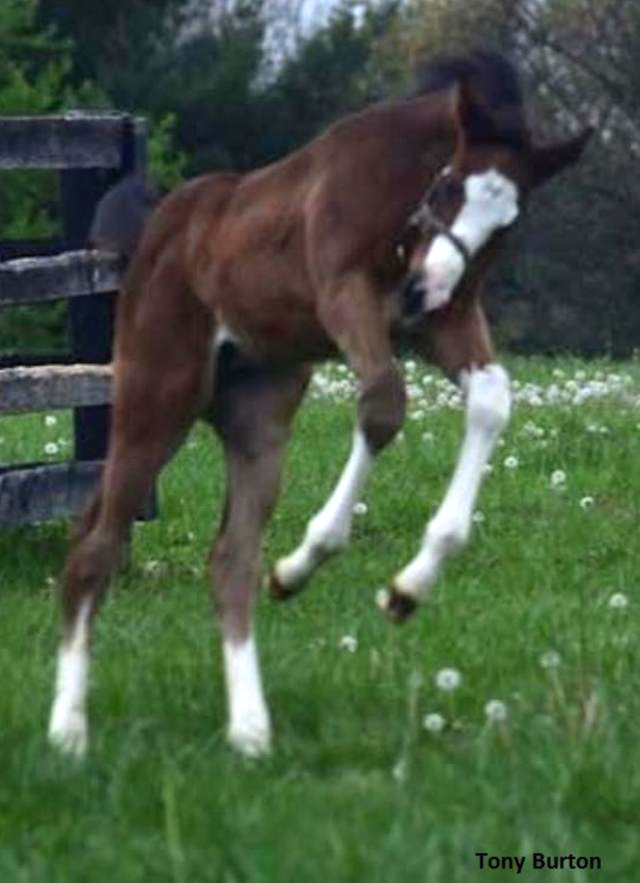 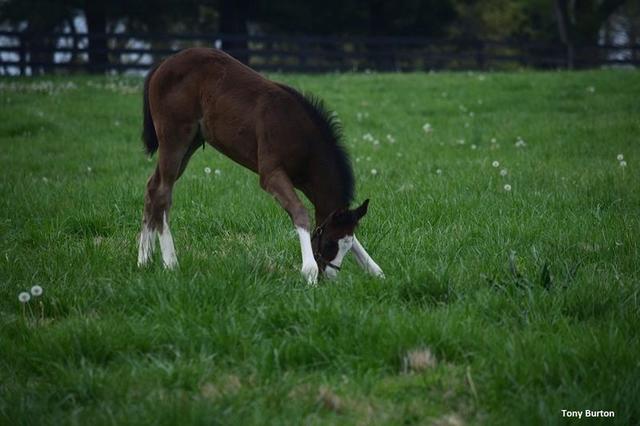