When Hot Rod Charlie ventures to Churchill Downs for the Kentucky Derby (G1), he won’t be too far from his historic birthplace.

Hot Rod Charlie hails from Hermitage Farm in Goshen, just northeast of Louisville. Tracing back to a land grant from the Revolutionary War, the property was transformed into a major Thoroughbred nursery after Warner L. Jones Jr. took the helm in 1936. So renowned was Hermitage that when Queen Elizabeth II visited the Bluegrass in 1984, she took a detour from central Kentucky – literally going out of her way – just to see the farm.

Hermitage is associated with one of the greatest upsets in Kentucky Derby history. In 1953, the Jones-bred Dark Star, a nearly 25-1 shot, fended off 7-10 favorite Native Dancer by a head. Aside from handing the Hall of Famer his only career loss, Dark Star thwarted a Triple Crown.

Other prominent runners nurtured at Hermitage include Seattle Dancer, a half-brother to 1977 Triple Crown legend Seattle Slew, who sold for a record $13.1 million as a yearling in 1985; Is It True, a son of Hermitage’s leading sire Raja Baba, who floored Easy Goer in the 1988 Breeders’ Cup Juvenile (G1); and of more recent vintage, West Coast, the champion three-year-old male of 2017 after compiling a five-race winning streak including the Travers (G1) and Pennsylvania Derby (G1).

Cox purchased the mare who would become Hot Rod Charlie’s granddam, Glacken’s Gal, for $250,000 as a newly turned three-year-old at Keeneland January in 2008. Unbeaten from two starts at two, including the Astoria S., she ended up not racing again.

Later that same spring, Glacken’s Gal began her broodmare career by visiting Indian Charlie. The resulting foal, Indian Miss, placed once from a pair of attempts, and Cox retired her.

Indian Miss proved far more successful as a producer. Her second foal, Mitole, emerged as a budding talent on the sprint scene in 2018. Racing for Bill and Corinne Heiligbrodt, Mitole made good on that promise by becoming a champion the following season. His near-perfect 2019 campaign featured a superb double in the 2019 Metropolitan H. (G1) and Breeders’ Cup Sprint (G1), propelling him not only to the Eclipse Award as champion sprinter but also made him a finalist for Horse of the Year.

The day before Mitole romped to his first stakes victory in the 2018 Bachelor S. at Oaklawn Park, Indian Miss delivered his baby half-brother. Her dark bay colt, by 2013 Preakness (G1) winner Oxbow, was foaled at Hermitage on April 11. Unnamed as a youngster, we know him as Hot Rod Charlie. 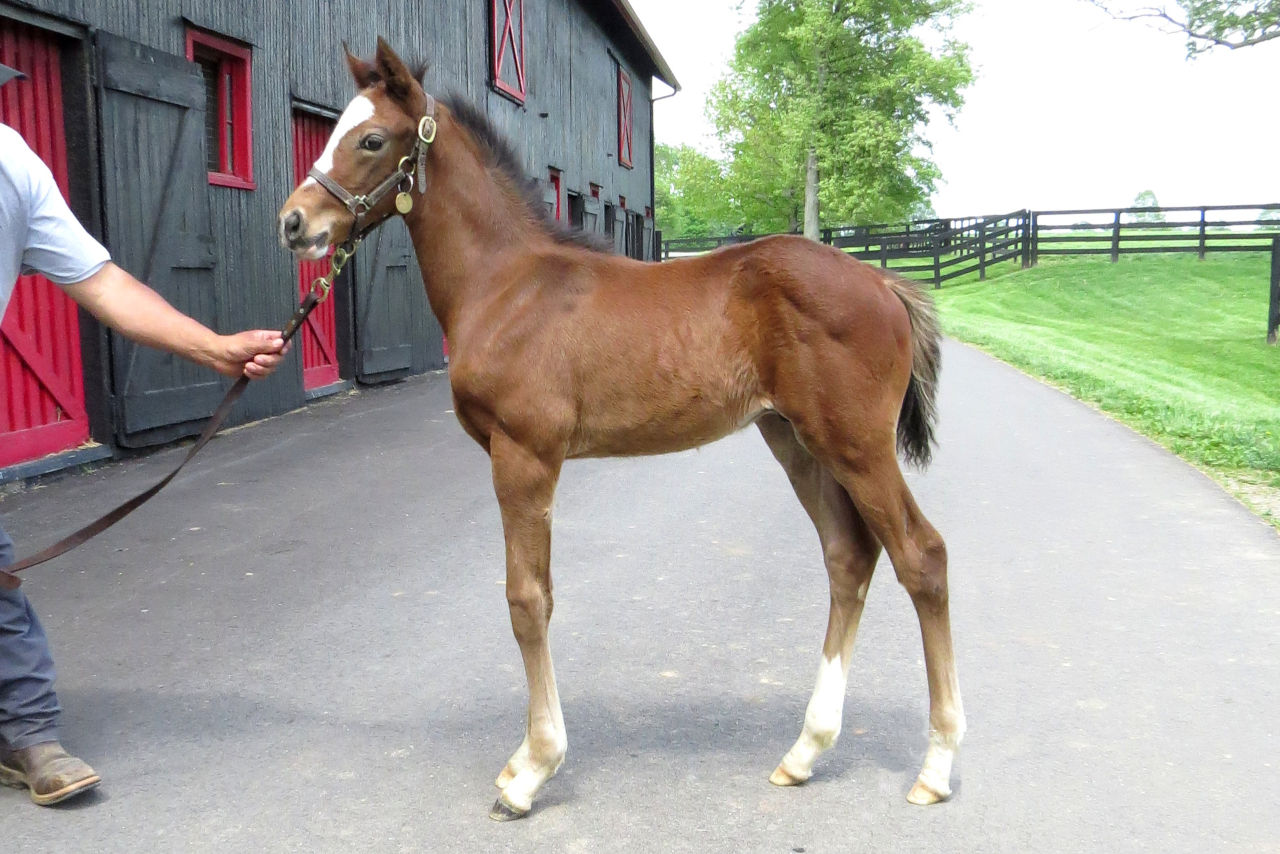 Farm manager Bill Landes, a veritable institution himself after 45 years at Hermitage, recalls a favorable impression as well as some early challenges.

“From my first remembrance of him to his February 2019 sale, I thought he was a racy, well-balanced colt,” Landes commented.

“Soon after foaling and again in the summer of 2018, Hot Rod Charlie had gastro-intestinal issues that temporarily set him back.”

As the dedicated staff at Hermitage helped the foal get over those maladies, his breeder was enduring a terminal illness. Cox decided to disperse his stock completely, and all but one went through the ring at Keeneland November in 2018.

That single holdout was Hot Rod Charlie, who wasn’t ready to deal with a sale at that stage. The last Cox horse left at Hermitage, he was prepared for the Fasig-Tipton Kentucky Winter Mixed Sale in early February 2019.

Being by a sire who wasn’t commercial, Hot Rod Charlie was unlikely to gain traction at the sale. Nor was half-brother Mitole in a position to raise his profile much. Not yet a household name, he had not run since the previous May.

But bloodstock agent Bob Feld and son Sean remembered Mitole’s massive potential, making the half-brother worth a try. Feld bought the Oxbow-Indian Miss colt for a bargain $17,000, in what turned out to be a shrewd acquisition.

A little more than a month later, Cox passed away, amid tributes recognizing his success in the Thoroughbred industry. At the time, few might have projected that Hot Rod Charlie would add another major winner to Cox’s ledger. 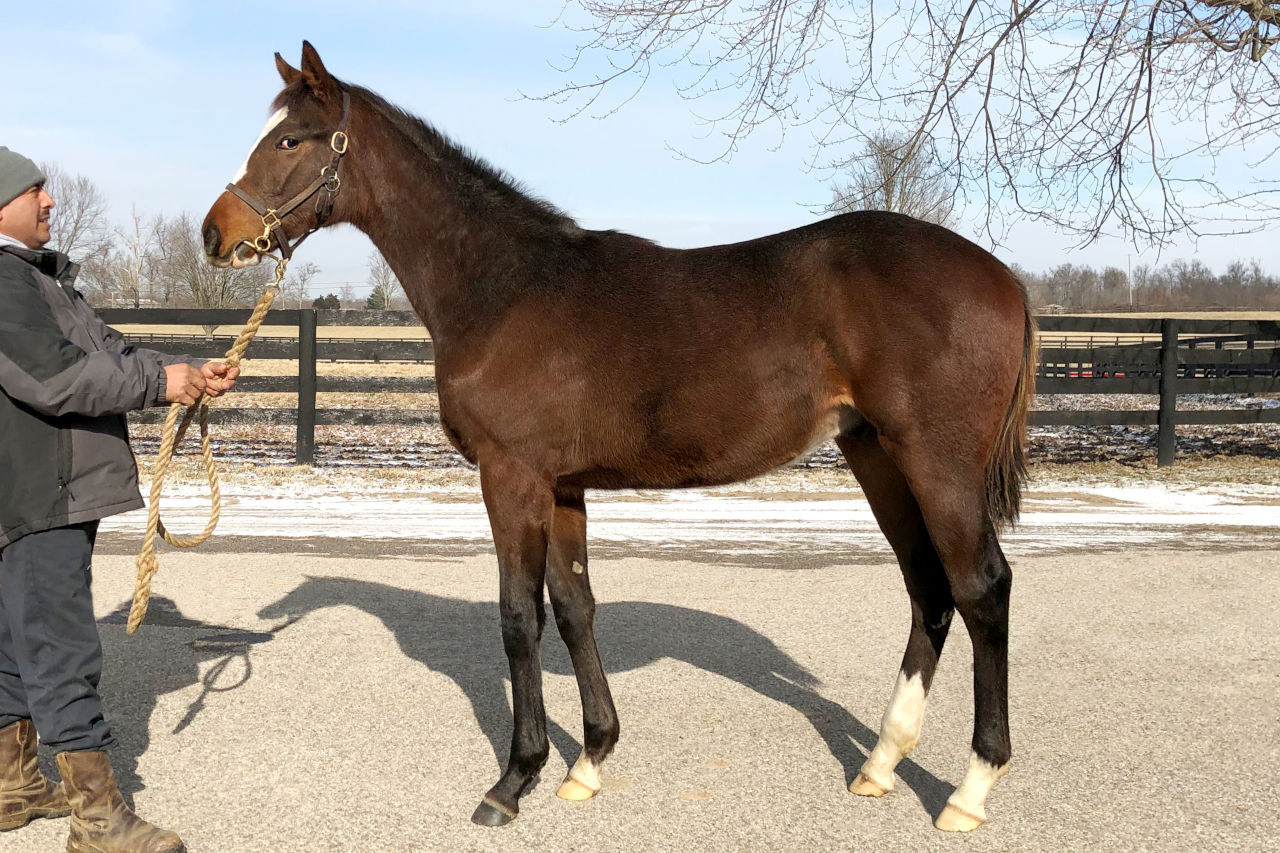 The yearling was sent to Ben Berger’s Woodstock Farm near Lexington, where he soon showed a very willful character.

“He was a very athletic horse when he came in in February,” Berger recalled, adding that the colt was “a high-energy horse who was always getting into something.”

Indeed, the yet-unnamed Hot Rod Charlie was reminiscent of a child who had to do things his way.

“He was never mean or nasty,” Berger emphasized, just intent on following his own fixed ideas.

“He wanted to be the first one into the barn and the first one out of the barn. If not, then he’d throw a little fit,” Berger said.

In that respect, Hot Rod Charlie presented a contrast with another future Derby candidate who was growing up in the same field – Rombauer.

A homebred for John and Diane Fradkin, Rombauer was a “nice brown wrapper kind of horse” who went with the flow, the type to “go along to get along with what we wanted him to do.”

Hot Rod Charlie was the flashier of the two, both physically and personality-wise.

“Whatever you did with him, he wanted to do it at a higher rate of speed.”

For example, when he was hand-walked, Hot Rod Charlie had a penchant to jog. Thus the Woodstock team had to manage him thoughtfully. They switched up his routine to try to slow him down, get him to relax, and foster his development at the right pace.

“You had to take your time with him, change what you were doing, because he would do too much, too fast,” Berger summed up. “He always wanted to do more than what we wanted to do with him.

“We had to get his mind to catch up with his body.”

During his months at the farm, Hot Rod Charlie went through growth spurts. He’d get tall and lanky before filling out his frame again, and then repeat the cycle.

By the time of his return visit to Fasig-Tipton for the October Yearlings Sale, Hot Rod Charlie had some significant catalog updates. Mitole won three Grade 1s over the spring and summer, and in a couple of weeks, he’d be one of the favorites for the Breeders’ Cup Sprint.

Trainer Doug O’Neill’s brother Dennis, well known for scouting out prospects, went to $110,000 to secure Mitole’s half-brother. Although not close to the sale’s best sellers (led by a $560,000 colt), Hot Rod Charlie still ranked as far and away the priciest of Oxbow’s 57 yearlings sold in 2019.

Adding to the family feeling, the O’Neills’ nephew Patrick got involved in the ownership group. The former Brown University football player established Boat Racing along with four of his old teammates – Eric Armagost, Dan Giovaccini, Reiley Higgins, and Alex Quoyeser. Named for a fraternity drinking game, Boat Racing holds an interest in Hot Rod Charlie, as does Bill Strauss’s Strauss Bros. Racing, while Greg Helm’s Roadrunner Racing has the largest share in the colt.

Hot Rod Charlie, named by his current owners, displayed enough in his early works to go off favored in his first three starts. Not until adding blinkers in his fourth try, however, did he finally break his maiden at Santa Anita. Yet the equipment change came in tandem with his first attempt over a mile on dirt, suggesting that the conditions also played to his strengths.

O’Neill threw him into the deep end in the Breeders’ Cup Juvenile at Keeneland, and bettors completely ignored him as the 94-1 longest shot on the board. But Hot Rod Charlie proved himself at the highest level by nearly pulling a shocker. Rallying to collar odds-on Jackie’s Warrior in the stretch, he beat everyone but champion Essential Quality, and even then went down grudgingly.

Hot Rod Charlie came within three-quarters of a length of making Indian Miss the dam of two Breeders’ Cup winners – an exclusive club. If he can win the Kentucky Derby, he’d make her unique in history as the dam of a Breeders’ Cup Sprint champion as well as a classic winner.

Indian Miss, who first sold as part of Cox’s dispersal for $240,000 to WinStar Farm, was a hot commodity after the exploits of Mitole and Hot Rod Charlie. Touring the Keeneland ring days following the Juvenile, Indian Miss commanded $1.9 million from OXO Equine.

Hot Rod Charlie picked up right where he left off in the Jan. 30 Robert B. Lewis (G3), where he was just outdueled in a three-way photo. Stronger second off the layoff in the March 20 Louisiana Derby (G2), he channeled sire Oxbow’s controlling speed and stamina to prevail in track-record time at Fair Grounds.

Now Hot Rod Charlie carries the legacies of Hermitage Farm and Cox to the Kentucky Derby. Landes had an inkling that the foal would pan out. 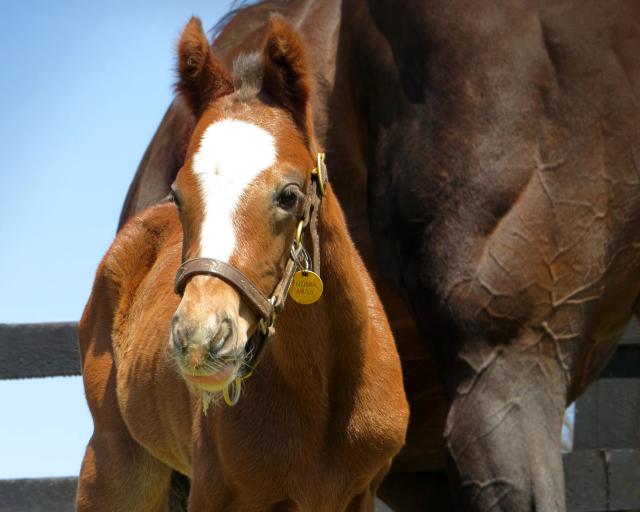