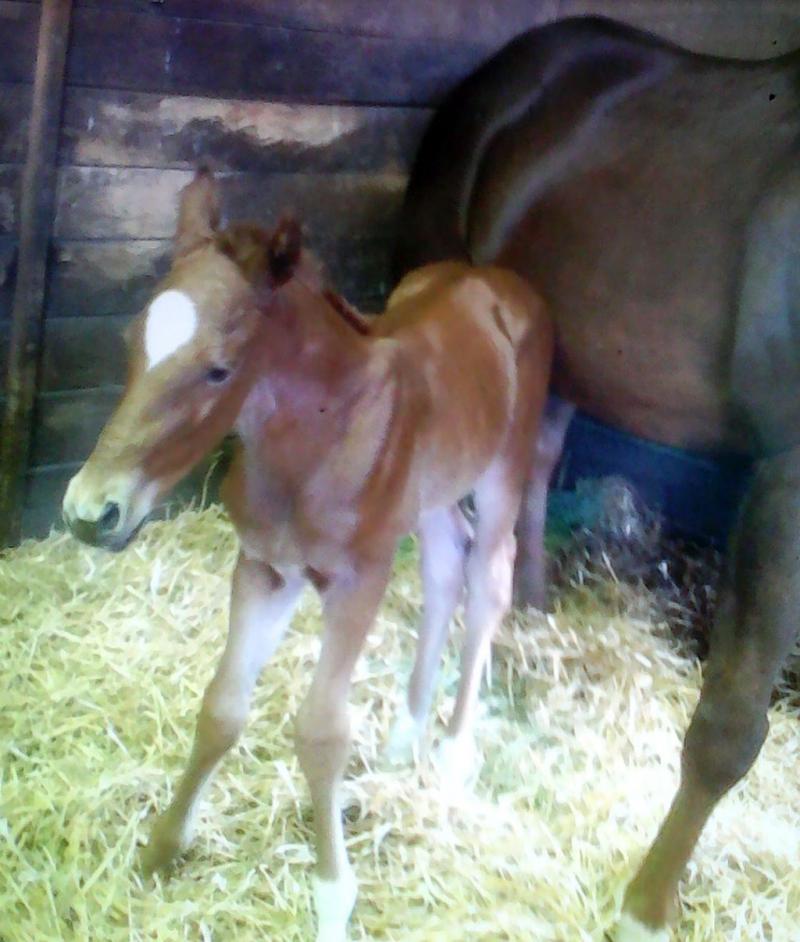 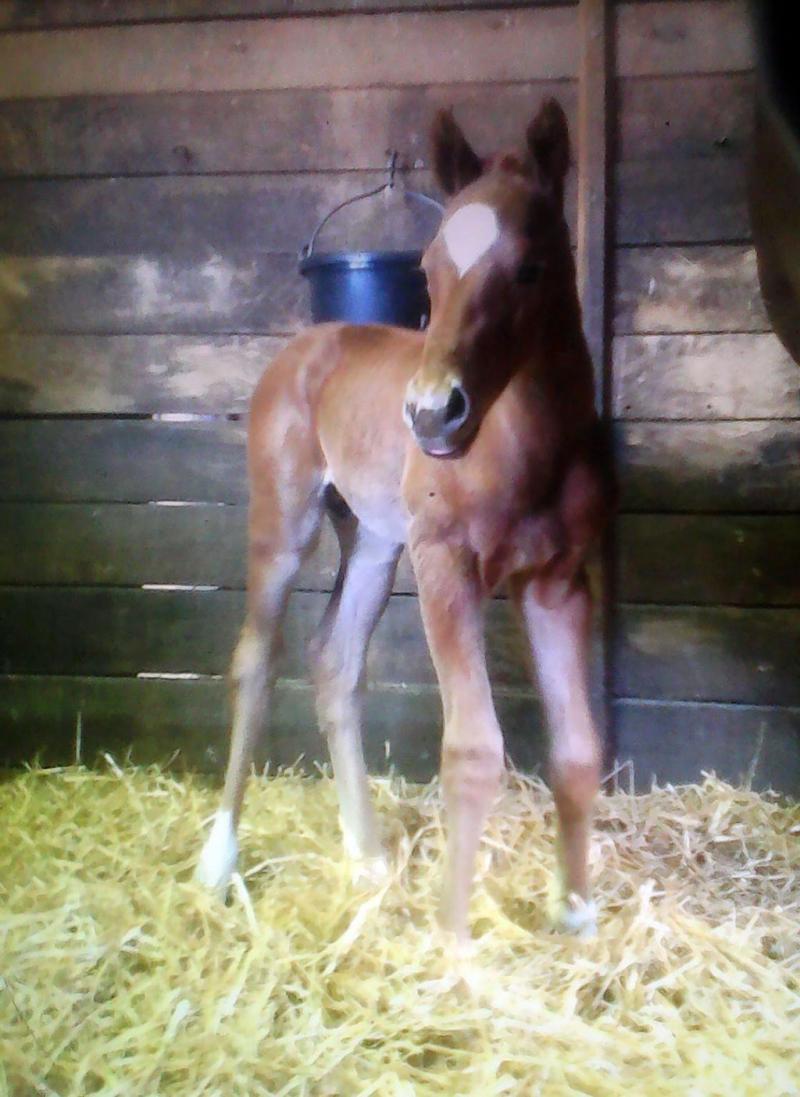 Not only is patience the governing philosophy of his owner/breeder, Isabelle de Tomaso, and his handlers along the way, but his dam’s as well.

The theme begins in his mother’s womb, for the mare Irish Sovereign is in no hurry to deliver her babies. Unlike the textbook 11 months’ gestation, she prefers to carry her foals longer. That makes for an annual waiting game at Overbrook Farm in Colts Neck, New Jersey.

“She goes a year, or close to a year, every time she foals,” Overbrook manager Rory Huston revealed. “That’s why she has such late foals. You can never catch an extra month.”

Irish Sovereign takes after her own dam, Irish Genius, in that respect. Irish Genius actually went past a year before giving birth to her 2007 foal, who was aptly named Irish Latearrival.

“The Jockey Club said it was impossible,” Huston recalled of Irish Latearrival. “We had to get a signed affidavit from the stallion and our vet stating when she was bred and foaled!”

The leisurely approach is working for her. Irish Sovereign “throws some nice foals, good-sized foals,” and her Curlin baby born on May 2, 2014, Irish War Cry, was no exception.

After spending the first week or so of his life at Overbrook, Irish War Cry accompanied his dam to Kentucky, where she was due to be bred back. Mother and baby were hosted by Grant O’Shaughnessy’s Serendipity Farm near Georgetown for about 10 weeks.

“Irish War Cry was a fairly leggy foal, very straightforward with no issues,” O’Shaughnessy said. “He was very inquisitive, easy to deal with and independent, always first to the gate when called, whether his mother was with him or not.

“While here their routine was to come up into the barn first thing every morning so they could eat and be checked over. If everything was in order they would be turned back out again into a 30-acre field with five other mares and foals.

Irish War Cry and his dam then returned home to Overbrook in New Jersey. After weaning, the six-month old colt was sent to back to Kentucky, this time to Brookdale Farm near Versailles.

Fred Seitz Jr. of Brookdale remembers Irish War Cry as “easy going and mellow. He was a handsome boy too.”

In late September of his yearling year, Irish War Cry was once again on his travels to the Webb Carroll Training Center in St Matthews, South Carolina. He spent nearly an entire year there learning his early lessons under the tutelage of Travis Durr. The time span reflects the training center’s patient approach, a natural fit for Mrs. de Tomaso’s own policy.

“Miss Isabelle is an owner who takes all the time in the world,” Durr said.

Irish War Cry especially stood to benefit from an unhurried preparation. As a late foal, whose parents were both unraced at two, he figured to need time to blossom.

Durr recalls that, although Irish War Cry wasn’t very mature at first, he was a well-made colt.

“He was the best individual we’ve had off that mare.

“Knowing that the dam’s side are later bloomers, and he was a bigger, stretchier horse than the ones in the past, we decided to give him plenty of time.

“He was immature and went through a growth stage, and we were giving him time to grow up.”

Still, Irish War Cry wasn’t a sluggard. He just wasn’t pushed to adhere to an arbitrary timetable. Durr commented that at a certain point in their development, a 30-day break helps youngsters to recharge both physically and mentally.

“We had him ready early on,” Durr said, “but kept backing off him and giving him time.”

Irish War Cry responded well to that regimen and flashed talent in his timed works.

The Webb Carroll team coordinates with the racetrack trainers to determine when the two-year-olds are ready to graduate. Irish War Cry left school on September 11, 2016, and joined Graham Motion at Fair Hill in Maryland. Just 13 days later, he recorded his first official work for Motion – an easy half in :49.40 – and continued to build toward his impressive debut at Laurel in November.

“He was nothing but class before he left. He really grew up mentally and physically.”

“Hopefully he can finish the deal,” Durr concluded.

Should Irish War Cry win the Derby, he’d become only the third New Jersey-bred to wear the roses, after the great filly Regret (1915) and Cavalcade (1934).

His New Jersey connection runs much deeper than just a birthplace. Mrs. de Tomaso is a daughter of Amory Haskell. If that name sounds familiar, he’s the namesake of the $1 million Haskell Invitational (G1) for three-year-olds held at Monmouth Park every summer. Haskell was instrumental in the efforts to get parimutuel wagering legalized in New Jersey, spearheaded the construction of a new Monmouth racetrack, and served as Monmouth’s president and chairman of the board from 1946 until he passed away in 1966.

Yet de Tomaso is an accomplished personage in her own right, with a life worthy of a novel. Dubbed “The Most Interesting Woman in Racing” by “At the Races” radio host Steve Byk, de Tomaso competed against the men on the European auto racing circuit in the 1950s. That’s how she met her husband, Alejandro de Tomaso, and the couple later started their own car company. (For more on de Tomaso’s background, see pedigree guru Sid Fernando’s blog.)

A longtime Thoroughbred owner and breeder, de Tomaso has maintained her family tradition. Irish War Cry is a fitting culmination of her efforts, as she’s cultivated his female line through the past four generations.

“If anybody deserves a nice horse, she does,” Huston said. “They’ve put a lot of time and patience and money into it. They deserve a nice horse.” 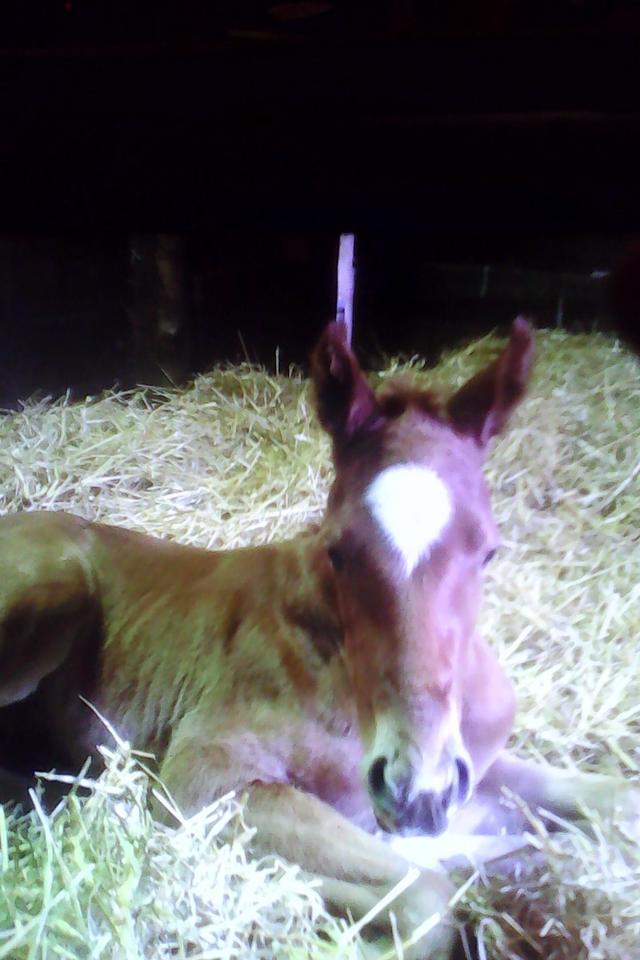